Jared Dudley brought a veteran's presence and poise to a tense situation, helping the Brooklyn Nets to a crucial win in their bid for the playoffs. 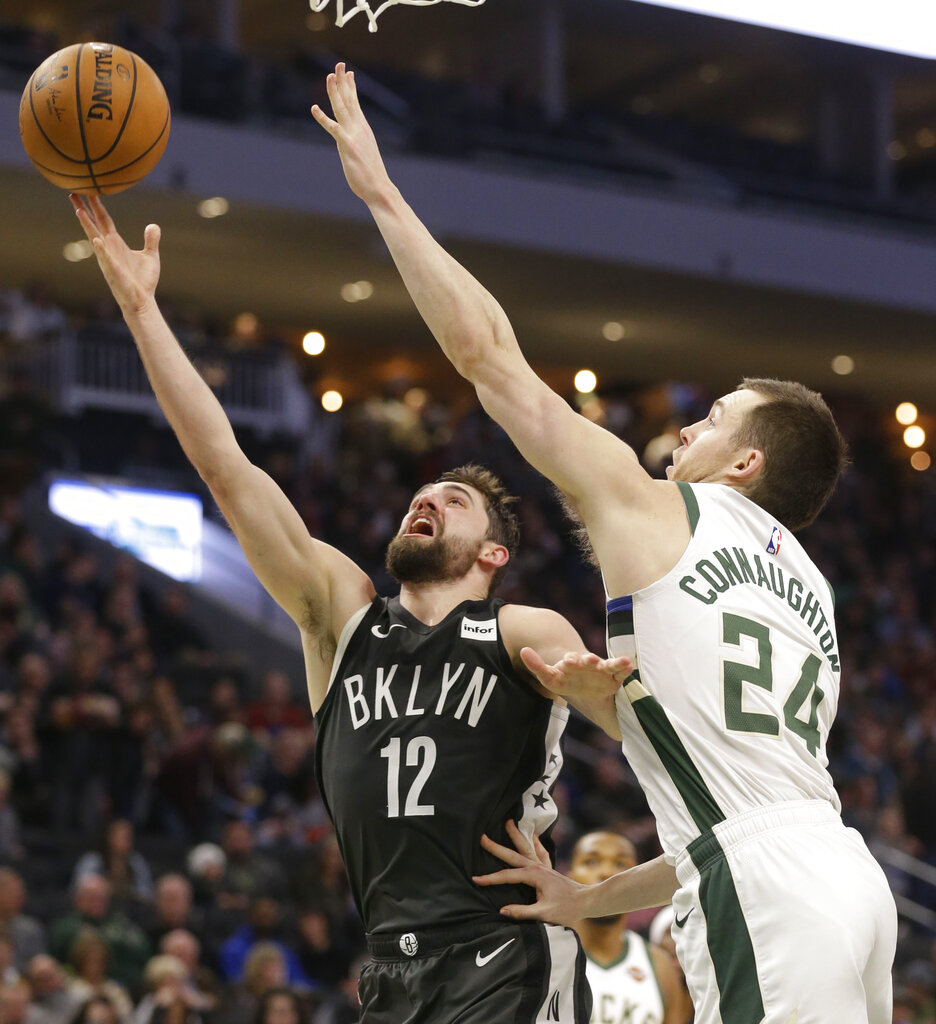 Brooklyn (40-40) made 19 3-pointers and placed eight players in double figures. D'Angelo Russell had 25 points and 10 assists, reserve Caris LeVert scored 24 points and Dudley collected 14 of his season high-tying 16 points in the second half.

The Nets, who had dropped four of five, moved into sixth place in the East. Orlando also is 40-40, and Detroit is a half-game back with a 39-40 record.

The Nets have tiebreakers with both the Magic and Pistons.

Milwaukee played without MVP candidate Giannis Antetokounmpo, who was sidelined by a left calf injury. The Bucks (59-21) clinched the NBA's best record with a road victory against Philadelphia on Thursday night.

"It was tough, even without Giannis," Dudley said. "I know that helped us. We just got key stops at the very end.

"I was playing center. They were going small ball. We wanted them to feel a little uncomfortable, having (Brook) Lopez having to guard a little more."

Nets coach Kenny Atkinson called Dudley "the X factor" and said his instincts and understanding of the league contributed to Brooklyn's first win in four meetings with Milwaukee this season.

Eric Bledsoe had 33 points and 11 assists for Milwaukee, and Khris Middleton finished with 24 points.

Bledsoe's two foul shots made it 128-126 Bucks with 2:30 left, but the Nets closed the game with a 7-0 run. Russell made two free throws, Harris drilled his tiebreaking 3 and Russell drove for a basket with 59.1 seconds remaining.

"It was a room-and-rhythm look," Harris said of his triple. "Sometimes the best opportunity to get a 3 off is on an offensive rebound."

Bucks coach Mike Budenholzer said Antetokounmpo was kicked or hit in the calf against the 76ers and understood sitting out could help him get ready for the playoffs next week.

"There has been a significant amount of success and winning that has helped him be less difficult," Budenholzer said. "I have flashbacks to the first couple games; he was upset every time I took him out of the game. When I think about that to where we are today, it has been great."

Bledsoe, who played a team-high 33 minutes, said the team would love to reach the 60-victory mark.

"We want to achieve it but at the same time we want to play the right way," Bledsoe said. "I thought we did a great job of doing that tonight.

Nets: Brooklyn finishes the season with games at Indiana on Sunday and home against Miami on Wednesday. ... The Nets' reserves outscored the Bucks' backups, 69-48. "Previously we tried to shorten our rotation," Atkinson said. "And I had a revelation, we need to play 10 guys. We were coming up short and I don't know if it was fatigue. We spread it around a little more and it worked out for us."

Bucks: F Ersan Ilyasova broke his nose during Thursday's game but played without a mask and contributed 12 points and seven rebounds in 25 minutes. George Hill had 14 points and Pat Connaughton finished with 13. ... Former Bucks players Sidney Moncrief and Jack Sikma were selected to the Naismith Memorial Basketball Hall of Fame on Saturday. Moncrief, a five-time All-Star and two-time NBA Defensive Player of the Year, spent 10 of his 11 seasons in Milwaukee. He ranks third on the franchise's career scoring list. Sikma played with the Bucks from 1986-91 after spending his first seven seasons with the Seattle SuperSonics.

Nets: At Indiana on Sunday.