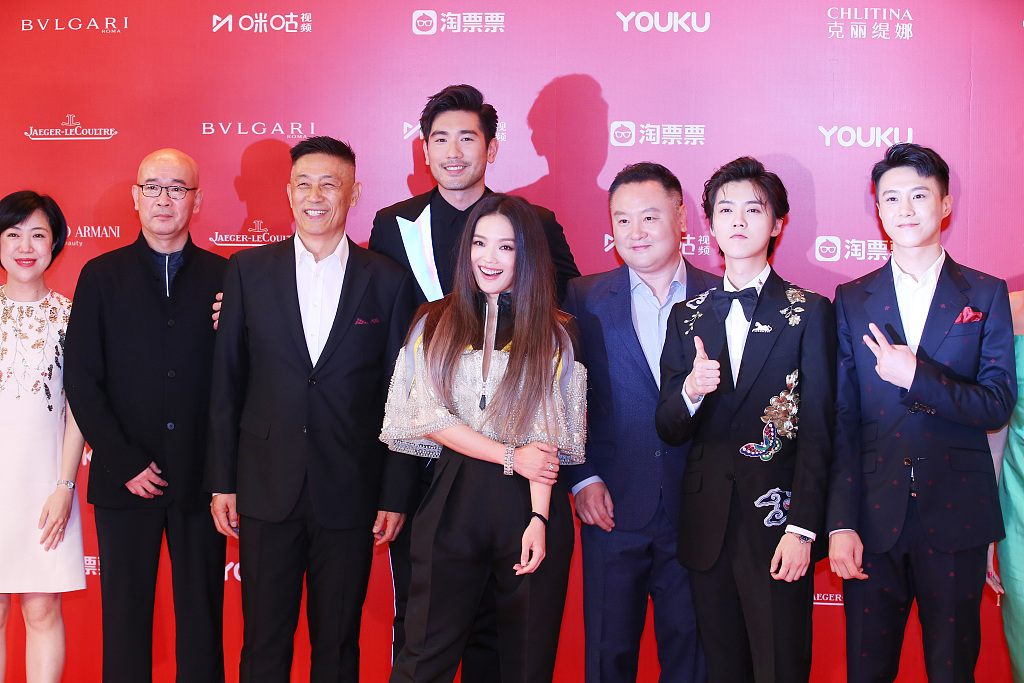 The film, directed by Teng Huatao and starring famed actress Shu Qi and singer-turned-actor Lu Han, is scheduled to hit the screens on August 9, it was announced at the ongoing 22nd Shanghai International Film Festival.

The movie adaptation of a same-name novel by Jiangnan depicts a battle between humanity and aliens in the city of Shanghai. It is bid as the first China-made blockbuster about a human-alien war in recent decades.

It is another high-profile movie to join the new club of China's domestic sci-fi movies, whose combined box offices are predicted to surpass those of foreign imports this year in an "unprecedented" development in China's movie history, said an industry report issued at the film festival.

Earlier this year, "The Wandering Earth," with a box office of 4.6 billion yuan (about 670 million US dollars), became China's second highest-grossing movie of all time, spurring heated discussions about the advent of a new era of China's sci-fi blockbusters.

"Chinese movie-goers are increasingly yearning for more than low-budget comedies and romance films. They have started to look for better-quality and bigger-budget films, such as sci-fi," said Teng, whose previous works include high-grossing 2011 romcom "Love Is Not Blind."

The latest report by the Maoyan Research Institute, powered by film database and ticketing platform Maoyan, highlighted the huge market potentials of the sci-fi movie genre, pointing to its increasing popularity among the young, the female and viewers in smaller cities.

Compared with Hollywood counterparts, Chinese sci-fi films' main appeals to the domestic audience include their casts, themes and emotional links, it said.

Speaking at a subforum of the film festival, Teng said while Chinese sci-fi filmmakers boast courage and sincerity, they are lacking in experience.

"We had to start from nothing when learning how to turn a sci-fi script into moving pictures," Teng said, echoing a widely-held view that the less industrialized movie industry is the main challenge facing China's sci-fi moviemaking.

"Only after shooting 'The Wandering Earth' did we realize how far away we're lagging behind from developed countries that have highly industrialized movie industries," said Guo Fan, director of "The Wandering Earth," at the film festival.

Guo, who expressed "cautious optimism" about the future development of China's sci-fi movie sector, called for more standardization in the industry.

China's movie market, the world's second largest, has long relied on Hollywood imports to satiate the high market demand for sci-fi movies, with the scarcity of home-made sci-fi films attributed to the low industrialization level in the movie industry, which pushes up the cost of everything from spacecraft interior to spacesuit props, a lack of experience and uncertainties in a market spoiled by imported sci-fi films.