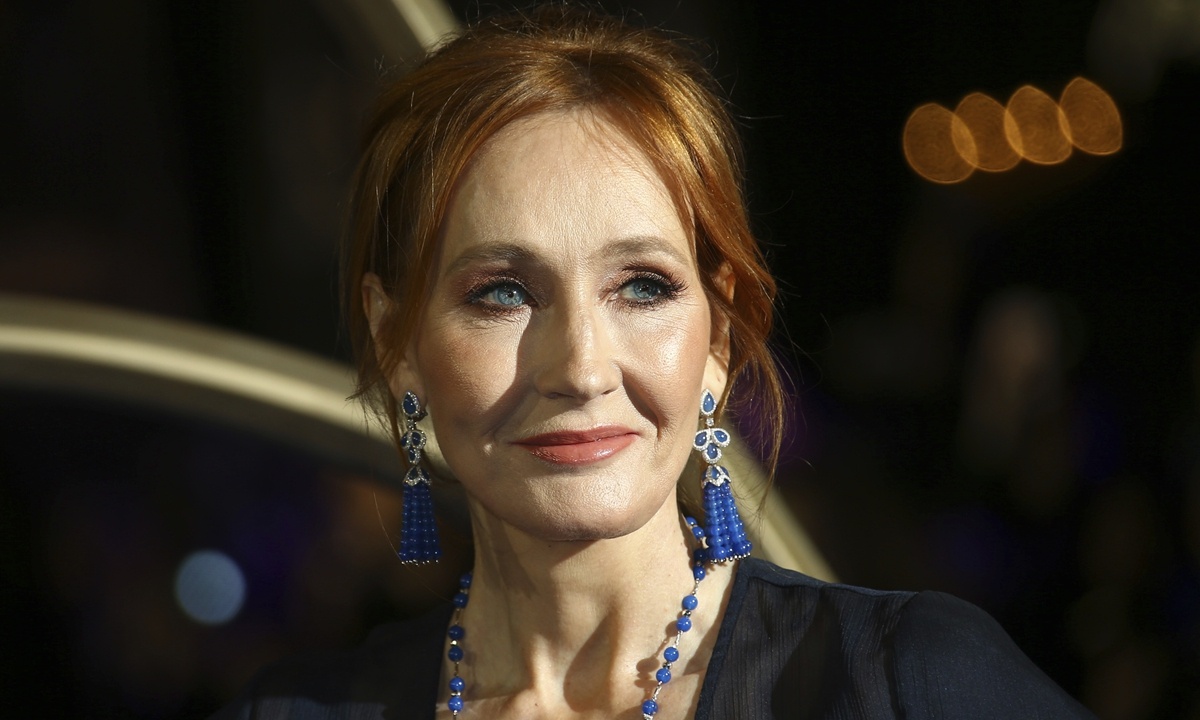 Author J.K. Rowling poses at the premiere of the film 'Fantastic Beasts: The Crimes of Grindelwald', at a central London cinema, Tuesday, Nov. 13, 2018. Photo: IC

Launch parties for the simplified Chinese version of British writer J.K. Rowling's new book The Ickabog was held in three cities in China on Tuesday.

Penned by the author of the phenomenal Harry Potter series, The Ickabog debuted at events in Beijing, Shanghai and Shenzhen in South China's Guangdong Province on Tuesday. Imported by the People's Literature Publishing House, the author's new book is not a continuation of the popular Harry Potter series, but still continues to show Rowling's distinctive style of incorporating magical, humorous and adventurous elements in her works.

Targeting readers 7 to 14 years old, The Ickabog tells a story that takes place in a rich and happy kingdom called Cornucopia. A rumor that The Ickabog, a monster that spits fire and poison, lurks within this heavenly place has begun to spread, sending the entire kingdom into a panic. Two children, Bert and Daisy, are determined to go on a journey to discover the truth and bring happiness back to the kingdom once more.

Based on a story Rowling created 10 years ago, The Ickabog aims to bring children joy and to increase parent-children interactions at home to combat the isolation caused by COVID-19 lockdowns.

"Then, in the spring of 2020, lockdown happened. It was very hard on children, in particular, so I brought The Ickabog down from the attic, read it for the first time in years, rewrote bits of it and then decided to publish it online for children stuck at home," said Rowling in a letter to her readers on The Ickabog's official website.

While Rowling is now the world's second highest-paid author, she started out as single mother suffering from poverty and depression as she pursued her dream to become a professional writer. In addition to her role as a writer, Rowling is also a philanthropist dedicated to tackling issues such as poverty, children's welfare and social inequality.

Rowling has sent out invitations around the world asking young readers to draw illustrations for her stories. Alongside the Chinese version, the book will also be published in other languages such as English, Russian and Spanish.