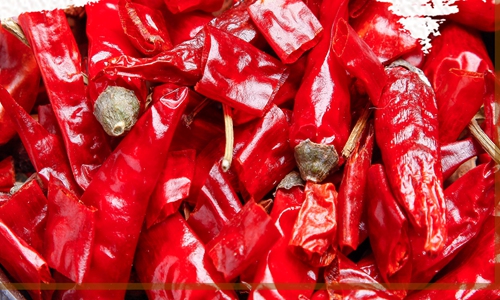 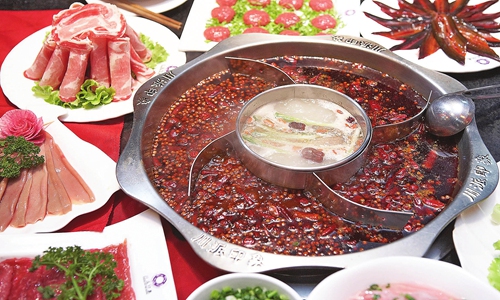 As temperatures dip into the sub-zeros and the cold winds grow stronger, Beijing begins to enter winter. For a lot of locals during this time of the year, there is nothing better than sitting down for some Sichuan hot pot with friends or family to let the blazingly hot spices warm up their bodies.

For people from Guangdong Province in South China, however, this comforting dream would actually be a nightmare as many of them do not like eating spicy food.

Whether or not some chili peppers should be added to a dish has been a question that Cao Yu and his family constantly wrestled with while he was growing up because his father is from Guangdong, while his mother is from Central China's Hunan Province, which is also known for its spicy food. Most of the time, his father relented out of love for his family and everyone ended up eating spicy food. This push and pull among family members, ignited Cao's interest in this spicy ingredient, leading him to research how chili peppers were introduced to China and its development in the country.

Cao, a researcher from the Center for Migration & Ethnic Studies at Sun Yat-sen University in Guangdong Province, began by looking into literature references, followed by extensive field research.

After years of work, he was finally able to present his findings in his book The History of Eating Spicy Food in China in June.

The book introduces several interesting tidbits of trivia about chili peppers. For instance, it was Afonso de Albuquerque, a Portuguese general, who introduced chili peppers to Asia in the 15th century. After he arrived in India, he started growing some plants he brought from North America, such as tomatoes, cashews, pineapples and chili peppers.

The book also touched upon the first time that chili peppers were mentioned in Chinese text. During the Ming Dynasty (1368-1644), Gao Lian, a writer from Hangzhou in East China's Zhejiang Province, wrote in his collection of various prescriptions for a healthy and long life known as Zunsheng Bajian, "The white flowers of fanjiao (Lit: foreign peppers) grow thick. The fruits look like broken ink brushes. They taste spicy, and their red color is rather pleasant."

At the time, rather than being grown for food, chili pepper plants were mainly ornamental.

Using the word fanjiao as a clue, Cao looked to the name of dishes to examine the development of chili peppers in China. In Chinese, the words hu, fan, yang were used for ingredients with exotic origins such as hujiao (pepper), huluobo (carrot), fanqie (tomato), fanshu (sweet potato), yangcong (onion) and yangbaicai (cabbage). Not always, but under most circumstances, hu indicates that the food was introduced to China between the Qin Dynasty (221BC-206 BC) and Song Dynasty (960-1279), while fan is associated with the period between the Tang Dynasty (618-907) and Qing Dynasty (1644-1911). After Qing, foreign food introduced to China mostly used yang. Another item of interest, hu indicates that the food was introduced to China over land, while fan and yang are linked with food that arrived by a marine route to China.

Cao noted that chili peppers, were primarily introduced to China through coastal regions such as the southern provinces of Guangdong, Zhejiang and Taiwan, as well as Liaoning Province in Northeast China.

Before chili peppers became part of Chinese people's diet, people first discovered its value as a medicine used to alleviate pain. Then later it entered kitchens as an ingredient for dishes. According to the early 18th century Gazetteer of Sizhou Prefecture, "haijiao [lit. sea pepper] is commonly known as lahuo [lit. spicy fire], the Tu and Miao [two ethnic groups in China] people use it instead of salt."

In a Q&A session on The Paper, a Chinese news website, readers and netizens who haven't read the book launched a series of intriguing discussions about consuming spicy food in China with Cao.

"The habit and capacity of eating spicy food varies from individual to individual. Interestingly, even in Hunan Province, many people don't eat spicy food," Cao wrote.