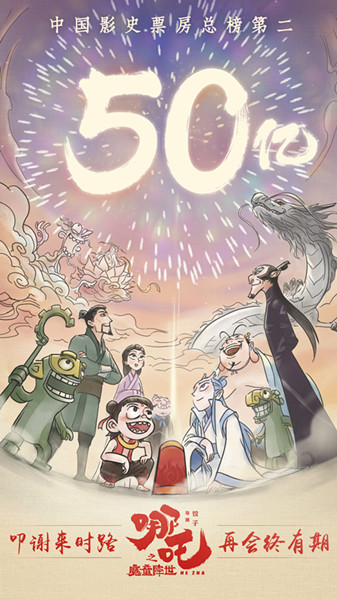 Towards the end of the year, China's film authorities did their 2019 tally and found discrepancies in the reporting of box office revenue after comparing their statistics with data from third-party ticketing platforms. This led them to conclude that there had been stolen or concealed box office revenue in some cinemas.

On Dec. 6, they convened an urgent meeting with nationwide cinema chains and issued an order to local cinemas to check their 2019 figures and report the corrected numbers. Errant cinemas which failed to comply would have their permissions to screen movies revoked.

But the biggest beneficiary of the amended reports is "My People, My Country," the anthology film screened during this year's National Day to commemorate the 70th anniversary of the founding of the People's Republic of China. It received a more than 120-million-yuan bump in box office revenue, resulting in its total gross shooting up from the original 2.99 billion yuan to 3.12 billion yuan. This shakeup also made it become the 8th highest-grossing film in Chinese film history, surpassing the comedy drama "Dying to Survive" (3.1 billion yuan).

Based on the new box office statistics, China's total box office gross in 2019 has reached 63.5 billion yuan as of Dec. 29 morning. This marks a new record in the history of Chinese film, and is a lot higher than last year's 60.98 billion yuan. 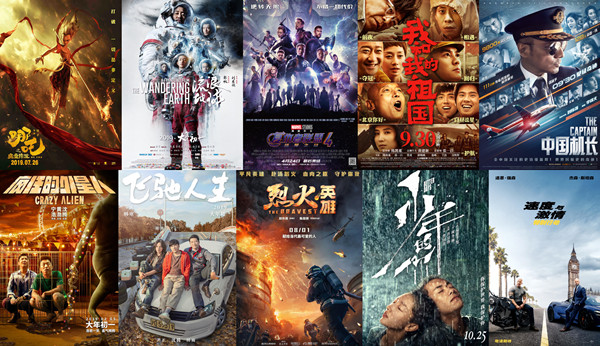 Posters of the top 10 highest grossing films of 2019 in China (Photo: China.org.cn)