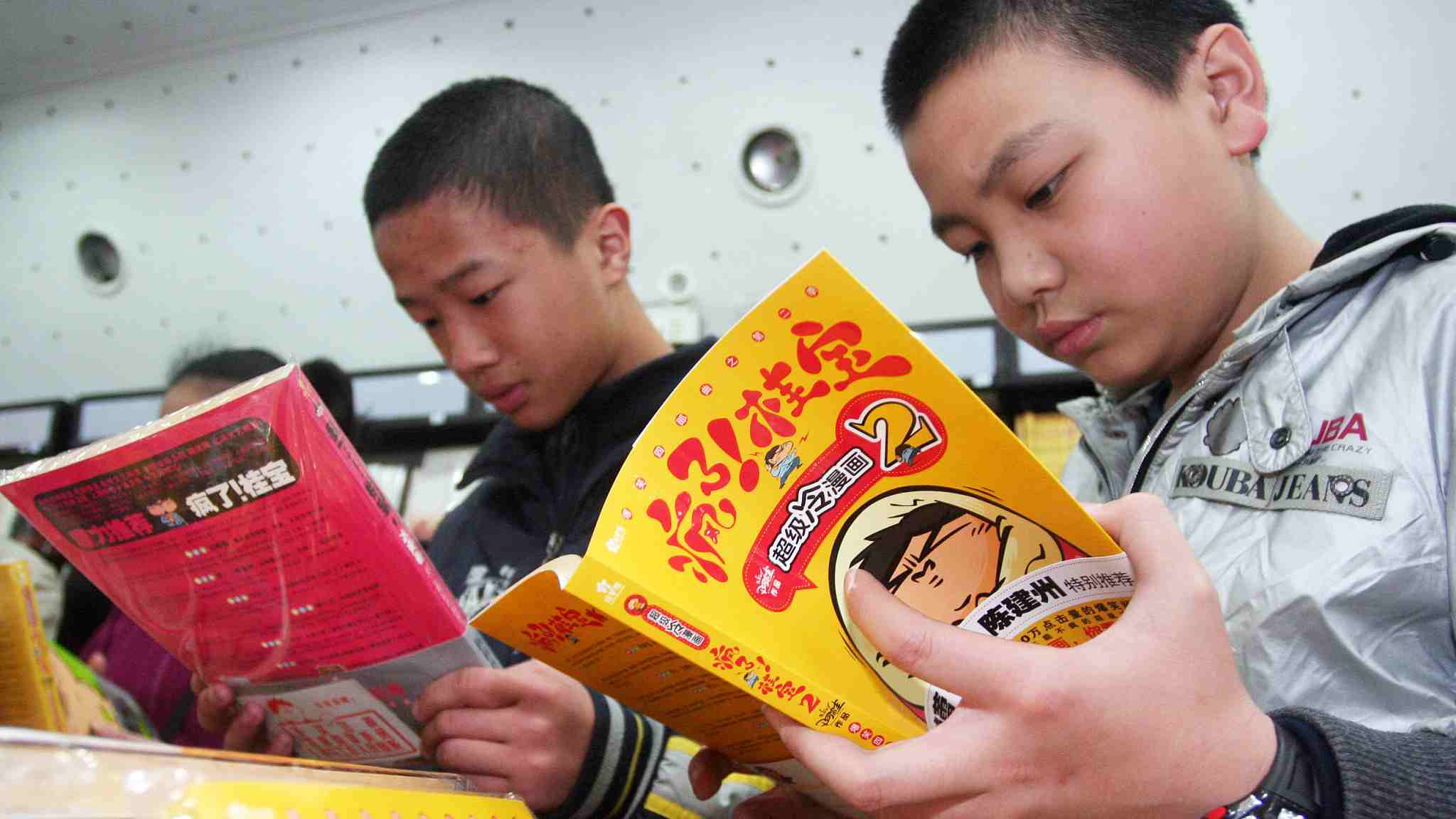 The Crazy! Kwai Boo series first debuted in 2009. Earning a large fan base over the years, the comic was adapted into an animation series and movie to become a major franchise in China.

The story follows a little boy named Kwai Boo whose pet phrase is "crazy!" As a young inventor, the Kwai Boo constantly goes on different adventures and invents various imaginative devices such as a robot housekeeper and flying shoes.

The comic series has sold more than 1 million copies so far. Produced in cooperation with 21st Century Fox, the first animated 3D film hit cinemas in the Chinese mainland in August 2015.

According to reports, another animated film adaptation is currently in works.

Other stories, such as Kwai Boo's struggle against acne and his creation of unique noodles that brings people good luck are also featured in the book.

"We want our kids to read stories with a bit more complicated plots and a wider range of knowledge, unlike other comic works dominated by animal characters," Gui Huazheng, the author of Kwai Boo, told the Global Times at a media event for the book's release on Sunday.