Inspired by the traditional paintings in the Forbidden City, new athlete uniforms no longer use red and yellow as the theme, which used to be dubbed home-cooked “scrambled eggs with tomatoes.” The blue and white color depicts the blue sky and white clouds, as a symbol of health and purity. 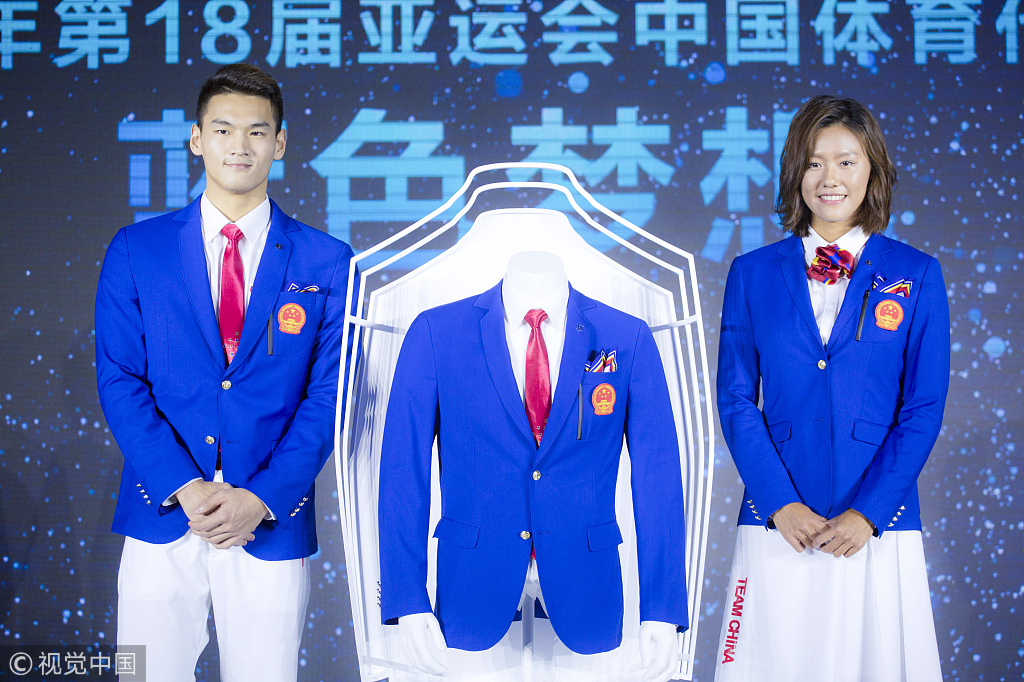 It only took Zhao Yufeng, the designer of this uniform, 59 days to complete the design. She named the uniform “blue dream,” hoping that Chinese athlete will never forget why they started and keep fighting for their dreams.

"TEAM CHINA" is used for the first time in the uniform. Symbols of national flag, the national emblem, and even the Forbidden City appear on the collar, buttons, male athletes' tie and towel bags, and female athletes' silk scarf and socks, highlighting the unique Chinese style. 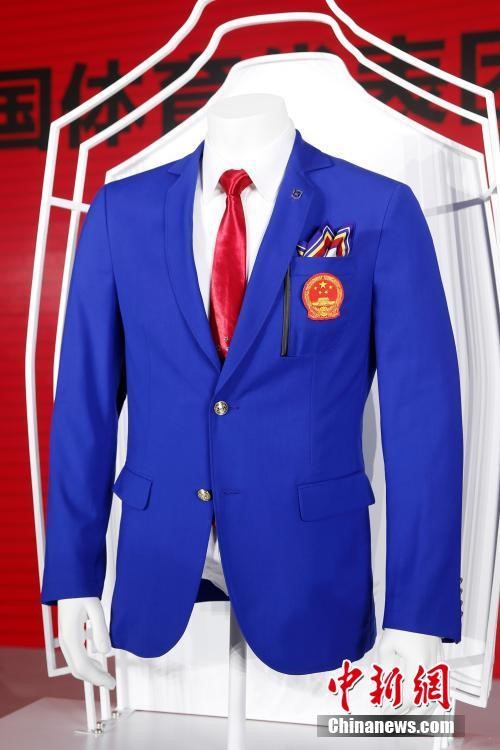 The designer changed the style of the uniforms to a light-sport style. The male athlete uniform is a suit and sports-style casual pants combo, while the female athlete uniform uses the suit and A-shaped stacked cover skirt combo. The uniform’s fabric is more suitable for the hot and humid Jakarta, one of the twin host cities of the 18th Asian Games in Indonesia.

Female swimmer Liu Xiang, who has just returned from her US training, is more satisfied with the peacock blue than the old red color. "My skin became very tan, but I look white in this uniform. I think it is pretty,” said Liu. Liu Xiang also hopes that the new uniform could bring luck to the Chinese sports delegation.

The 18th Asian Games will be held in Jakarta and Palembang, Indonesia from August 18 to September 2, 2018.