After the long absence of any show at the Walt Disney Grand Theatre, a new one, "Mickey's Storybook Adventure," will debut June 15. 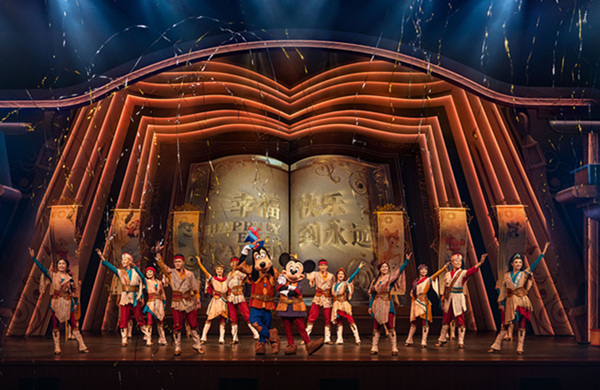 The ambitious new in-park live theater show will open to the general public on June 16 after the premiere for invited guests the previous day, marking the fifth anniversary of Shanghai Disney Resort.

"We are thrilled to introduce one of our most exciting in-park entertainment offerings to date, featuring some of our most beloved stories brought to life in a magical new way," said Joe Schott, president and general manager of Shanghai Disney Resort.

Featuring one of the largest numbers of on-stage performers of any indoor entertainment show at Shanghai Disneyland, including a cast of 23 live vocalists, characters, dancers and musicians, the musical production is a unique combination of music, live performances, animation and beautiful transformative scenery, integrating classic Disney storytelling and innovative state-of-the-art virtual and physical technologies.

For the first time at Shanghai Disney Resort, 23 Disney characters from 13 classic and modern Disney stories will be brought to life on a stage that features a fantastical magical library where a giant storybook of Disney adventures is kept.

The in-park show, which brings together a number of different musical production moments, focuses on Mickey Mouse and Goofy, who will set off on an adventure to return Olaf from "Frozen" to his section of the book and meet with characters from various Disney films, such as "The Jungle Book", "Mulan" and "Zootopia" along a 28-minute journey featuring 10 Disney songs. 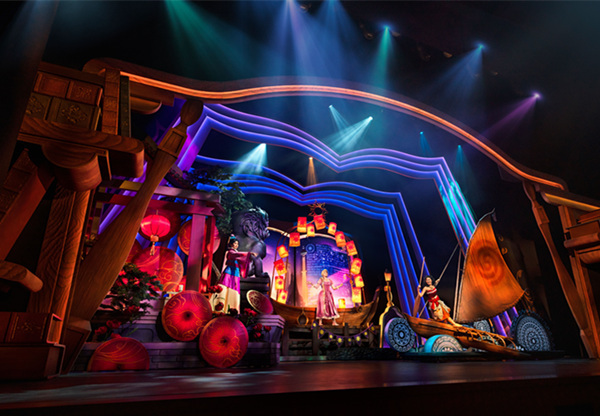 "We couldn't be more excited to share this stunning stage show with our guests," said Michael Jung, executive for theatrical development of Disney Live Entertainment. "With a wealth of incredible stage designs, amazing costumes, much-loved music, and a talented cast and crew, this new Broadway-caliber show is the latest example of the world-class live entertainment experiences that Disney consistently delivers to guests and fans around the world."

As the in-park entertainment, anyone who buy tickets to Shanghai Disneyland can go in to enjoy "Mickey's Storybook Adventure" without the need to buy a separate show ticket.

Walt Disney Grand Theatre has been renovated and redesigned for preparations for "Mickey's Storybook Adventure" since Disney's classic Broadway musical "Beauty and the Beast" ended its run in the theater in January 2020. The Chinese version of "Beauty and the Beast" was performed more than 500 times and is the longest and most successful residential musical show in China.