Chinese director Peng Fei told China.org.cn he chose the subject of "Japanese war orphans" to reflect on the destructive nature of war and the healing powers of parental love. 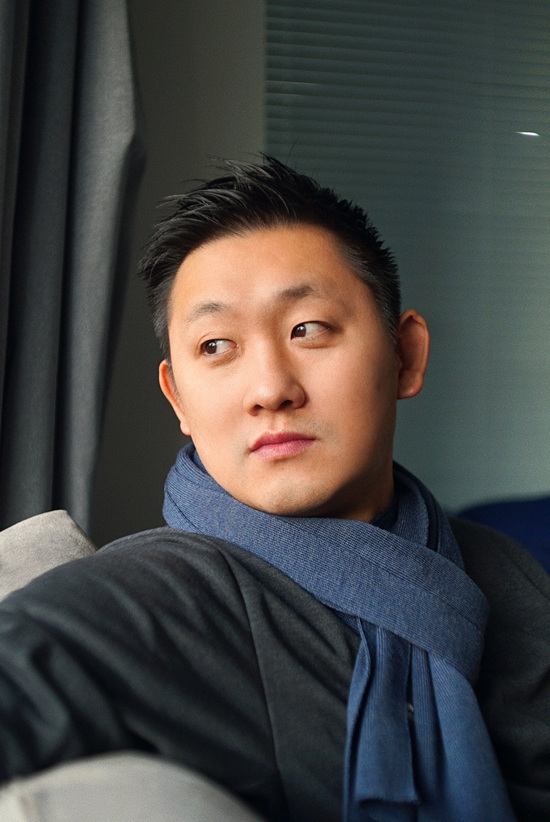 Peng's Chinese-Japanese co-production "Tracing Her Shadow" is a new film inspired by the true stories of Japan's "war orphans." The film centers around an elderly woman's journey to Japan to search for her missing adopted daughter, a Japanese war orphan, employing the help of a young woman and a retired Japanese police officer. While the film traces a heavy story, it does so often with light and sometimes hilarious tone - a hallmark of Peng's.

"The first thought in my head was to make an anti-war film," Peng said, "and I thought for a while as to how to find a new way or perspective from the point of view of ordinary people to tell an anti-war story. I then decided that war orphans and their Chinese foster parents would be a great subject to talk about - people of different nationalities forming an inseparable bond after the disastrous war."

The film specifically details the history of how in the final days of the Chinese People's War of Resistance against Japanese Aggression (1931-45), thousands of children left by fleeing Japanese families were adopted by locals in northeastern China. After China and Japan restored diplomatic relations in the 1970s, many of the war orphans returned to Japan, struggling to overcome the cultural differences and language barrier to settle in their new home.

Upon receiving an award for his directorial feature "The Taste of Rice Flower" at the Nara International Film Festival in 2018, Peng was invited by renowned Japanese filmmaker Naomi Kawase to the city to film his new movie. Kawase later brought her friend, veteran Chinese filmmaker Jia Zhangke, onboard, with both serving as executive producers.

"Many Japanese people know about the war orphans. It was a big topic back in the late 1990s and early 2000s in Japan. Naomi Kawase told me she felt this subject was quite good, and that my story could shine the light of humanity from the perspective of the common people. She hoped this film could serve as a bridge between our two peoples."

Peng was impressed by the professionalism of the starring Japanese actors such as Jun Kunimura and Masatoshi Nagase. According to Peng, both actors fully immersed themselves into their roles, especially Nagase, who, staying true to his role as a deaf-mute, would only communicate with the director through writing. 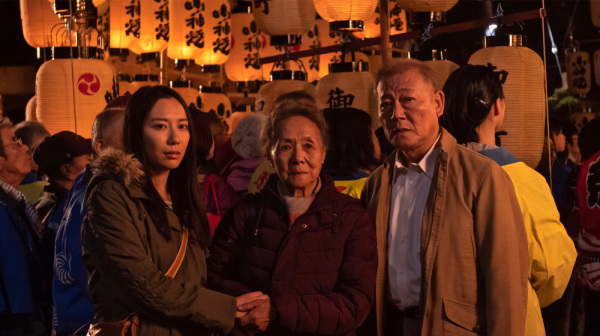 Peng too makes a cameo in the film as a Japanese butcher who uses hand signs and mimics the sounds of farm animals to communicate with Wu's character. "I have always loved comedy stuff. I had auditions with some Japanese actors, but in the end, I felt like I could do it better," Peng joked.

The director said that after staying in Japan for eight months to write and shoot the film, he began to grow homesick. That yearning for home inspired him to use Teresa Teng's Japanese-version ballad of "Goodbye My Love" at the end of the film.

"I wanted to have a song by a singer that was both popular in China and in Japan," Peng explained. "The familiar melody also made me feel comfortable and gave me a sense of security when I was a stranger in Japan."

Luckily, shooting wrapped before COVID-19 struck, but the pandemic still impacted the film's release plan and promotion, forcing its Japanese release date to be postponed and rendering the Japanese actors unable to travel to China to promote the film's release this Friday.

Nevertheless, Peng said that he hoped his film would show the world the care provided by Chinese foster parents, adding, "I hope every audience member is able to cherish today's peace and the loved ones around them."