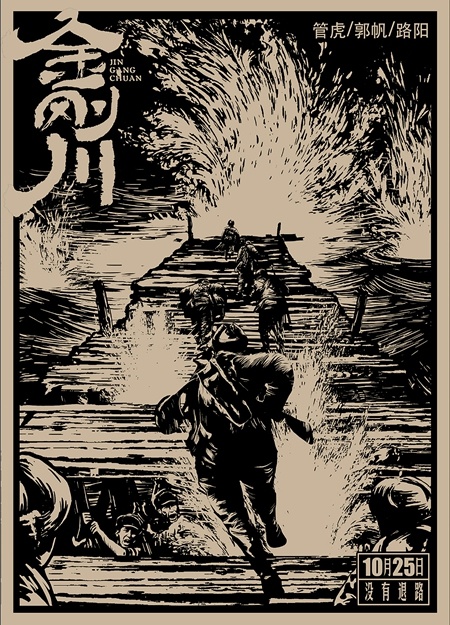 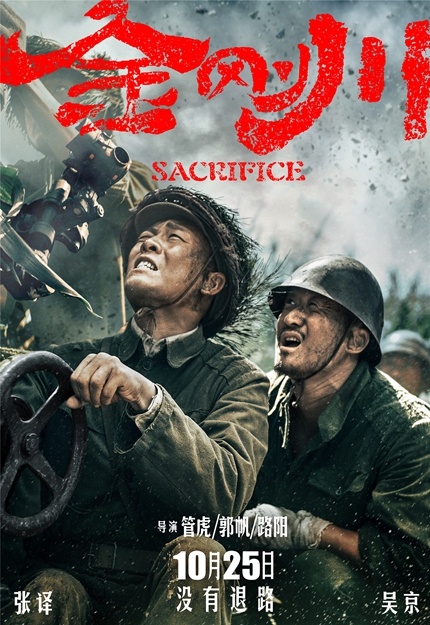 Sacrifice (Jin Gang Chuan), the latest Korean War blockbuster from Chinese directors Guo Fan, Guan Hu and Lu Yang has become one of the most highly anticipated movies as the entire nation commemorates the 70th anniversary of China's entry into The War to Resist US Aggression and Aid Korea (1950-53) and remembers the Chinese People's Volunteers (CPV), who sacrificed everything to aid the Democratic People's Republic of Korea (DPRK).

Released Friday, the film is just one of several Korean War films getting ready to head to screens in the Chinese mainland, now the world's largest film market. Major battles between the Chinese and US military, such as the Battle of Triangle Hill or the Shangganling Campaign, will take audiences to the crucial and bloody battlefields so they can feel the determination and belief that Chinese soldiers held.

For many Chinese like myself, we feel a duty to head to the cinema to watch these films so we can stand witness to this period of history and remember how our fellow countrymen fought against the strongest power in the world while severely under-equipped. In the end, 197,653 soldiers sacrificed their lives to force the US military to retreat and reach a truce in 1953.

With three of China's best directors - Guo Fan (The Wandering Earth, 2019), Guan Hu (The Eight Hundred, 2020) and Lu Yang (Brotherhood of Blades, 2014) - directing, Sacrifice is sure to be an entertainment hit both in terms of its action scenes and storytelling.

The film is a simple story about Chinese combat engineers trying to build and repair a bridge that is under constant bombardment by US forces.

The three directors will tell the story from three different angles in order to paint a full picture of the war and what motivated these young soldiers, most of whom were only 18 or 19 years old, to run into hell to secure the bridge.

It is impossible for us, who are living in a time of peace to imagine such a war without movies such as Sacrifice.

For historical reasons, Korean War films and TV series have been absent from Chinese screens for a period of time.

Now, thanks to the efforts of those working in the film and TV industry, they will return to cinemas with more significance and hope for Chinese people, who always hope to achieve peace and defend our nation.

Even though the war took place decades ago, the stories of the 2.9 million CPV soldiers are worth being adapted into various film productions. After all, what we have today was brought about by their efforts.

So I am glad to see people pay tribute to these heroes on social media and that their stories are not forgotten.

This weekend millions of Chinese people will walk into cinemas to remember them, which is sure to help China's box office continue to grow and increase the gap with the box office of the US, just like how we beat its military 70 years ago.