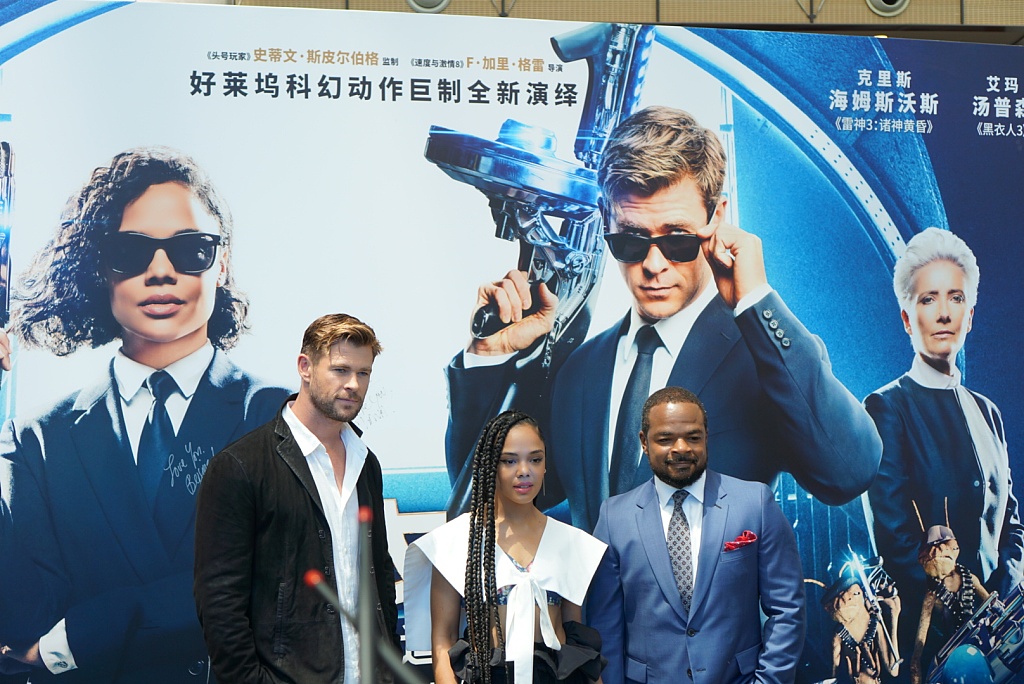 Starring Chris Hemsworth and Tessa Thompson, the film follows MIB agents' endeavor to protect the earth from the scum of the universe and to remove a mole in the MIB organization.

The film has grossed over 6.8 million yuan (about 983,952 U.S. dollars) in presale at the Chinese mainland box office.

The 2012 film "Men in Black III" raked in over 500 million yuan on the mainland. Enditem