New method to take care of children in summer holiday 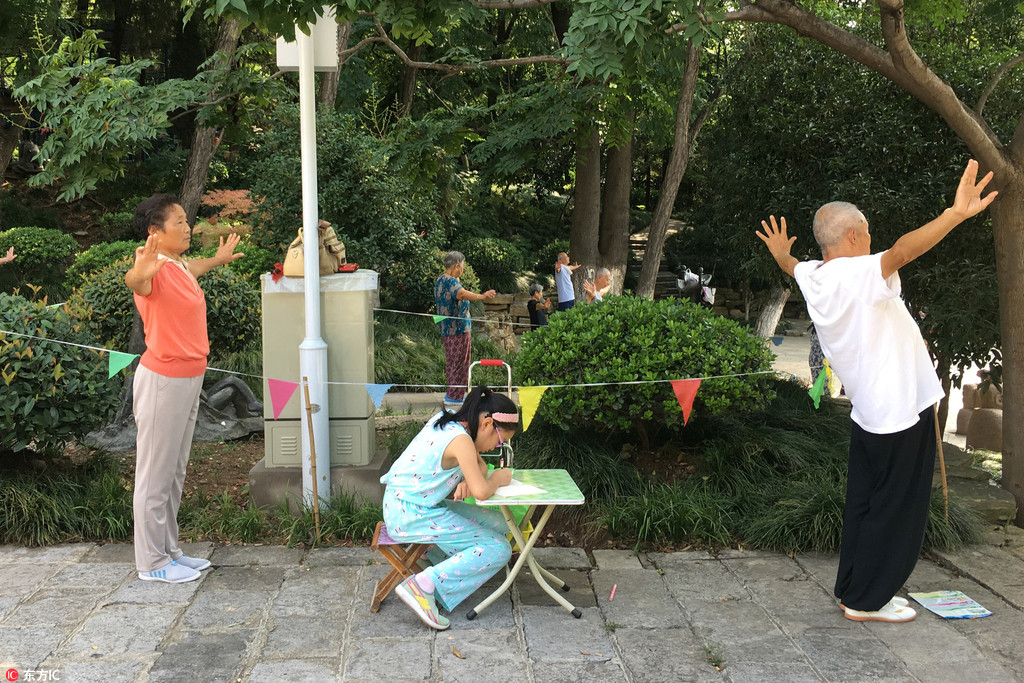 A 10-year-old girl was seen doing homework with her neck deep in books at Xiangshan Park in Huaibei City, Eastern China’s Anhui Province on Sunday morning. Nearby, both her grandparents were doing exercise. 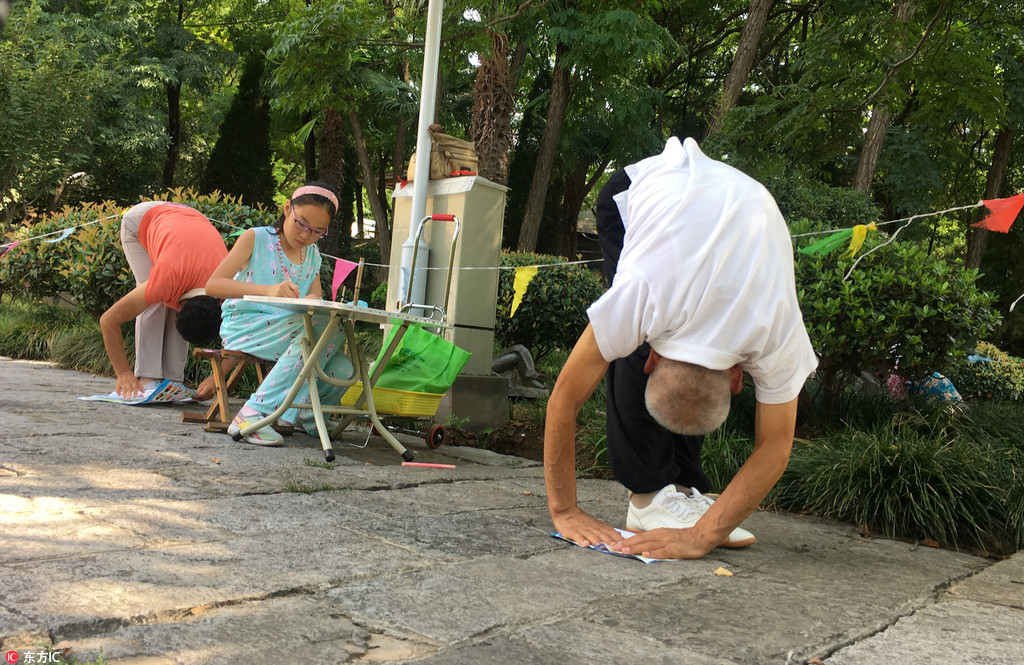 A neighbor passing by remarked, “It is really a smart way to take care of children. The grandparents did exercise and avoided leaving the children alone at home in the meantime.” 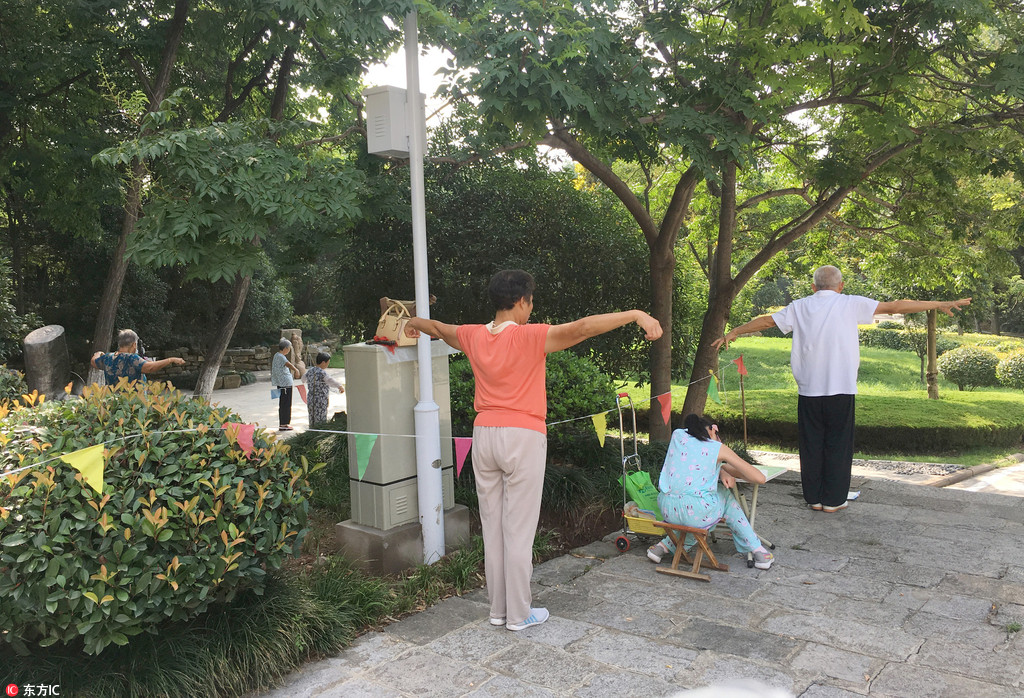 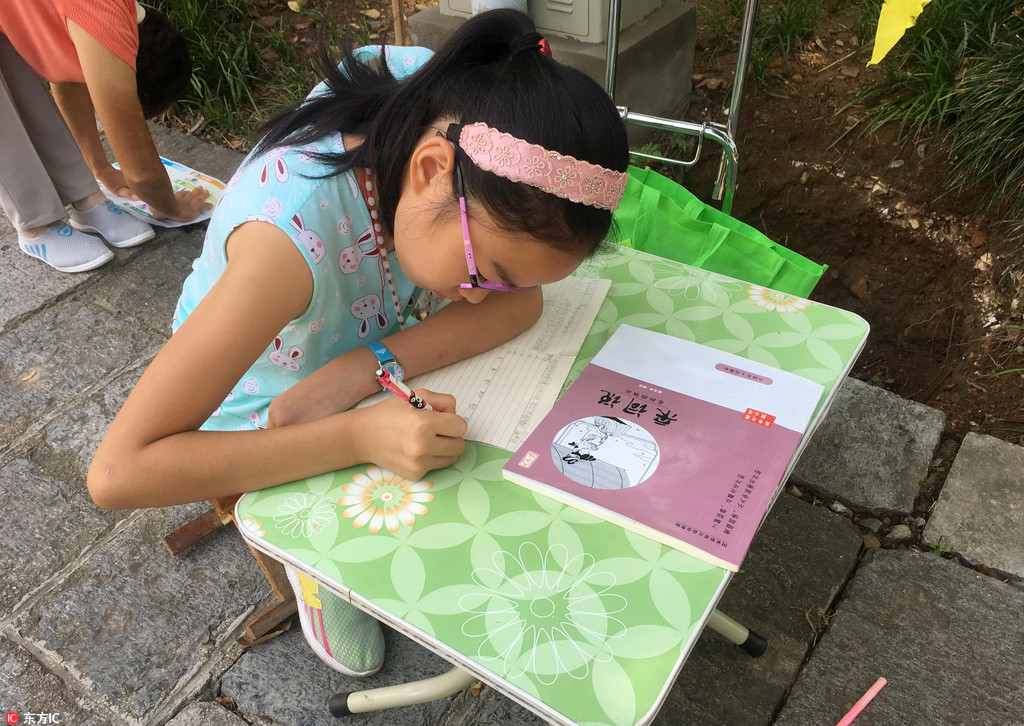