The German Air Force has donated one of its Tornado fighter planes to the New Mexico Museum of Space History, and major preparations are underway to move the plane to its new home. 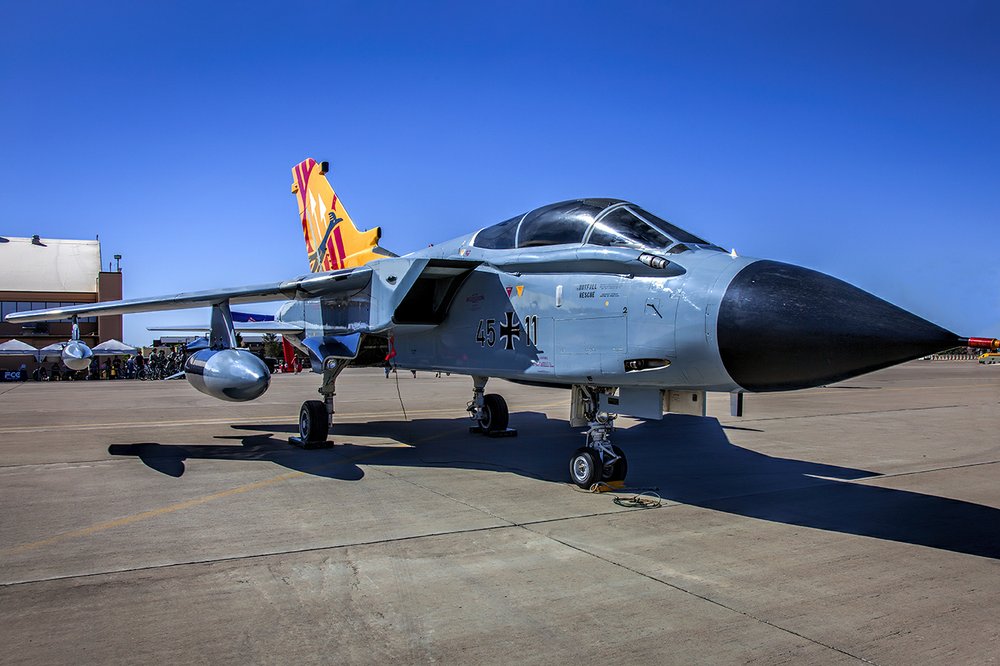 The twin-engine combat aircraft is slated for permanent display on the museum grounds in Alamogordo. For the last several years, it has been in front of the German Air Force headquarters at Holloman Air Force Base.

The move is planned for Jan. 12, when the first leg of the journey will take the aircraft from Holloman to the Otero County Fairgrounds. After a public event, it will be moved in the following days the rest of the way to the museum.

The aircraft is too large to move through either the main gate or the west gate at Holloman. It will be taken through the La Luz gate, travel to US 54/70 and then proceed south into Alamogordo.

Johnny Powell, executive director of the International Space Hall of Fame Foundation, has been coordinating the details of the move, which involves the cooperation of 17 different agencies and businesses.

“From the German Air Force and Holloman, to city, state and county agencies, along with utility companies and a variety of different contractors, everybody is pitching in to help,” Powell said.

The 56-foot-long plane will be towed slowly across the air base. At the La Luz Gate, special ramps will be built across curbs, at least one light pole will come down and all hands will be on deck as the aircraft zigs and zags between power lines, barricades and fencing.

Once clear of the gate, the convoy will continue along La Luz Road, with power companies clearing the way ahead. Some temporary power outages are expected as some power lines are lifted and others are disconnected so the aircraft can pass through.

The public is invited to the fairgrounds on Jan. 13 for the official hand-off of the plane from the German Air Force to the museum.

Officials say the aircraft will be one of three Panavia Tornados on public display in the United States. The other two are at the National Museum of the United States Air Force at Wright Patterson Air Force Base in Ohio and at the Pima Air and Space Museum in Tucson, Arizona.