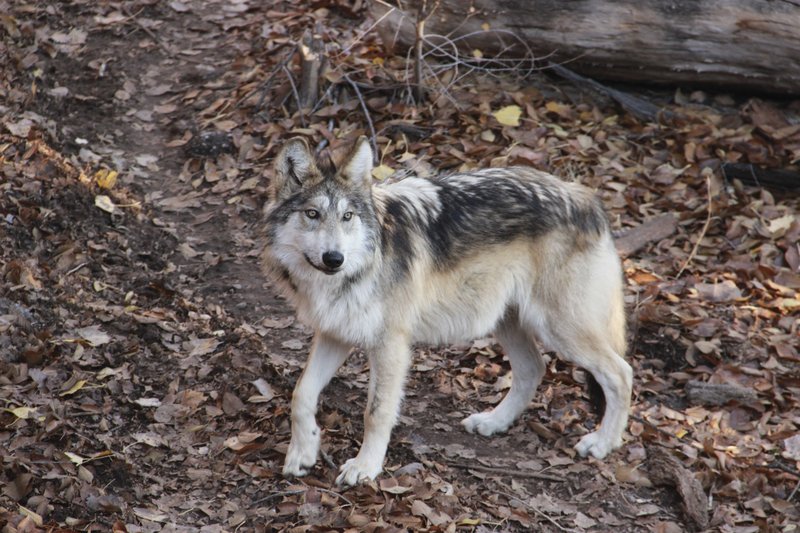 This Nov. 22, 2019 image provided by the ABQ BioPark shows Archer, a Mexican gray wolf that was born in May at the zoo in Albuquerque, New Mexico. (Photo: AP)

Albuquerque’s zoo is celebrating the survival of one of three Mexican gray wolf pups born at the facility this year.

ABQ BioPark officials say the pup has grown over the last several months and is becoming more curious and confident.

The births of the pups in May marked the first time in nearly 15 years that the BioPark welcomed Mexican wolf pups. To date, the zoo has had 72 pups born, although not all have survived. About 30% of all Mexican wolf pups die within the first year.

The BioPark also temporarily holds and cares for injured wild wolves that need medical treatment or rehabilitation. Two wolves that arrived in November were from separate packs in Arizona and New Mexico and had both been caught in leg hold traps. Both are expected to return to their wild packs after a little more care and rehabilitation.

The rarest subspecies of gray wolf in North America, Mexican wolves have struggled to gain ground since first being released in 1998 as part of an effort to return the animals to their historic range in the American Southwest. The challenges have included poaching, politics, legal challenges and even complications from a lack of genetic diversity.

The population is still far from what biologists had initially envisioned by now, and animal protection groups have grown more concerned about trapping. Defenders of Wildlife estimates that there have been 13 wolves caught unintentionally in traps in the last four years, with three occurring in 2019.

Bryan Bird, the group’s southwest program director, said Thursday with populations in New Mexico still recovering, the loss of any endangered wolf is unacceptable. He urged the New Mexico Game Commission to close areas within the wolf recovery area to commercial and recreational trapping.