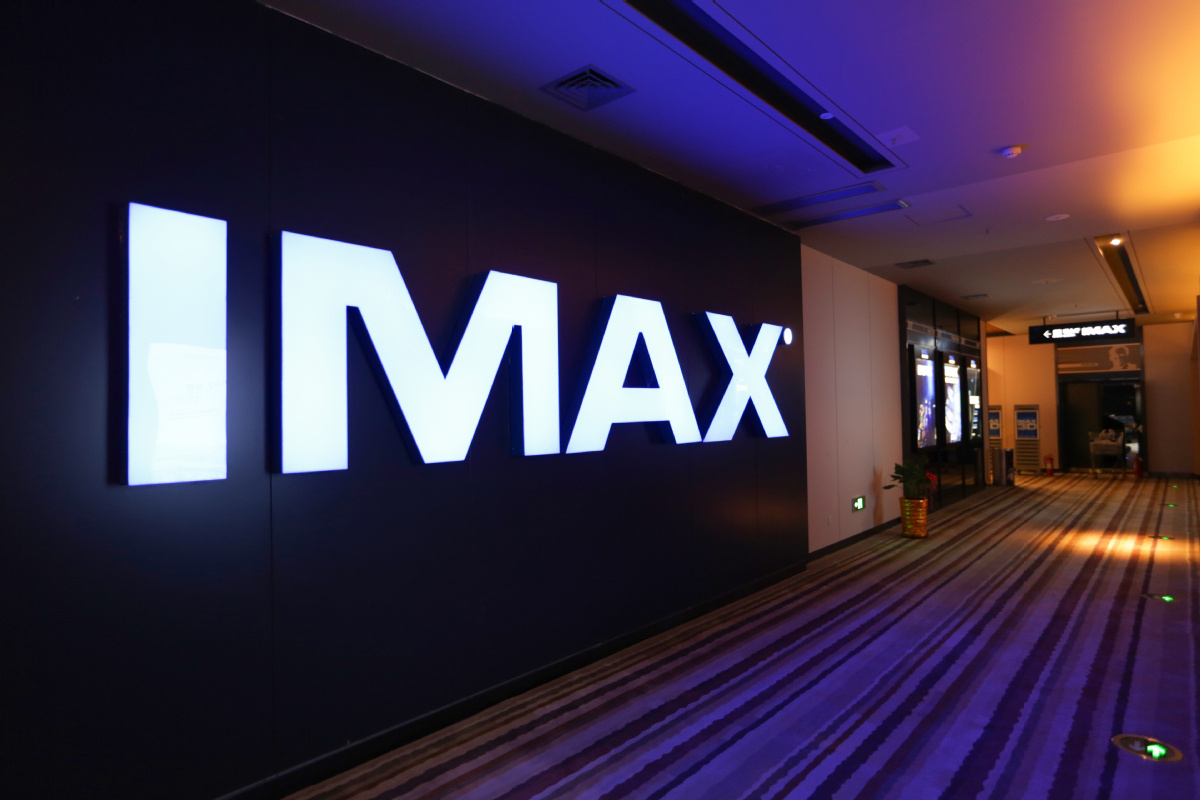 An IMAX cinema that is waiting for the reopening. (Photo provided to China Daily)

BEIJING -- IMAX, 3D, 5G and VR -- These were dominant themes at the 10th Beijing International Film Festival that concluded on Saturday.

"5G together with other technologies like cloud computing, big data and artificial intelligence are going to shape the film industry in China," said Zhang Wei, director of the China Film Science and Technology Research Institute.

"From black-and-white movies to color films, from 2D to 3D and IMAX, the film industry has seen multiple revolutions and changes upon the emergence and upgrading of film-related technologies," noted Chen Sicheng, a Chinese movie director.

In 2010, when the American science fiction movie "Avatar" was screened in China, tickets were snapped up and cinemas were overflowing with audiences. The Chinese market for 3D films has been growing ever since.

China has introduced favorable policies for the application of 5G, AR, MR and other emerging technologies in the film industry, according to film industry insiders at the festival.

It took China, now the world's second-largest film market, less than 10 years to grow its box office revenue from 1 billion yuan (about $145.66 million) to over 60 billion yuan.

Andre Morgan, producer of Oscar-winning film "Million Dollar Baby," said China has made a significant leap in its film industry.

"Both its selection of themes and the leveraging of special effects have reached world standards. In fact, there is not much difference between China and Hollywood in the level of film production, and China has become a world-class film production center," he said.

Sun Jiashan, an associate researcher of the Chinese National Academy of Arts, pointed out that the popularity of many Chinese-made movies including "Wolf Warrior 2" and "The Wandering Earth" over recent years has proven the huge potential in China's growing film market.

"Compared with Hollywood, there are not many box office blockbusters among made-in-China movies. But China is on the right track by attracting more experts in the field and continuing to optimize its systems and policies for the film industry," said Feng Wei, vice president of the Asia-Pacific region and president of the Greater China region of the Motion Picture Association of America.