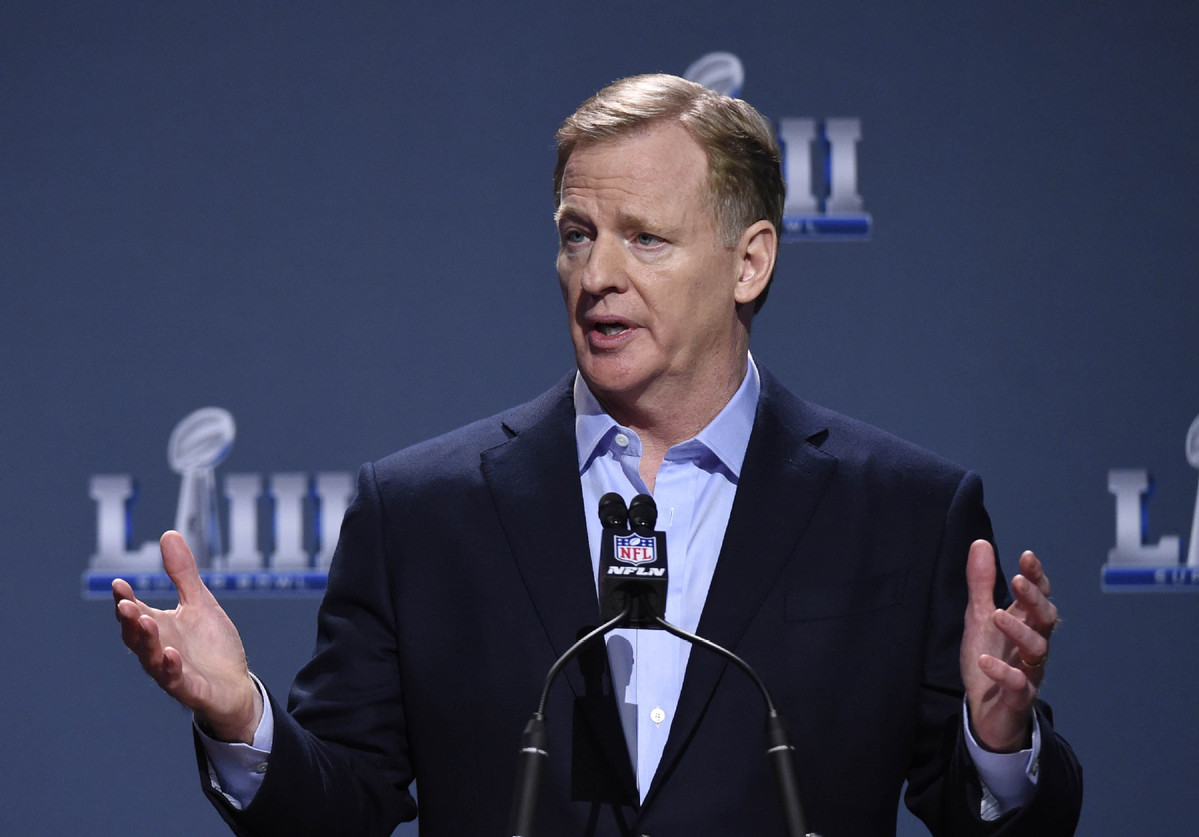 While the National Football League has played annual regular-season games in England and Mexico since 2007, Chinese fans have still yet to experience a clash of gridiron goliaths.

They may not have to wait much longer.

On Wednesday, NFL commissioner Roger Goodell, in Atlanta for Sunday's Super Bowl LII (53) between the New England Patriots and the Los Angeles Rams, described China as a "priority market"－a possible hint that the world's most populous nation could soon stage a game.

During his annual "state of the league address", Goodell said he hoped that "some time in the next couple of months we are going to have some very exciting announcements".

The National Basketball Association has watched China become its largest overseas market, while the National Hockey League and Major League Baseball have also established a presence with preseason games there.

The NFL has made attempts to stage a game in China since 2007, but logistics, player concerns and uncertainty about how the game would be received scuppered those plans.

If a game were played in China in the fall of 2019, it would coincide with the NFL's 100th anniversary.

"We believe that our game has a great deal of potential to expand, to grow and bring new fans into our game," Goodell said. "We have had double-digit growth this past year in China in our fan base and people engaging with our game. So we are excited by it."

The NFL is wooing more viewers in China as a result of streaming deals with Chinese internet giants. More than four million people watched the NFL's conference championship games (Patriots vs. Kansas City Chiefs in the AFC, New Orleans Saints vs. Rams in the NFC) on Jan 19.

That figure was an increase of over 150 percent from the previous year, according to Richard Young, NFL managing director in China. "More people are watching for longer," he said.

The league announced a digital partnership with Youku, Alibaba Group's video entertainment platform, in December. The NFL previously signed a streaming agreement with Tencent in 2017.

The Patriots were once scheduled to play a game in China in 2007, but the preseason contest versus the Seattle Seahawks never materialized (the Seahawks, incidentally, played a preseason game in Tokyo in 1990 during the American Bowl era, a series of NFL exhibition games held outside the US from 1986 to 2005).

There were also discussions that the Rams would play the San Francisco 49ers last season in China, but that went awry.

The NFL has to balance the needs of its season-ticket holders, who lose a game if one is played outside the US, against the league's desire to expand its global audience.

In June 2017, Patriots quarterback Tom Brady made a trip to the Great Wall.

"My dream is to play a game here in China someday," five-time Super Bowl winner Brady was quoted by ESPN at the time. "We had an opportunity, I think, 10 years ago, and my team was going to play here, and unfortunately it didn't work out.

"But one day I hope that there are many games here, and over the course of a year, because it's such a great sport and because I love it so much."