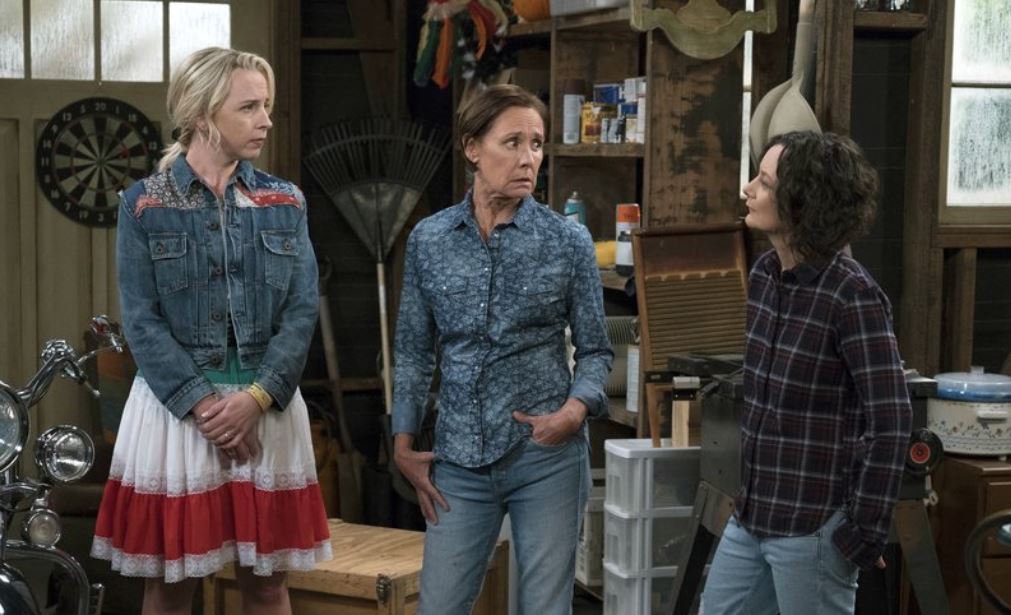 This image released by ABC shows Lecy Goranson, from left, Laurie Metcalf and Sara Gilbert in a scene from "The Connors," airing Tuesdays on ABC. (Photo: Eric McCandless/ABC via AP)

The 10.5 million people who tuned in to ABC to watch the premiere of ABC’s sitcom “The Conners” is a classic half-full, half-empty story.

It was the first time the old “Roseanne” cast had appeared without Roseanne Barr, and viewers were curious how the sitcom would deal with her absence after being fired by ABC. (Spoiler alert: she died because of an opioid addiction).

The Nielsen company said Wednesday the audience for “The Conners” was larger than any other ABC show this new season, either new or returning. It was bigger than any new show on any network, narrowly beating NBC’s “Manifest.”

Yet it could not approach the 18.2 million people who watched the first episode of the “Roseanne” reboot last spring.