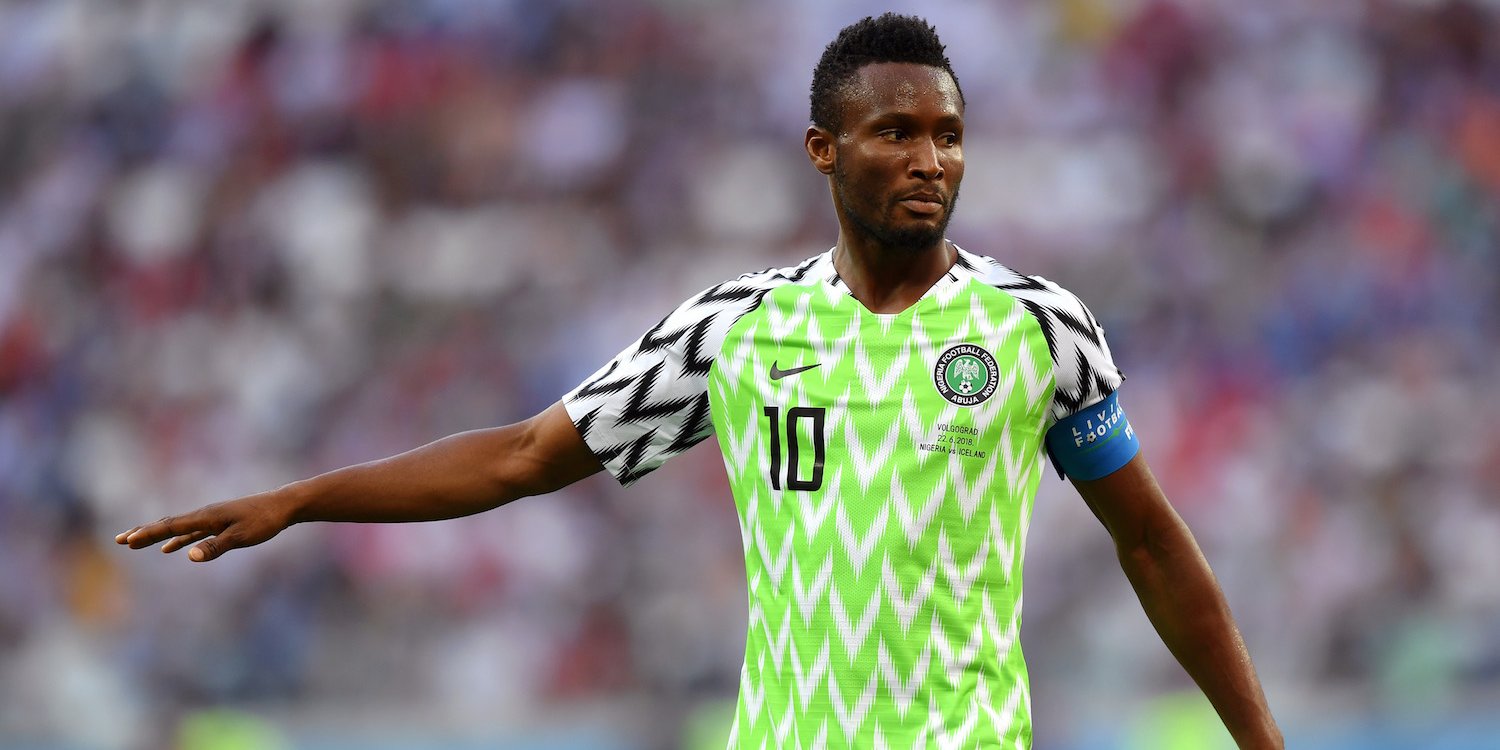 Nigeria captain John Obi Mikel played in a crucial World Cup match against Argentina four hours after being told his father had been kidnapped for ransom back home and would be shot if anyone talked to the police.

"I had to shut it out of my head and go and represent my country first," Mikel said.

Mikel decided to hide the news from his teammates and coach so as not to destabilize the team and went ahead and played the game in Russia, the midfielder said in a statement released by his management company on Tuesday.

Mikel's father, Michael Obi, was rescued from armed kidnappers by Nigerian police following a shootout in a remote, forest area in southeastern Nigeria on Monday, nearly a week after his abduction.

That allowed the player to talk about the incident publicly.

Police said Michael Obi, who was rescued along with his driver, had "recovered from the trauma of the kidnap."

It was the second time Michael Obi had been kidnapped in Nigeria.

Mikel said he received a telephone call in St Petersburg on Tuesday telling him of his father's abduction as the Nigeria team was heading to the stadium to play in the World Cup against Lionel Messi and Argentina.

Nigeria lost 2-1 after a late Argentina goal and was eliminated from the World Cup as a result. Mikel played the whole game knowing that his father was in serious danger.

"I was emotionally distraught but had to make a decision about whether I was mentally ready to play the game," Mikel said in his statement. "I was confused. I did not know what to do, but in the end I knew that I could not let 180 million Nigerians down.

"I could not even inform the coaches or NFF (Nigeria Football Federation) staff, and only a very tight circle of ... my friends knew. I was told that they would shoot my dad instantly if I reported to the authorities or told anybody."

The kidnappers demanded a ransom of $28,000 for Mikel's father, according to Nigerian police in the southeastern state where his father was rescued.

But police spokesman Ebere Amaraizu told The Associated Press that Michael Obi was rescued along with his driver after a shootout and no ransom was paid. The two men had been held by the kidnappers for nearly a week after being abducted on a road while traveling from the central city of Jos to a funeral in the southeastern state of Enugu.

Kidnappings for ransom targeting family members of wealthy people are common in Nigeria, an oil-rich nation of nearly 200 million people and Africa's most populous country.

Mikel, one of Nigeria's most successful players, was at Chelsea in the Premier League from 2006-17. He moved to Chinese club Tianjin Teda last year.

His father was also kidnapped in 2011, when the kidnappers demanded a $4 billion ransom from Chelsea.

On that occasion, Michael Obi was kidnapped in Jos and rescued in the northern city of Kano, 190 miles away, 10 days later.

Mikel said he desperately wanted to talk about his father's latest kidnapping with Nigeria coach Gernot Rohr at the World Cup but thought it would upset the team, and so kept quiet.

"I did not want my issue to become a distraction to the coach or the rest of the team on the day of such an important game," Mikel said. "So as much as I wanted to discuss it with the coach, I could not do it. Thankfully he (Mikel's father) is now safely released."