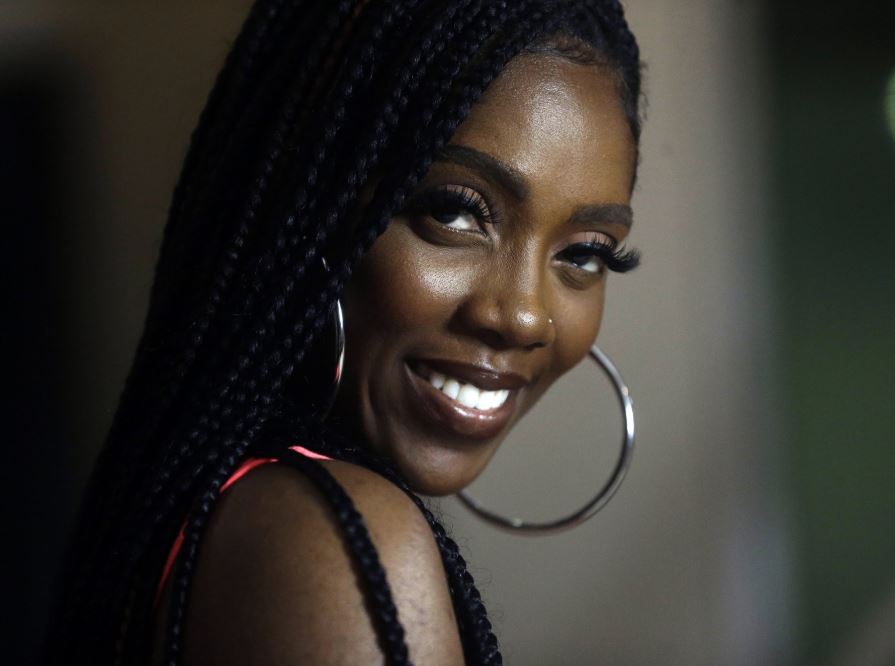 Nigerian singer-songwriter Tiwa Savage, poses for a photo, prior to an interview with The Associated Press in Lagos, Nigeria on May 2, 2019. (Photo: AP)

Nigerian singer-songwriter Tiwa Savage says there’s a “revolution going on” in African music and she is “very humbled and excited” to take her music to a worldwide audience.

Savage is one of the world’s leading Afrobeats artists and the first African artist to sign a global deal with Universal Music Group. It seems, however, she forgot to tell the most important person in her life.

“My mom was, ‘Tiwa! Why didn’t you tell me all along?’ I’m like, ‘Mom, I know you can’t keep a secret.’ But she’s excited. We have a family group chat and she was just like, ‘Tiwa has crashed the internet again today!’ And she put a smiley face. So she’s super, super proud of me.”

The Afrobeats scene is vibrant, she told The Associated Press. Even though international audiences may not understand some of the language “they can feel the soul in the music” and the themes of her songs are universal. “I think a lot of people know me for love, for love stories. Good or bad.”

In November, the 39-year-old became the first woman to win the MTV Europe Music Award for Best African act, which she said was “incredible” and “wasn’t just a win for me . it was a win for the African woman.”

Tiwa, or Tiwatope, was born in Lagos but spent part of her childhood in London with her mother, where she experienced many her early musical influences.

She now takes daily inspiration from her peers both at home and overseas. “Obviously I’m inspired by the Rihanna and Beyonce brand but more so like Wizkid, Davido and Don Jazzy, D’banj, 2face, even from South Africa like Cassper and AKA.”

In December, Savage was chosen by Coldplay’s Chris Martin to perform at Global Citizen Festival in Johannesburg. There she met Jay-Z, who she said was “incredible.”

“You know he’s the type of person that walks into a room and everyone’s like, ‘Oh my God. It’s Jay-Z.’ And he has a lot of knowledge and he’s not afraid to pass that on, you know, to every artist that he comes across.”

Despite breaking boundaries, Savage acknowledged that it’s been tough working in a male-dominated industry, “especially as a mom,” but that has also made her work harder.

“I do believe as women we are a lot stronger than what we give ourselves credit for,” she said. “So there’s not anything I can’t handle.”