Ninth edition of Comic Strip Festival kicks off in Brussels 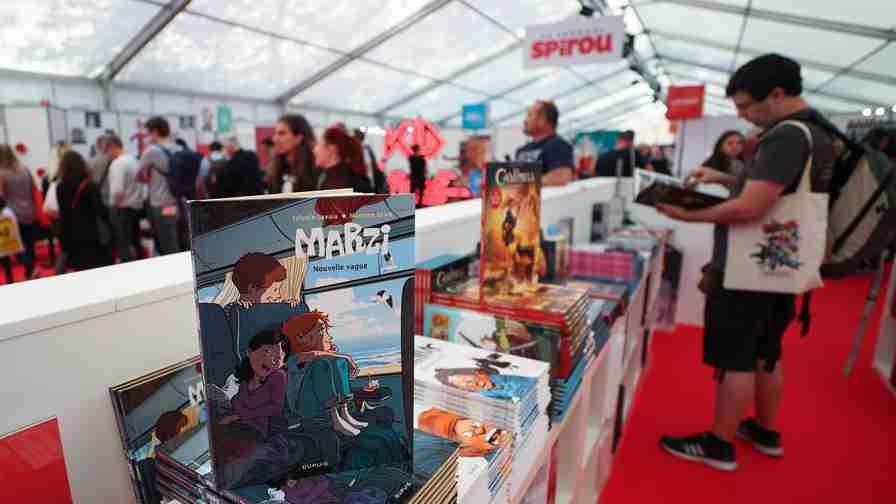 The ninth edition of the Comic Strip Festival kicked off Friday in Brussels Park with a host of novelties in store for eager visitors and comic book enthusiasts.

The three-day event offers all visitors, young and old, the chance to test their hand at comic drawing or take part in the entertaining activities.

Exhibitors and publishers let their imaginations run free to reveal a world of exciting new discoveries along with their all time classics.

On display this Friday was a whole variety of comic book genres, including inspirations all the way from South Korea and Egypt.

The editor and exhibitor of Egyptian Magasine TokTok summed up the spirit and nature of the Brussel Comic Strip Festival when he said to Xinhua: "It is my fourth year coming. I like this festival because although it is big, it is also very relaxed and encapsulates the historic importance of comic books in Belgian history."

TokTok Magasine, like many others, tries to capture the social and political realities of the country it grew out of. The quarterly review spoke of the daily reality of life in Egypt, covering both the comic and the tragic. TokTok Mag presents original strips, limited edition posters, the magazine in Arabic and some of the best bits in French.

All around the Brussels Park larger-than-life comic strip characters will storm the capital's major arteries. On Saturday, the Balloon's Day Parade is raring to go and will display its gargantuan balloons to an ever-larger audience.

Since its inauguration in 2010, the Comic Festival has come a long way. Now each year the Comics Festival welcomes nearly 100,000 visitors and more than 250 comics artists.

Aside from the regular giant balloon parade, the Comic Festival offers lovers of the genre talks, screenings, signings and other activities suitable for all.