CULTURE No. 1 Halep has new-found confidence ahead of Aussie Open

No. 1 Halep has new-found confidence ahead of Aussie Open 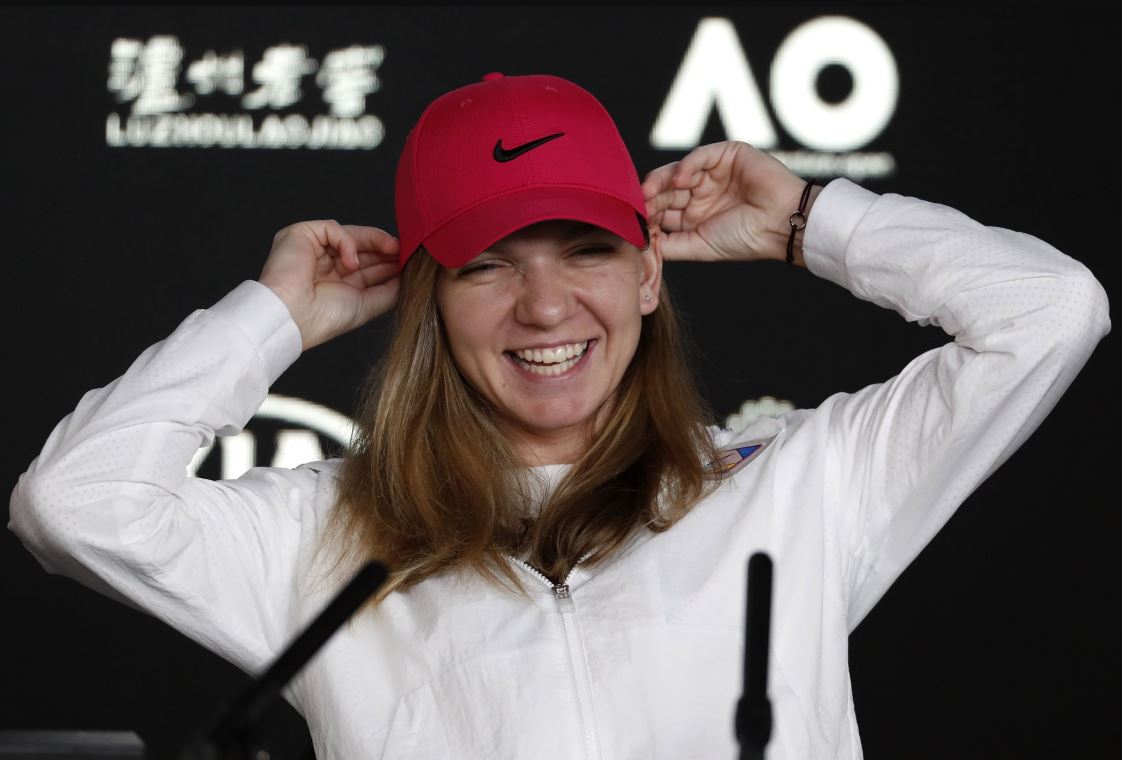 Simona Halep was trying on her new shoes when she got the news direct from the draw about her tough section containing both Serena and Venus Williams at the Australian Open.

Even before she contemplates possible back-to-back matches in the third and fourth round against Venus and Serena, top-ranked Halep has to get through an opening match against Kaia Kanepi, who beat her in the first round at the US Open last year.

Darren Cahill, a TV commentator and Halep’s coach until recently, texted her with details of the draw.

“When I saw the message, I was like, ‘Ok, whatever,’” she said. “I just enjoy the moment with the shoes, then I’ll think about the match. That’s it.”

She can do that now that she considers herself a genuine No. 1. Halep entered last year with the top-ranking but without a major to her credit.

After losing a tough, three-set final to Caroline Wozniacki at the Australian Open, she briefly lost the No. 1 spot but regained it quickly and will be into her 48th consecutive week in the top spot when the season’s first major starts. Her breakthrough at the French Open gave her all the confirmation she’d ever needed.

“It’s a big difference — I can say inside myself because I did what I wanted to do. I won a Grand Slam finally. Now I can say I’m a real No. 1,” Halep said of the difference between her approaches to this season and to last. “Before I said without a Grand Slam, you are not a real No. 1.

“I’m happy. I’m enjoying the time. Everything I’ve done last year made me be more relaxed. I try just to improve more in my game.”

Halep lost four straight matches to finish 2018, hampered by a back injury, and was beaten by Ashleigh Barty at the Sydney International to start this season. But she says her back is fine. She’s also without a coach in Melbourne, an appointment she’s taking time to consider.

US Open champion Naomi Osaka looms as a potential semifinal rival for Halep, or Serena Williams, or whoever comes out of the tough top quarter.

A lot has changed for Osaka since capturing her first major title in New York last September, having never even reached the quarterfinals of a Grand Slam event.

Her victory there was overshadowed to a degree by Serena Williams’ clash with chair umpire Carlos Ramos during the final and subsequent $17,000 fine.

Williams missed the last Australian Open — she won here in 2017 while pregnant and was still on the sidelines after having her baby — but reached two major finals after returning to tennis. Despite being seeded 16th, she remains a strong contender to win her 24th Grand Slam singles title.

Osaka, meanwhile, is learning as she goes.

As for her goals here, in a women’s field that has featured eight different major winners across the last two years, Osaka said it’s a work in progress, starting with her first-round against Magda Linette on Tuesday.

“No one wants to lose in the first round of a Slam,” she said. “From there, I’ve been in the third round 100 million times (in reality it’s nine times) already. That would be my next goal. Hopefully semis after that. Then I can think about, like, the finals and winning.”