CULTURE No joke! Comics fly in to give Iceland surprise boost

No joke! Comics fly in to give Iceland surprise boost 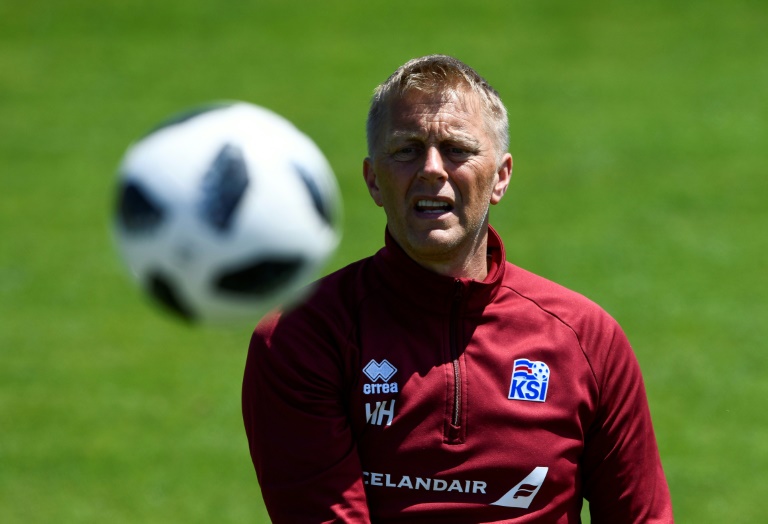 Iceland's footballers have received a surprise morale-boosting visit in Russia by a quartet of comedians from back home, an official from the Nordic team's camp told AFP Tuesday.

The funnymen made their flying visit to the team's Black Sea coast training base near Gelendzhik for an impromptu performance late-Monday.

"We were asked if we would go to Russia and give a surprise show for the national team at their hotel," said Bjorn Bragi, one of the comics, on his Instagram website.

"It was the easiest yes we have ever said," he wrote.

"Many of the jokes were directed at the coach (Heimir Hallgrimsson) and players, who gracefully took the banter on the chin," an FA official told AFP.

"He thoroughly enjoyed the show, as did the players," said Omar Smarason.

"The team is here for the long haul, and we are in it together. It is important to keep us all fresh and do something entirely different every now and then," he said.

The tiny Nordic nation, who defied the odds to reach the quarter-finals at Euro 2016, got off to a promising World Cup start Saturday with a battling 1-1 draw against South American giants Argentina.

Their next Group D tie is against Nigeria on Friday.