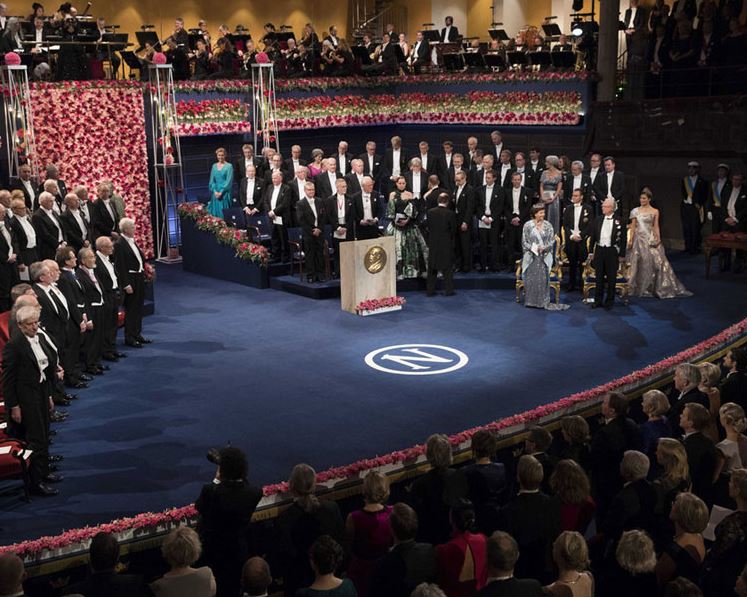 The Nobel Prize award ceremony is held at Stockholm Concert Hall in the Swedish capital Stockholm on Dec 10, 2016. (Photo: IC)

STOCKHOLM, Dec. 10 (Xinhua) -- The Nobel Prize award ceremonies were held on Tuesday in the Swedish capital.

This year's laureates all received their awards in the Concert Hall.

Addressing the laureates, Professor Carl-Henrik Heldin, chairman of the Board of the Nobel Foundation, said: "A flagrant example of what we face is lack of respect for the overwhelming evidence demonstrating that our lifestyle negatively affects our climate."

"Only through continued struggle can humankind keep improving itself, its society and its environment," he added.

The concert hall award ceremonies are followed by an evening banquet in the Stockholm City Hall.

Since 1901, the Nobel prizes have been presented to Nobel laureates at ceremonies on Dec. 10.