British author V.S. Naipaul, a famously outspoken Nobel laureate who wrote on the traumas of post-colonial change, has died at the age of 85.

Naipaul, who was born in Trinidad and the son of an Indian civil servant, was best known for works including "A House for Mr Biswas" and his Man Booker Prize-winning "In A Free State". 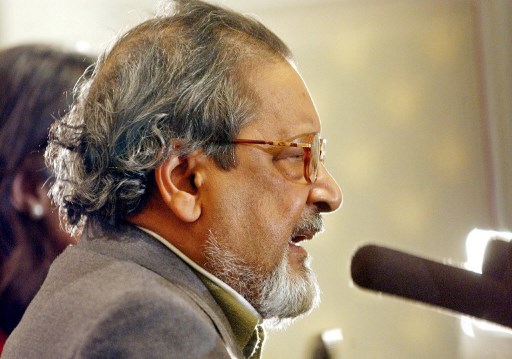 "He died surrounded by those he loved having lived a life which was full of wonderful creativity and endeavour," his wife Lady Nadira Naipaul said in a statement on Saturday.

She described the outspoken author as a "giant in all that he achieved".

Vidiadhar Surajprasad Naipaul settled in England and studied English literature at Oxford University on a scholarship.

But he spent much of his time travelling and despite becoming a pillar of Britain's cultural establishment, was also a symbol of modern rootlessness.

Naipaul's early works focused on the West Indies, but came to encompass countries around the world.

He stirred controversy in the past, describing post-colonial countries as "half-made societies" and arguing that Islam both enslaved and attempted to wipe out other cultures.

When he was awarded the 2001 Nobel prize for literature, the Swedish Academy described him as a "literary circumnavigator, only ever really at home in himself, in his inimitable voice".

It said he was "the annalist of the destinies of empires in the moral sense: what they do to human beings".

"His authority as a narrator is grounded in his memory of what others have forgotten, the history of the vanquished," it said.

Naipaul, who was knighted in 1990, mixed fiction, non-fiction and autobiography without distinction.

One of his seminal novels was the "A House for Mr Biswas" (1961), which looked at the almost impossible task for Indian immigrants in the Caribbean of trying to integrate into society while keeping hold of their roots.

Overall he wrote more than 30 books, and was one of the first winners of the Booker Prize, now Britain's leading literary award, in 1971 for "In A Free State".