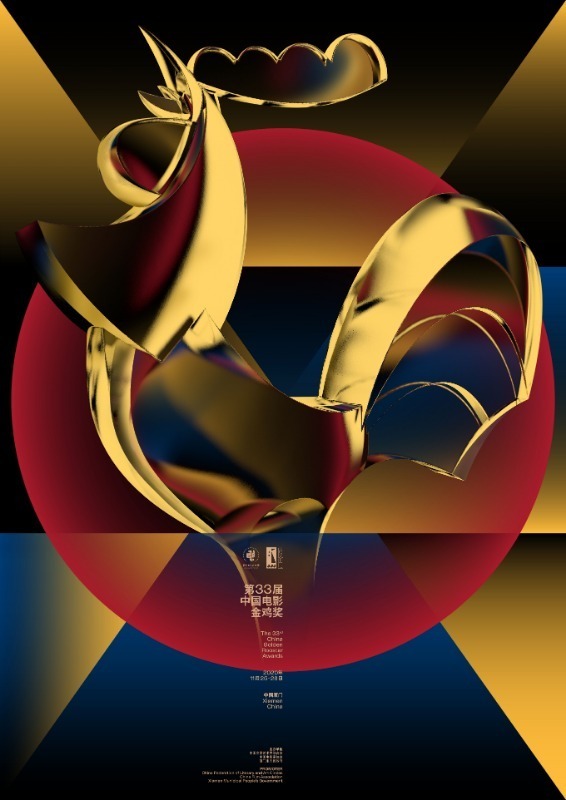 A poster of the 33rd Golden Rooster Awards. (Photo provided to chinadaily.com.cn)

The 33rd Golden Rooster Awards, a grand occasion in Chinese film circles, will be held Nov 25 to 28 in Xiamen, East China's Fujian province, according to a press conference in Beijing on Saturday.

A total of 155 films are shortlisted to contend for 19 awards at the ceremony. Jointly initiated by the China Federation of Literary and Art Circles and the China Film Association in 1981, the event is one of the most professional and authoritative for film awards on the Chinese mainland.

A long list of nominees was announced at the press conference, judged by a jury of filmmakers, film experts, and film scholars. Six high-quality films, including Better Days, Chaogtu with Sarula, Leap, My People, My Country, Spring Tide and Sheep without A Shepherd, will compete for Best Picture.

Aside from the awards presentation, movie-related exhibitions and forums will be held during the four-day event, with more than 60 celebrated films from home and abroad to be screened. One Second, a feature film directed by Zhang Yimou, a winner of the Golden Bear at the Berlin International Film Festival, will premier and is set to open the film festival on Nov 25.

"The red carpet at the awards will be the main attraction, as most film festivals canceled their events this year," Said Zhang Hong of the China Film Association.

Organizers also have taken a slew of measures to safeguard the health of visitors amid the COVID-19 pandemic. That includes shortening the awards to four days from the traditional five-day event, and restricting the number of participants.