CULTURE Nominees for the 2019 Grammy Awards

Nominees for the 2019 Grammy Awards

Here is a list of nominees in the major categories for the Grammy Awards, which will be handed out on Sunday in Los Angeles. 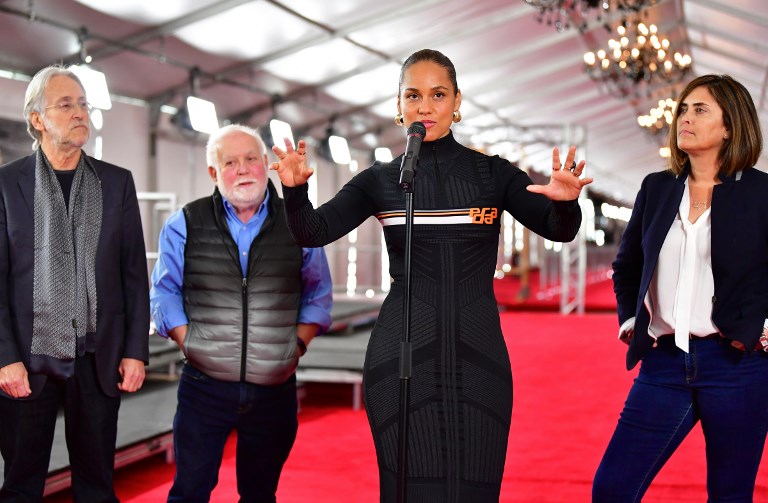 Fifteen-time Grammy winner Alicia Keys (C) is joined by Neil Portnow (L), Ken Ehrlich (2ndL) and Chantal Saucedo (R) and Jack Sussman (not pictured) in the unrolling of the Red Carpet on February 7, 2019 in Los Angeles, California for the 61st Grammy Awards to be held February 10. (Photo: AFP)

Brandi Carlile, "By The Way, I Forgive You"

Various Artists, "Black Panther: The Album, Music From and Inspired By"

- Record of the Year, recognizing overall performance on a song -

Childish Gambino, "This Is America"

Lady Gaga & Bradley Cooper, "Shallow" (from "A Star Is Born")

Kendrick Lamar & SZA, "All The Stars" (from "Black Panther")

- Song of the Year, recognizing songwriting -

Kendrick Lamar and SZA, with songwriters Al Shuckburgh, Mark Spears and Anthony Tiffith, "All The Stars" (from "Black Panther")

Donald Glover (Childish Gambino) and Ludwig Goransson, "This Is America"

Childish Gambino, "This Is America"

Greta Van Fleet, "From the Fires"