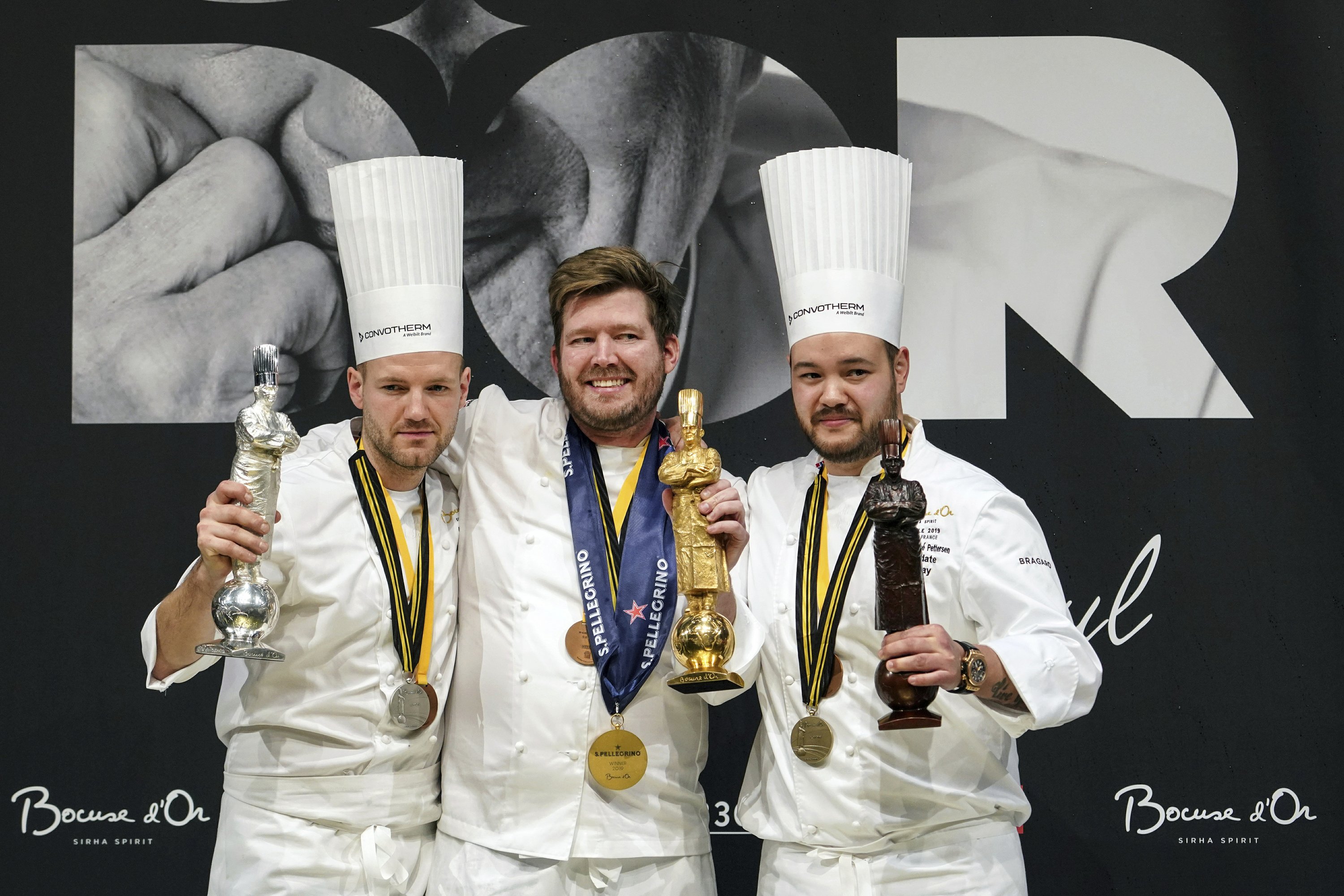 Kenneth Toft-Hansen of Denmark, center, celebrates on the podium after winning the final of the "Bocuse d'Or" (Golden Bocuse) trophy, in Lyon, central France, ahead Sebastian Gibrand of Sweden, left, who finished second, and Christian Andre Pettersen, right, who came third, Wednesday, Jan. 30, 2019. The contest, a sort of world cup of cuisine, was started in 1987 by Lyon chef Paul Bocuse to reward young international culinary talents. (Photo: AP)

Nordic nations have swept the top four prizes at the world’s most prestigious culinary competition in France, beating Gallic gourmet chefs at their own game with Northern European simplicity and local ingredients.

Team Denmark took the gold medal at the biennial Bocuse d’Or competition in the French city of Lyon last week ahead of Sweden, Norway and Finland.

Danish chef Kenneth Toft-Hansen told Danish broadcaster TV2 that he had chosen theme “Flora Danica” for his dishes in the competition, in reference to their local ingredients, including juniper and wild thyme, which are found along the country’s coasts.

Toft-Hansen has run a highly praised restaurant at Svinkloev Badehotel, a seaside hotel in Denmark’s Jutland region that is being renovated following a fire in 2016.

“Nordic style is plain and simple. I think that has something to do with it,” Team Finland chef Ismo Sipelainen told The Associated Press when asked about the Nordic success in Lyon. “Local ingredients are also very different.”

In the competition’s grand finale of chef teams from 12 nations, France placed sixth — not having claimed a podium place since 2013 — and the United States ninth. Iceland, another Nordic nation, was 11th after having claimed a bronze medal at the last competition in 2017.

The competition, often considered the Olympic Games of gastronomy, was started in 1987 by famed French “Nouvelle Cuisine” chef Paul Bocuse. He died in 2018 at age 91.