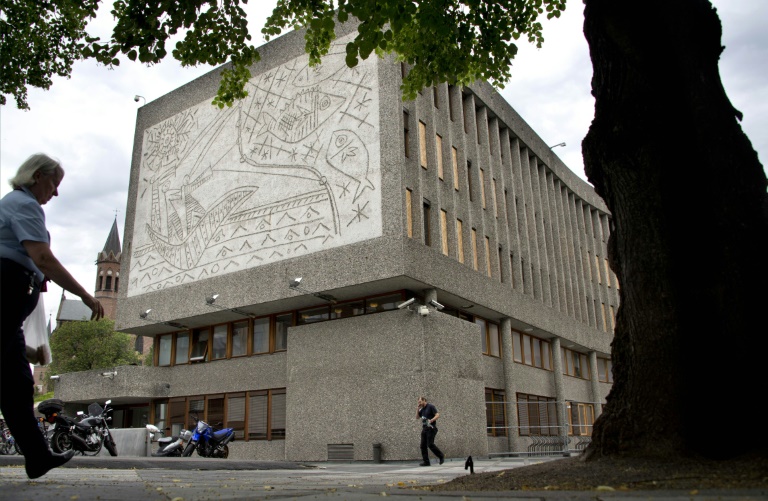 Picasso's 'The Fisherman' adorns a wall of the Y-block in Oslo which is to be demolished. (Photo: AFP)

Norway gave the go-ahead on Wednesday for the demolition of a bomb-damaged building adorned with drawings by Spanish master painter Pablo Picasso.

The government, which ruled out a further postponement to the 2014 decision to demolish the building, has said it would relocate the two Picasso murals.

Completed in 1969 in the centre of Oslo, the "Y block", named for its shape, bears drawings by Picasso sandblasted on its walls - the work of Norwegian artist Carl Nesjar, who collaborated with the Spanish master painter.

Previously the home of a government ministry, the building was damaged in the deadly bomb attack carried out by right-wing extremist Anders Behring Breivik on 22 July 2011, before he went on to carry out a mass shooting on the island of Utoya, killing a combined 77 people.

In 2014, Norway decided to demolish the building for security reasons as part of a major reconstruction project, and decided to relocate the murals "The Fishermen" and "The Seagull."

Anther building, "H block", which was also damaged in the blast and has three other Picasso murals, will not be destroyed.

The 2014 decision to knock down "Y block" provoked a backlash among champions of architectural heritage and the ensuing public outcry saw a delay to the demolition.

Three organisations and associations announced on February 13 their intention to take the state to court and asked the government to postpone the demolition until the court had ruled on the matter.

On Wednesday, the government rejected this request, arguing that further delays would lead to financial cost as well as the postponement of the reconstruction project which has already been decided.

The ministry of local government and modernisation said in a statement that the agency in charge of managing the state's real estate assets, Statsbygg, had been given the "assignment to start preparation work for the demolition of the Y block."

No starting date has been set, but postponing the implementation of the measure beyond April 1 would cost between 30 and 50 million Norwegian kroner ($3.2 million to 5.3 million or 2.9 million to 4.9 million euros) per month, according to Statsbygg.

A petition launched a year ago to stop the demolition of "Y block" had gathered nearly 28,000 signatures by midday on Wednesday.