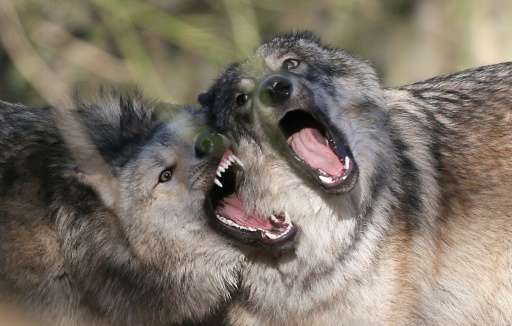 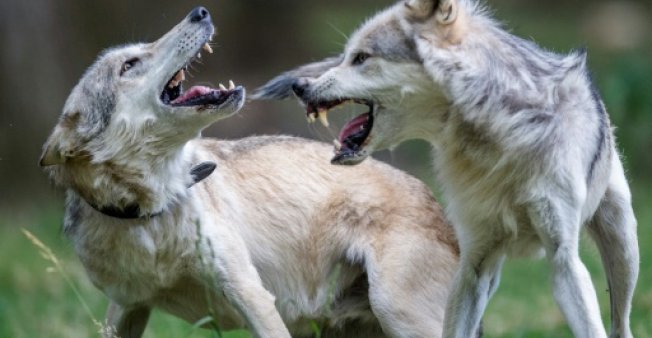 According to the World Wildlife Fund, wolves account for just 1.3 percent of deaths in sheep flocks. Photo: AFP

A Norwegian court on Tuesday granted a reprieve to seven wolves near Oslo caught in the middle of a battle between environmental activists and sheep farmers.

The Oslo district court granted a request from the Norwegian branch of the World Wildlife Fund (WWF) and issued an injunction temporarily stopping the hunt of 12 wolves in the Oslo region -- five of which have already been killed -- pending a final decision on the matter.

The number of wolves in the Scandinavian country is modest -- between 105 and 112 individuals, according to the latest count -? and the species is listed as being at risk of extinction. But its current population is above the target set by Norway's parliament.

This winter, regional wildlife management authorities gave the go ahead to the culling of 50 wolves. While the final number still depends on a government decision, the announcement caused an uproar among animal rights activists.

Tuesday's court decision concerns only Oslo and its surrounding regions in southeastern Norway. The hunting of 14 other wolves will still be allowed in the rest of the country. One of them has already been killed.

WWF Norway has sued the state over its wolf policy, which it argues violates the country's laws and constitution, as well as the Bern Convention on nature conservation.

The Oslo court will rule on that matter at a later, as yet unspecified date.

According to WWF, wolves account for just 1.3 percent of deaths in sheep flocks, which also fall victim to accidents and other predators such as wolverines, lynx, eagles and bears.