CULTURE Not just land heat waves: Oceans are in hot water, too

Not just land heat waves: Oceans are in hot water, too 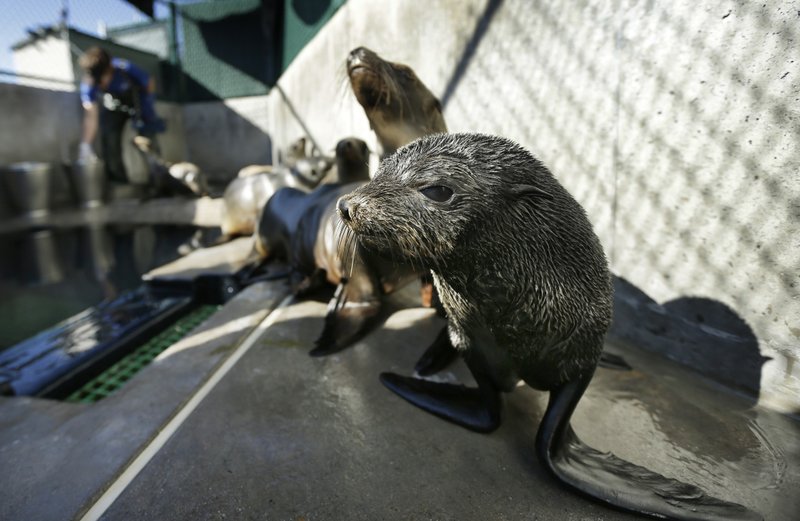 Even the oceans are breaking temperature records in this summer of heat waves.

Between 1982 and 2016, the number of “marine heat waves” roughly doubled, and likely will become more common and intense as the planet warms, a study released Wednesday found. Prolonged periods of extreme heat in the oceans can damage kelp forests and coral reefs, and harm fish and other marine life.

“This trend will only further accelerate with global warming,” said Thomas Frolicher, a climate scientist at the University of Bern in Switzerland, who led the research.

His team defined marine heat waves as extreme events in which sea-surface temperatures exceeded the 99th percentile of measurements for a given location. Because oceans both absorb and release heat more slowly than air, most marine heat waves last for at least several days — and some for several weeks, said Frolicher.

“We knew that average temperatures were rising. What we haven’t focused on before is that the rise in the average comes at you in clumps of very hot days — a shock of several days or weeks of very high temperatures,” said Michael Oppenheimer, a Princeton University climate scientist who was not involved in the study.

Many sea critters have evolved to survive within a fairly narrow band of temperatures compared to creatures on land, and even incremental warming can be disruptive.

Some free-swimming sea animals like bat rays or lobsters may shift their routines. But stationary organisms like coral reefs and kelp forests “are in real peril,” said Michael Burrows, an ecologist at the Scottish Marine Institute, who was not part of the research.

In 2016 and 2017, persistent high ocean temperatures off eastern Australia killed off as much as half of the shallow water corals of the Great Barrier Reef — with significant consequences for other creatures dependent upon the reef.

“One in every four fish in the ocean lives in or around coral reefs,” said Ove Hoegh-Guldberg, a marine biologist at the University of Queensland. “So much of the ocean’s biodiversity depends upon a fairly small amount of the ocean floor.”

The latest study in Nature relied on satellite data and other records of sea-surface temperatures including from ships and buoys.

It didn’t include the recent record-breaking measurements off Scripps Pier in San Diego — which reached 79.5 degrees Fahrenheit on August 9 — but Frolicher and Miller said the event was an example of a marine heat wave.

Miller said he knew something was odd when he spotted a school of bat rays — which typically only congregate in pockets of warm water — swimming just off the pier earlier this month.

Changes in ocean circulation associated with warmer surface waters will likely mean decreased production of phytoplankton — the tiny organisms that form the basis of the marine food web, he said.

Marine biologists nicknamed a patch of persistent high temperatures in the Pacific Ocean between 2013 and 2016 “the Blob.” During that period, decreased phytoplankton production led to a cascading lack of food for many species, causing thousands of California sea lion pups to starve, said Miller, who had no role in the Nature study.

“We’ve repeatedly set new heat records. It’s not surprising, but it is shocking,” he said.