CULTURE Novichok survivor back in hospital with eye problem: reports

Novichok survivor back in hospital with eye problem: reports 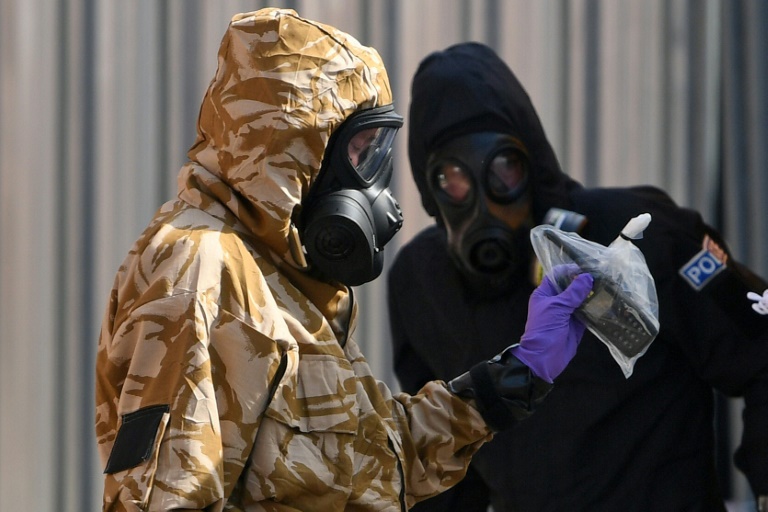 Investigators are seen on July 6 near the site in Amesbury where Charlie Rowley and his partner Dawn Sturgess were found unconscious after being contaminated with a nerve agent. (Photo: AFP)

A Briton who fell critically ill last month after being exposed to a Soviet-made nerve agent was admitted back to hospital with eye trouble, his brother told British media on Tuesday.

"He's just told me now he can't see, he has blurred vision," Matthew Rowley was quoted by The Guardian newspaper as saying.

He said his brother Charlie was in intensive care at Salisbury hospital -- the same facility where he was treated before.

The brother said he was not qualified to say whether the new illness was related to the poisoning with the toxin, known as Novichok, but added that it was "pretty coincidental".

Contacted by AFP, Salisbury hospital in southwest England said it would not comment on individual cases but added that nobody was currently being treated for the effects of Novichok poisoning.

Charlie Rowley and his partner Dawn Sturgess were admitted to hospital within hours of each other on June 30 after being contaminated by Novichok from a perfume bottle that he had given to her.

Police initially thought the couple had consumed contaminated drugs but tests carried out at a defence laboratory near Salisbury determined the substance was in fact Novichok.

Sturgess died on July 8 while Rowley was discharged from hospital on July 20.

Novichok is the same substance that was used against former Russian spy Sergei Skripal and his daughter Yulia in Salisbury this year in what police are investigating as attempted murder.

Britain has accused Russia, which denies any involvement.

The row has led to tit-for-tat expulsions of diplomats between Britain and its allies on one side and Russia on the other.

The United States earlier this month announced additional economic sanctions against Russia over the attack.