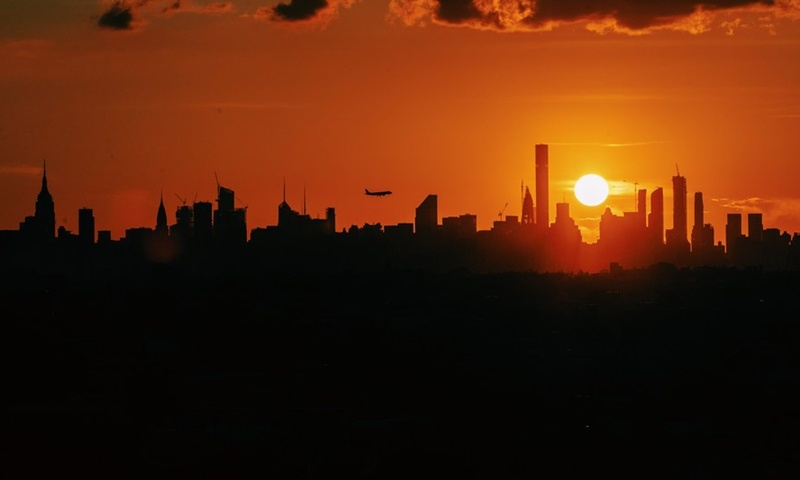 Photo taken on Sept. 4, 2018, shows the Manhattan skyline seen from the Arthur Ashe Stadium in Flushing in the New York City borough of Queens, the United States. (Photo: Xinhua/Li Muzi)

The 3rd Annual Flushing Poetry Festival will be held in April next year to celebrate contemporary Chinese poets living overseas and encourage writing in Chinese as well as cross-cultural conversation and translation of poetry from diaspora poets.

Poems should be submitted from Oct. 15, 2020 to February 15, 2021 to compete in the festival, and the event will be open to the public in Chinese and English for free, according to the organizer's announcement.

Flushing, a neighborhood in Queens, New York City, is home to the city's largest Chinatown, and also a bustling multicultural hub of Asian restaurants, markets, and art and literature events. 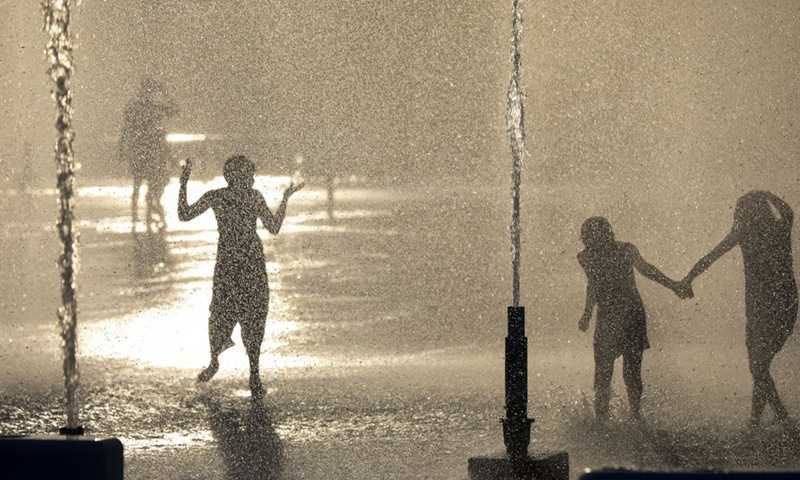 Children play with water in the fountains around the Unisphere at the Flushing Meadows Corona Park in New York, the United States, July 9, 2019. (Photo: Xinhua/Wang Ying)

The festival was initiated by poets of Chinese descent in the United States, and next year's event will be hosted by the editorial committee of First Line New York, an online poetry magazine affiliated with Flushing Poetry Festival.

The purpose of the magazine is to encourage Chinese poets overseas to publish their original writing, and build bridge between Chinese poets and poets writing in English and other languages.

The festival will be held to coincide with the National Poetry Month in the United States in April, but the location and the format of the event will be decided later due to the COVID-19 situation next spring. 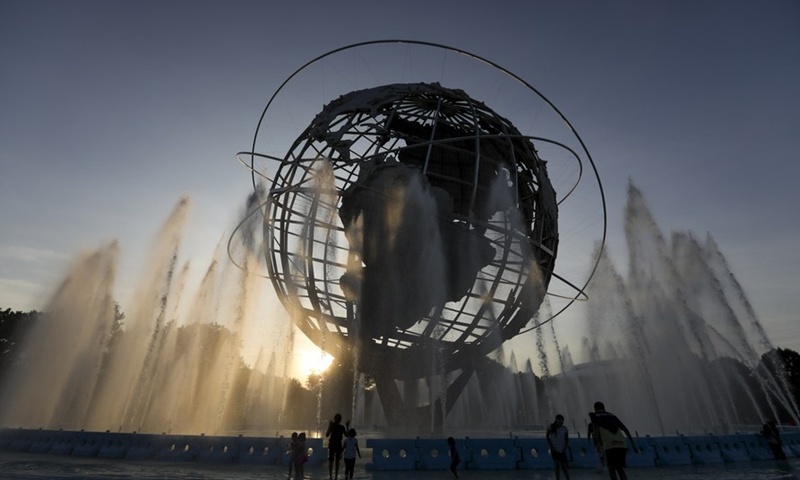 Children play with water in the fountains around the Unisphere at the Flushing Meadows Corona Park in New York, the United States, July 9, 2019. (Photo: Xinhua/Wang Ying)

The 1st and 2nd Annual Flushing Poetry Festival were held in 2018 and 2019 respectively, before the festival became a biannual event. Winning poetry from the juried competition was published online.