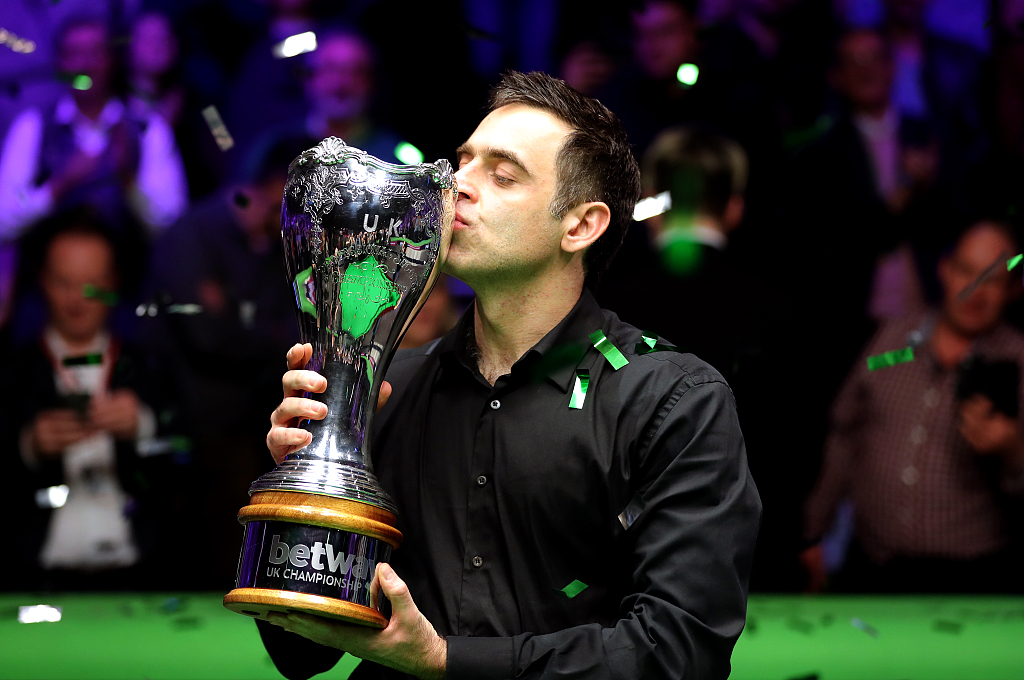 O'Sullivan, also a five-time world champion, fought back from 2-1 down to win nine of the last 13 frames for the title and the 170,000 pounds of prize money.

He equalled Steve Davis' record last year when he claimed a sixth title.

The Englishman has so far won three tournaments. The other two were the Shanghai Masters and Champion of Champions. In the five tournaments he has contested, he has won 26 out of 28 matches and earned 531,000 pounds.

"It was a pleasure to be a part of that final, and if I had lost I would have been devastated," said O'Sullivan.

"As long as I am healthy and fit I think I have another ten years of entertaining. I will always play snooker, that's a given gift. I'll always find a platform, it has to happen. I'm really looking forward to the future, it's exciting."

The UK Championship has been regarded as one of the four most important snooker tournaments after the World Championship, the Masters and the International Championship, which is held annually in China.

The tournament became known to Chinese fans in 2005 when China's former world No. 1 Ding Junhui shocked the field to win the title. He went on to win the event again in 2009.

Ding, now ranked eighth in the world, was stopped in round of 16 by England's Martin O'Donnell 6-5.