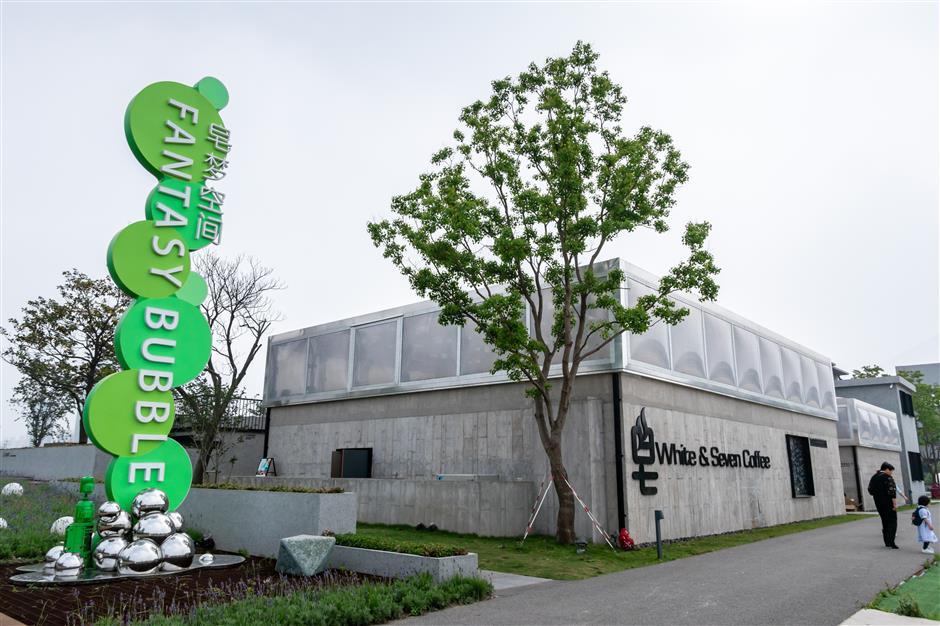 A nearly century-old soap factory reopened over the weekend as a cultural attraction — part of the ongoing program to renovate industrial heritage buildings along the Huangpu River waterfront in Yangpu District.

Hu Liming, who retired as a director with the general manager’s office with Shanghai Soap Co in 2002, returned to her former workplace, now named Fantasy Bubble exhibition hall, along with more than a dozen retirees.

“Despite the renovation, I can easily recognize the water treatment tower, the wrapping workshop and the former office building I once worked in,” said Hu.

“I feel proud and delighted because of the up-to-date concept of the company to create such an innovative space."

With a 5.5-kilometer waterfront section on the west and east sides of the Yangpu Bridge open to the public, renovations are ongoing to improve the environment and facilities.

The area is known as the birthplace of China's modern industries, being home to the nation's first water, electricity, shipbuilding and textile companies.

Many industrial buildings have been preserved and await a new lease of life.

Hu, 60, worked on the waterfront between 1981 and 2002. She witnessed the glory days of the once biggest soap manufacturer in China. She took part in the development of China’s first liquid soap, as well as popular soap brands such as  “Bee Flower,” “Fan Brand,” “Lux” and “Shanghai Soap.”

In its heyday, long queues of vehicles waited outside the company every day to purchase quality glycerin, a by-product of soap production, Hu recalled.

“The soaps were sold across the world, especially in southeast Asia,” she said. “Everyone can recite the famous slogan of Lux Soap — '20 years old now and 18 the next year’,” she added. 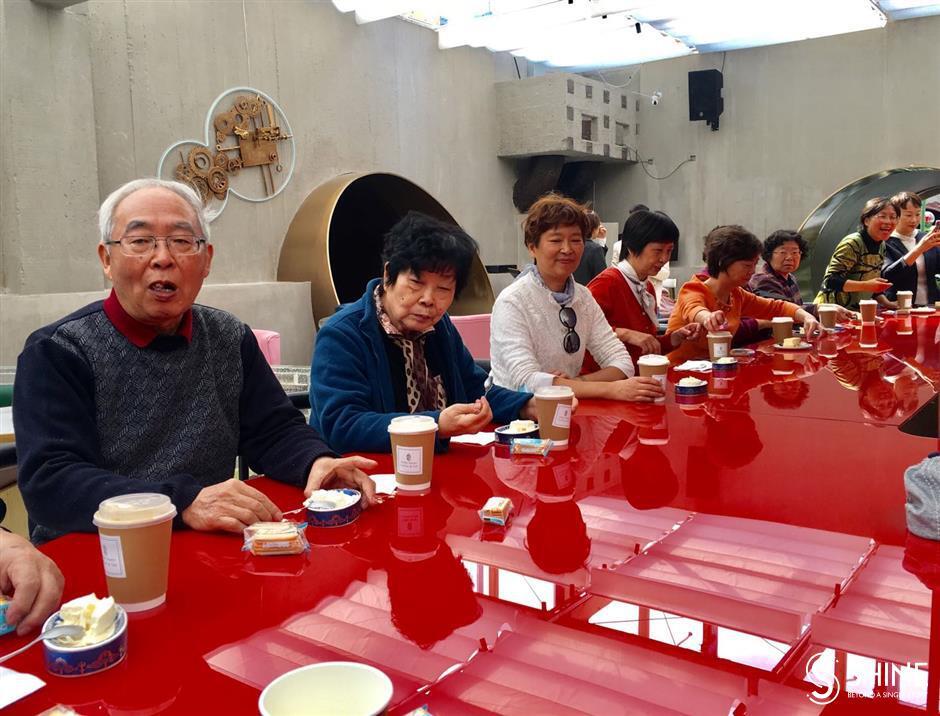 The Fantasy Bubble exhibition hall was developed on the site of the soap company, originally built by British businessmen in 1923.

The factory kept operating on the site till 2008 when it was relocated to Gulang Road in Putuo District. The company was rated a national first-class enterprise in 1990.

The layout of the factory buildings have been restored based on the foundation of the original structures. The former water purification pools and observation tower have been preserved.

Visitors can wander around different areas of the former factory via steel boardwalks over water. Flowers and greenery, the ingredients of soap, are planted across the site.

The interior space has also been restored to its original look, and features art installations and exhibitions about the history of the factory.

Xie Ping, an innovation manager with the Yangpu’s waterfront development company, said the site was covered by wild grassland and derelict factory relics when she firstly saw it around 2017. 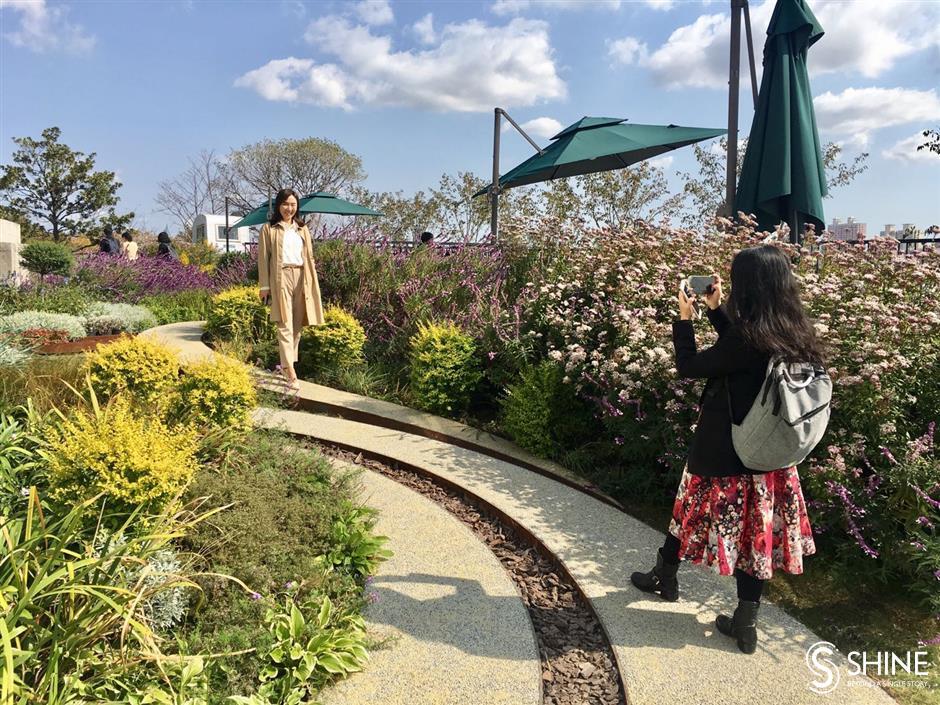 A giant centerpiece artwork known simply as “Fountain” was developed on the former reaction pool of the factory. Visitors can interact with the artwork to create aromatic bubbles.

Another artwork created by Japanese artist Yoshiyuki Kawazoe has been listed as a permanent installation to be displayed on the Yangpu waterfront.

An exhibition section hosts exhibitions about the locally manufactured soaps and the role they played in the traditional local lifestyle. The ongoing exhibition showcases the advertisements and slogans of Shanghai soaps over the last 97 years. Visitors can also enjoy a cup of coffee or a cake resembling the shape of soap at the White and Seven Coffee shop.

Apart from the exhibition hall, the development of several key riverside projects is ongoing, such as the WorldSkills Museum, shipyard public space and the first phase of the Bridge Park, said Zuo Weidong, president of the district’s waterfront development firm.

“Over 20 former industrial heritage sites have been well preserved, and all of them will open to visitors after protective development,” Zuo said.

A People-oriented Concept Exhibition Hall, for example will open next week to illustrate how the Yangpu waterfront is practising the people-centered urban development principle. 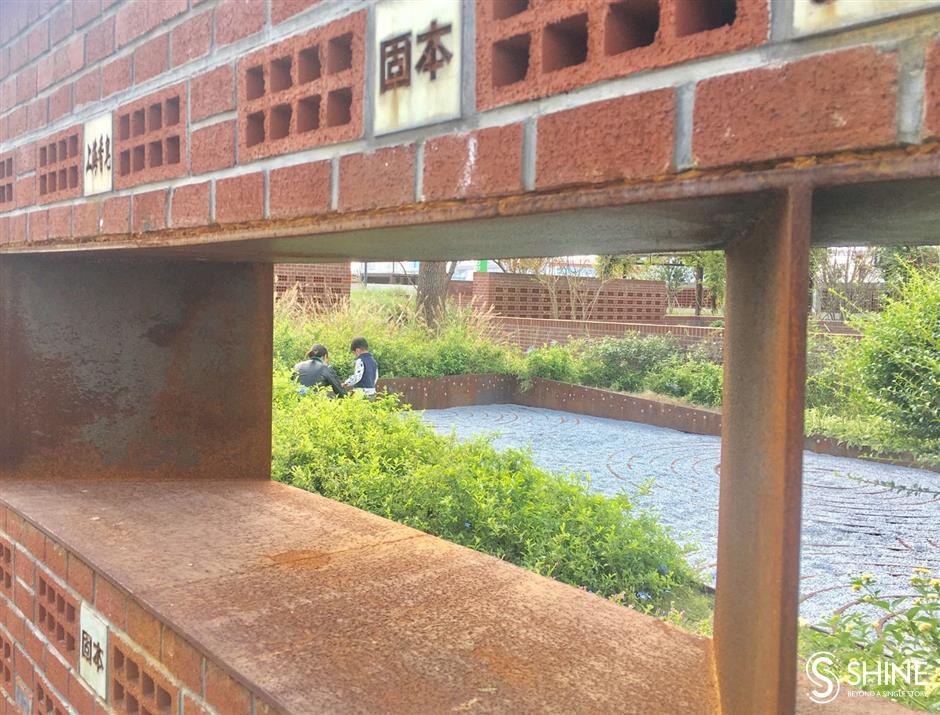