Polish writer Olga Tokarczuk on Thursday won the 2018 Nobel Prize in Literature, which was delayed over a sexual harassment scandal, while Austrian novelist and playwright Peter Handke took the 2019 award, the Swedish Academy said.

Tokarczuk, considered the most talented Polish novelist of her generation, was honoured "for a narrative imagination that with encyclopaedic passion represents the crossing of boundaries as a form of life".

Her books portray a polychromatic world perpetually in motion, with characters' traits intermingled and language that is both precise and poetic. 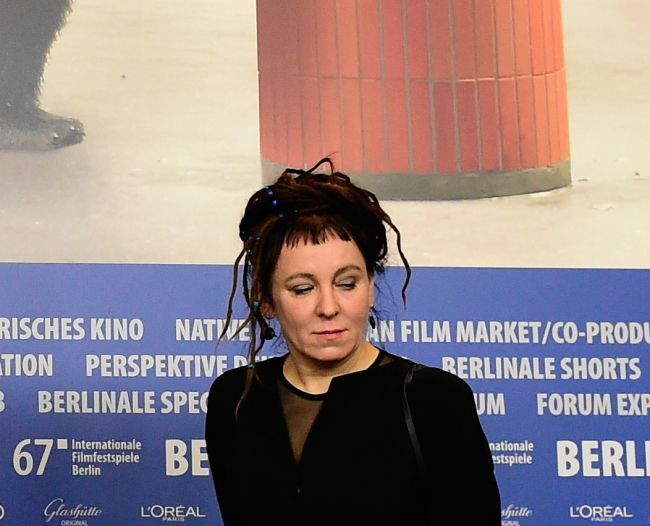 In this file photo taken on February 12, 2017 Polish author Olga Tokarczuk attends the press conference for the film "Pokot" (Spoor) in competition at the 67th Berlinale film festival in Berlin. (Photo: AFP) 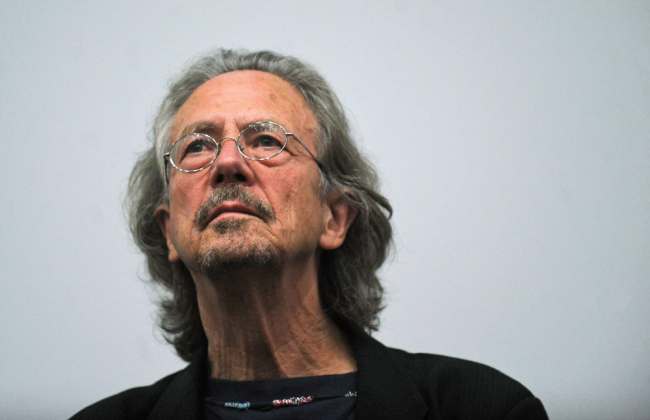 Handke meanwhile won "for an influential work that with linguistic ingenuity has explored the periphery and the specificity of human experience," the Academy said.

Handke "has established himself as one of the most influential writers in Europe after the Second World War."

His works are filled with a strong desire to discover and to make his discoveries come to life by finding new literary expressions for them, the Academy said.

Tokarczuk becomes just the 15th woman to have won the prestigious distinction, out of 116 literature laureates honoured since 1901.

Dating back to 1786, the Swedish Academy is at pains to repair its reputation after a devastating scandal that saw Frenchman Jean-Claude Arnault, who has close ties to the Academy, jailed for rape in 2018.

The Academy was torn apart by a deep rift between members over how to manage their ties to him.

The dispute exposed scheming, conflicts of interest, harassment and a culture of silence among its 18 members, long esteemed as the country's guardians of culture.

The revelations shook Sweden, a Lutheran nation that prides itself on transparency and consensual democracy and is intolerant of inequality.

Arnault is married to Katarina Frostenson, a member of the Academy who later resigned over the scandal at the height of the #MeToo movement against harassment of women.

The pair also ran a cultural club in Stockholm that received funding from the body.

Ultimately, seven members quit the Academy. In tatters, it postponed the 2018 prize until this year -- the first delay in 70 years.

"From having been associated with literature of the highest order, the Nobel Prize is for many now associated with #MeToo... and a dysfunctional organisation," Swedish literary critic Madelaine Levy told AFP.

Even before the scandal, the Academy had courted controversy in 2016 when it gave the prestigious prize to US singer songwriter Bob Dylan, leading some to question its judgement.

The Academy has in the past year been revamped with new members and statutes. Literature professor Mats Malm took over as the new permanent secretary in June.

"The changes have been very productive and we are hopeful for the future," Malm told AFP in an interview just days before the prize announcement.

He acknowledged the affair had tainted the institution and said improvements were still needed.

"A lot of hard work remains, of that we are certain."

In 2017, the last year the prize was awarded, it went to British author of Japanese origin Kazuo Ishiguro, best known for his novel "The Remains of the Day".