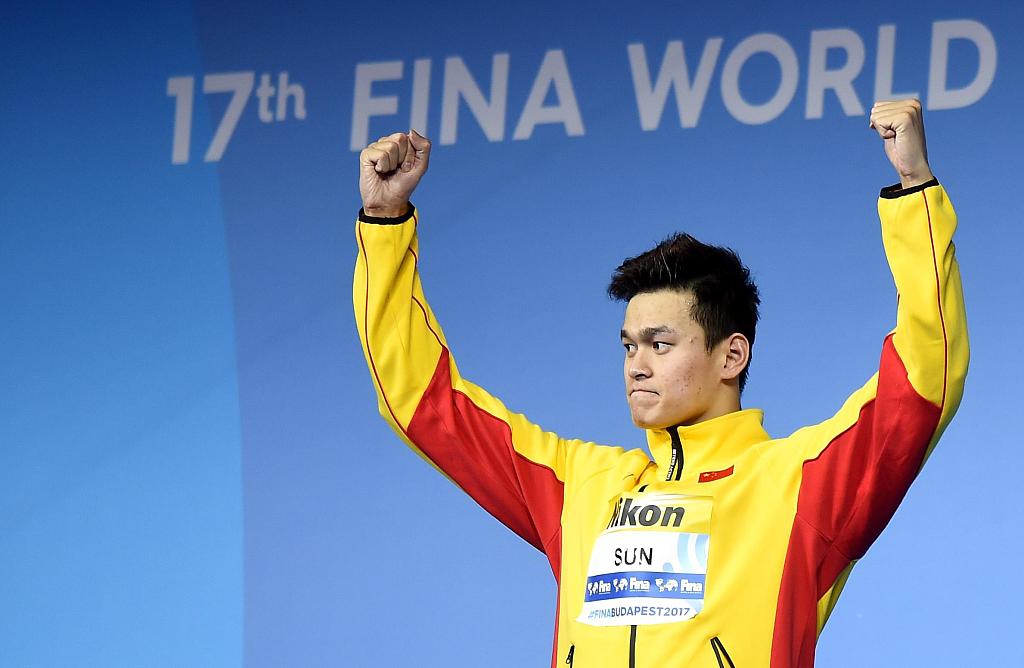 In a statement released on Friday, Sun Yang's lawyers said the swimmer asked the CAS for a public hearing "in order to be fully transparent and to clear his name".

The statement said that Australian newspaper the Sunday Telegraph published "an incomplete and biased account of the drug testing on Sun Yang" involving confidential information.

"The article spoke about the legal proceedings before FINA which led to FINA dismissing the case against Sun Yang. These proceedings were confidential but that did not stop the Sunday Telegraph from publishing its shocking article defaming Sun Yang," it said.

Sun's lawyers said: "The matter is before CAS who will try the appeal brought by WADA. It is CAS and CAS alone who should hear this appeal. Sun Yang objects to being tried by the Australian press by journalists who cherry-picked through FINA's judgment, inciting adverse and damaging reactions from third-parties on the internet."

Last year, Sun refused to finish a doping test as the doping control officers sent by IDTM "were not properly accredited to carry out the out of competition tests on Sun Yang, as the FINA judgment sets out very clearly."

"Worse, while he was fully cooperating, Sun Yang then noticed during the test that one of the authorized officers was secretly filming him without his permission. This act was resoundingly condemned by FINA in its judgment in Sun Yang's favor," the statement said.

"After having been advised by his medical team and the Chinese Swimming Association, Sun Yang, who has been tested hundreds of times in his career, requested the officers to show their accreditation, but to no avail.  It also appeared that the nurse involved was not authorized to draw blood in China."

"Sun Yang requested IDTM to send testing officers with proper accreditation and he was ready to wait all night in order to complete the test, but IDTM refused. The officers then decided to stop the testing and gave the blood samples back to Sun Yang."

Sun will start competition at his seventh World Championships in Gwangju, South Korea. The 9-time world champion will tie American star Ryan Lochte to be the second most crowned male world champion at 10 titles if Sun defends the 400m freestyle title on July 21, but he is still five golds behind Michael Phelps.

Sun's legal team said the CAS hearing is set down for September 2019.