As time passes, things that were once at the height of fashion become relegated to the backs of closets or boxes in the attic, but one man has always seen their value. His name is Yang Hanjing, and he has collected hundreds of thousands of old used items to stock his jiuwu cang (jumble warehouse) called Good One. 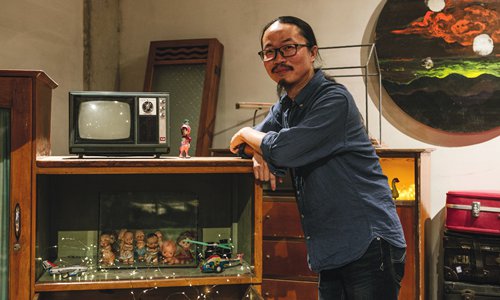 Yang Hanjing at the Good One branch in Beijing (Photos: Li Hao/Global Times)

Yang has opened several jumble warehouses over the years. The latest one opened for business in Beijing on Friday, July 20, making Beijing the fourth city after Xiamen in Fujian Province and Guangzhou and Zhuhai in Guangdong Province to house one of his warehouses. The capital is also the first northern Chinese city to have one of his stores. The warehouse comprises a 4,000-square meter space and houses several used objects ranging from doors, sofas and suitcases to cassettes, tableware and kids toys, and all of them are decades old. 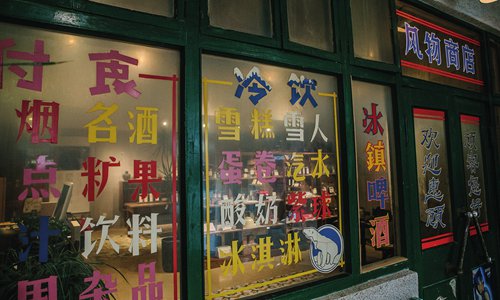 A section of the exterior of the Good One branch in Beijing showing a wooden facade which would have been popular among storefront designs during the 80s and 90s in China.

The space is divided into several sections, including a kitchen, a library, a bar, and a classroom. In the kitchen, people can use antique tableware to eat a real dinner; in the library, hundreds of old books and magazines are provided for those who want to read the "olds," and in the classroom, people can learn old techniques that are dying out. 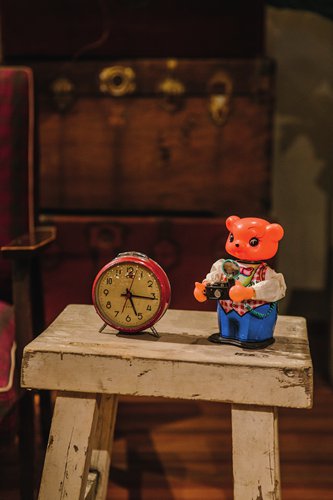 A used clock and a kid's toy

Yang started his first warehouse six years ago in an abandoned factory in Xiamen. At first, he was only a collector of old objects, eventually renting a warehouse to store the growing number. It was not until his cafe in an old rented villa started to have financial problems that he thought to sell any of his collectibles for money. Broke and in need of quick cash, Yang sold a few of his vintage items and was delighted to discover that there was a market for them. Soon after, he decided to establish an open warehouse to recirculate the old items. 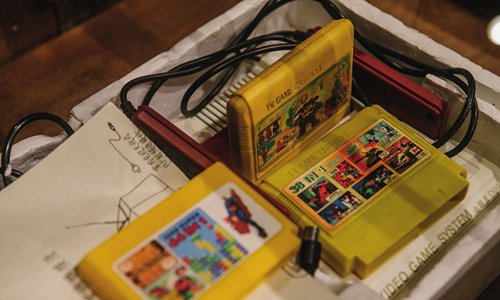 "I hope each warehouse will become a museum of the city's memories," Yang told Metropolitan, adding that different from regular museums where people can only observe objects through glass, visitors to his museum can touch the objects and recall the memories in a space furnished like the past. 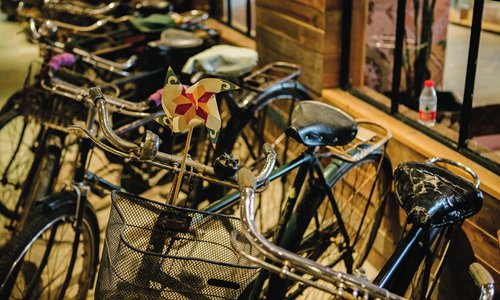 A row of old-fashioned bicycles

"It is a very literary place," Aneta, a Chinese woman in her early 20s, told Metropolitan. She visited the warehouse with her friends the day after it was officially opened. 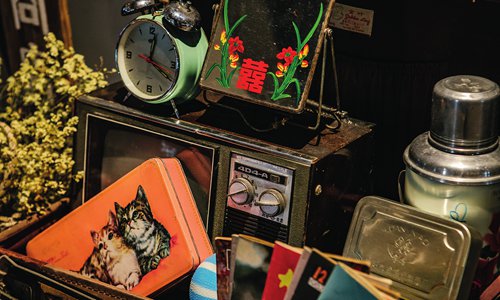 Having been to the warehouse in Xiamen, she was surprised that there would be one in Beijing.

"The pace of Xiamen is much slower, but Beijing is too fast and gives off a more muscular feeling," she said.

Chen Panjiang, a man born in the late 1990s, said he liked the combination of modern and vintage style in the Beijing space. Sitting behind an old-fashioned desk, Chen said he used a similar type of desk when he was in school and that the popsicles sold in the museum were what they had as kids. A poster at the Beijing branch of Good One reads "We have, love, exchange and sell all old goods that are more than 20 years old," describing a project the warehouse is carrying  at the moment.

Zheng Simei, an assistant at the Beijing branch of Good One, hopes to continue to collect old items that people no longer need. Those who give up their old things can get new products from the warehouse, Zheng said.