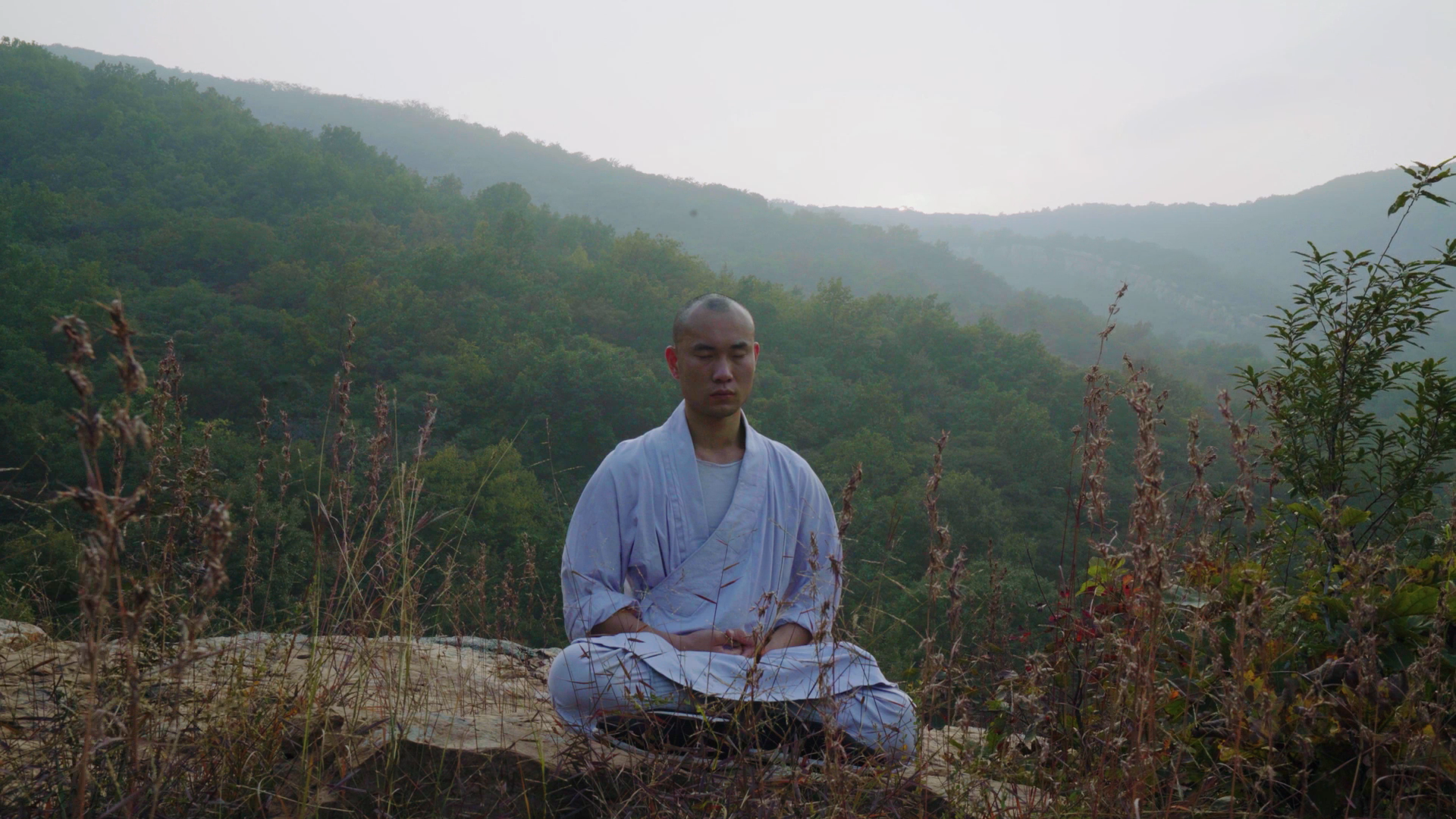 Shaolin Zen is a kind of self-cultivation. (Photo: CGTN)

Shaolin Zen is one of Shaolin Temple's 72 featured techniques. The set of moves evolved from the way monks sit in deep meditation, combining the contents of the ancient books about healthcare methods, "Muscle-bone Strengthening Exercise and Marrow-cleared Scripture." With a history of more than 1,500 years, the moves alternate between slow and fast movements and stillness.

Shaolin Zen is a kind of self-cultivation. It is the best Shaolin martial art to embody the "unity of the spirit and technique." Practicing the art exercises the body, while meditation purifies the mind. In the process, one can regulate the body, the breath and the mind. Shaolin Zen is a set of health-preserving moves through meditation.

Shi Yange is one of the 34th generation disciples of the Shaolin Temple. He has been practicing martial arts for 15 years since he was 12. In his view, Zen is about stability. Every internal nerve is activated beneath a calm appearance. By stretching and relaxing the muscles, practitioners can feel the breath, nerves and bones acutely.

"Martial arts require not only physical practice, but also the cultivation of our inner world. The combination of mind and moves means the unity of the spirit and technique."

Learning martial arts is a long and arduous process, so is the Shaolin Zen practice. It requires a flexible body, the patience and willpower of the practitioners. In repeated training, you gradually calm down and understand the meaning of Zen. What you need is not talent, but repetition; the key to kung fu is persistence.

"By practicing kung fu, I temper my willpower, as well as my character."

A dozen years practicing in the ancient Shaolin Temple, Shi Yange has improved his skills and his understanding of Shaolin Zen. Kung fu makes his body strong, and Zen makes up his soul. He has already made the Shaolin Temple his home.

"Zen and martial arts come from the same origin. My reverence for martial arts has merged into my body. It's an indelible mark in my life."

Practicing martial arts is a lifelong process. Shaolin Zen is a martial art that combines movements and stillness, as well as the Buddhist heart that the Shaolin monks pursue all their lives.