Nearly 90 percent of Chinese theatergoers now purchase their tickets online, a recent report from the China Film Association shows, in another sign of the powerful influence that the internet has on the domestic movie industry.

A screen shot of the film Capernaum (Photos: China Daily)

According to the annual China Film Industry Report, 60.8 percent of moviegoers on the Chinese mainland used online ticketing platforms to find out about the latest films last year, 15 percent more than 2017.

Word-of-mouth has become one of the most important aspects that can decide a film's market prospects in our internet-oriented society, says Liu Jia, a visiting professor at the Beijing Film Academy and one of the writers of the report.

Citing the example of Dying to Survive, a film based on a true story about the plight of a leukemia patient, Liu says the decision by distributors to hold test screenings two weeks ahead of its general release across the Chinese mainland last July paid off.

Racking up a swathe of favorable online reviews and a score of 9.0 points out of 10 on popular rating platform Douban, the movie examining real-life social problems soon became a phenomenal hit. 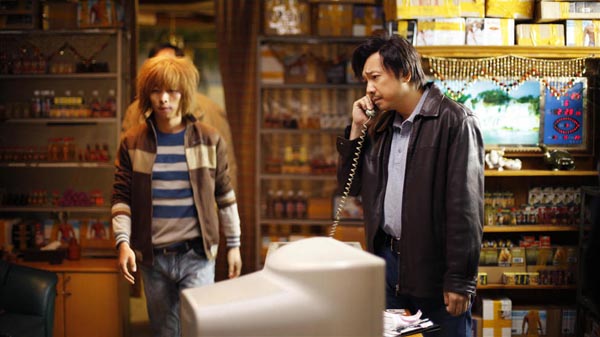 A still image from Dying to Survive, a box-office hit fueled by online reviews.

The film's director Wen Muye, who also attended the release of the report at the 22nd Shanghai International Film Festival, which concluded on Monday, says he followed three principles in making the film: to tackle social issues, be entertaining and "touch the soul".

Grabbing a slice of a market dominated by Marvel blockbuster Avengers: Endgame, the Lebanese film Capernaum soared as a sleeper hit, again partly due to the power of the internet.

When most films released around the opening date of the Marvel blockbuster struggled to gain a few screenings, Endgame occupied around 80 percent of the entire country's 60,000-plus screens in the first week－Capernaum surprisingly saw its screening percentage rise from 14 percent on the first day to 22 percent a week later.

This was largely due to the praise the movie received online, as the heartbreaking story about a boy who sues his parents for bringing him into the world earned 9.0 points out of 10 on Douban.

Filmmakers and industry researchers gather for an event to mark the release of the annual China Film Industry Report and discuss new developments in Chinese cinema at the Shanghai International Film Festival on Saturday.

Deeper online research and analysis of big data showed that the children-themed Capernaum appealed more to a female audience, while more men watched Avengers: Endgame, according to a report by movie industry service app Beacon, which was also released during the Shanghai festival.

The Beacon report found that over 70 percent of the audience members who watched Capernaum were women, compared to around 40 percent for Avengers: Endgame.

With a bigger influence now than men on the movie market, women accounted for 51.8 percent of the theatergoing population last year, according to the report.

Given as examples, blockbusters Monster Hunt 2 and The Ex-file: The Return of Exes saw women account for 62 and 60.7 percent, respectively, of all theatergoers, says Liu.

So, with women holding more sway at the box office, it will be interesting to see if a move toward more female-friendly films is about to take place in the world's second-largest movie market, which drew 1.72 billion admissions last year.

The report also found that North America and China, which grossed $11 billion and $9 billion last year, maintained their momentum as the top two global movie markets. With an average annual compound growth rate of 22 percent over the past eight years, Chinese cinemas are continuing to make a sustained contribution to the global movie industry, says Liu.

"In 2018, China imported 118 foreign films, showing that our market is becoming more open and diverse," she says.