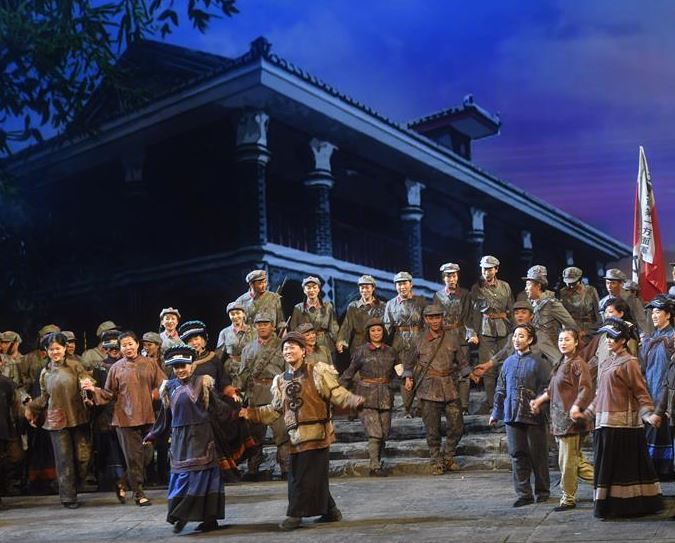 BEIJING, April 6 (Xinhua) -- An opera dedicated to the epic Long March led by the Communist Party of China will return to the National Center for the Performing Arts (NCPA) in Beijing for this year's Army Day, which falls on Aug. 1.

"The Long March" will be performed in Guangzhou, capital of Guangdong Province, in south China, at the end of May.

The six-act opera is an original NCPA production that debuted in 2016 to mark the 80th anniversary of the victory of the Long March.

The Long March was a military maneuver carried out by the Chinese Workers' and Peasants' Red Army from 1934 to 1936. During this period, they left their bases and marched through rivers, mountains and arid grassland to break the siege of Kuomintang forces and continue to fight Japanese aggressors. Many marched as far as 12,500 kilometers.