Naomi Osaka maintained her strong form since winning the US Open by reaching the China Open quarterfinals by crushing Julia Goerges 6-1, 6-2 on Thursday. 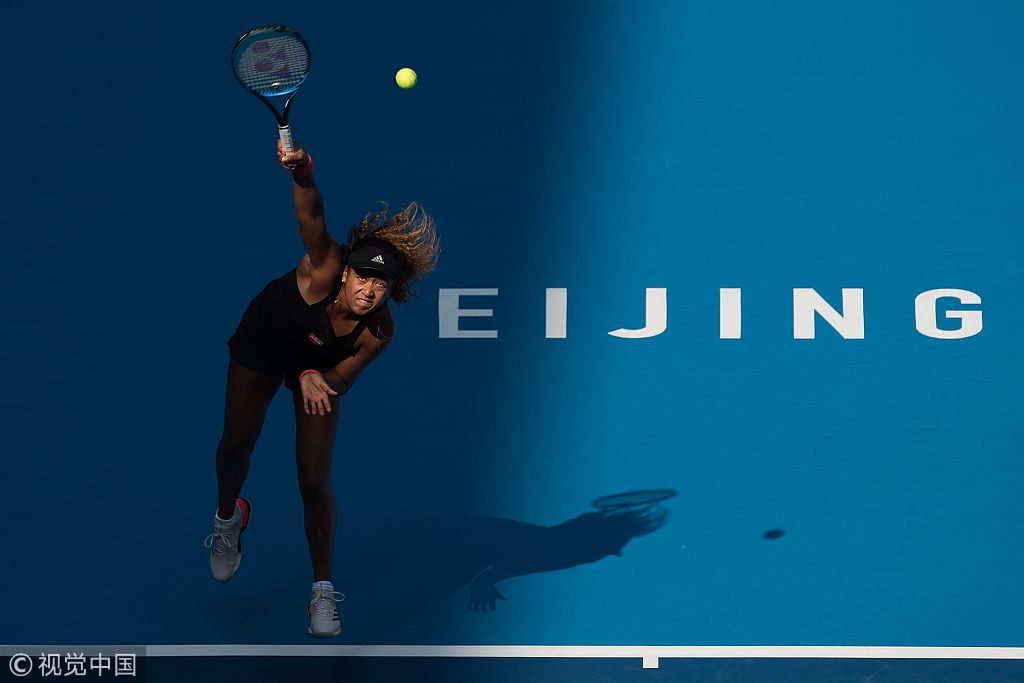 Naomi Osaka of Japan serves during her women's singles third round match against Julia Goerges of Germany at the China Open tennis tournament in Beijing on October 4, 2018. (Photos: VCG)

Osaka made a slow start, saving a break point and enduring five deuces in the eight-minute first game. But she broke Goerges’ serve in the next game and raced to 5-0.

Osaka won four consecutive points on Goerges’ serve to open the second set and rolled on. Zhang Shuai of China plays a forehand against Angelique Kerber of Germany during their Women's Singles 3rd Round match of the 2018 China Open at the China National Tennis Centre on on October 4, 2018 in Beijing.

In the quarterfinals, Osaka will play Zhang Shuai, who came back from a set down to defeat Angelique Kerber 6-1, 2-6, 6-0.

This is Osaka’s second tournament since she defeated Serena Williams in the US Open final on Sept. 8. In the first last week, she got to the Pan Pacific Open final in Tokyo.