Naomi Osaka reached the Australian Open semifinals for the first time by stretching her Grand Slam winning streak to 12 matches. 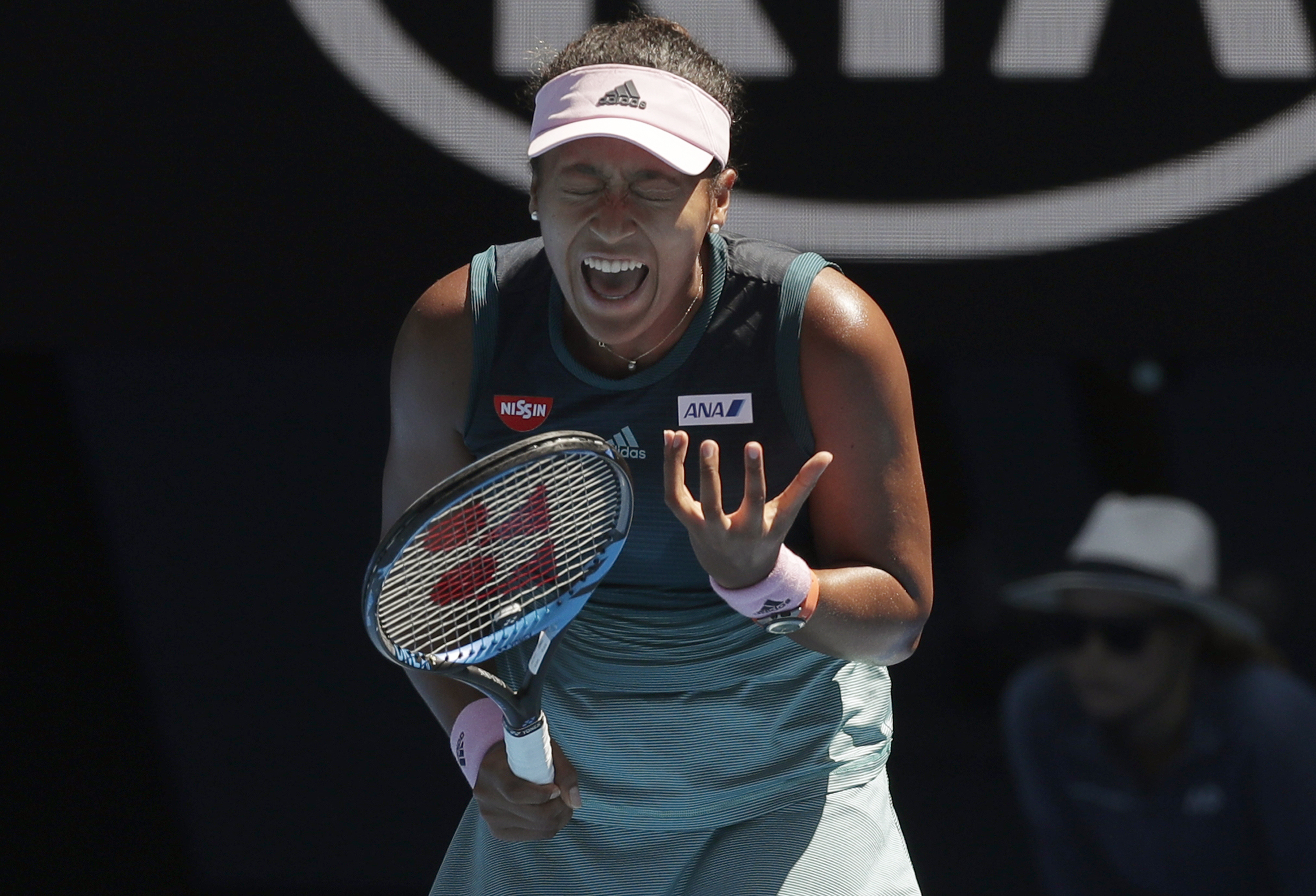 The 21-year-old from Japan moved closer to a second consecutive major championship by parlaying her aggressive and powerful style into a 31-11 edge in winners that helped her put together a 6-4, 6-1 victory over Elina Svitolina on Wednesday at Melbourne Park.

"I tried to be consistent," the No. 4-seeded Osaka said, "or as consistent as I can."

She never had been past the fourth round at the Australian Open.

Osaka beat Williams for the championship at the U. Open in September in a match filled with all sorts of drama involving the American star and the chair umpire.

On Wednesday, Svitolina had her neck and shoulders massaged by a trainer during a medical timeout while trailing 3-0 in the second set.

The No. 6 seed from Ukraine said afterward that she had been troubled by pain in that area since the start of the tournament.

"Unfortunately I couldn't produce 100 percent the game that I wanted," Svitolina said. "But in the end, she was just playing better today."

Later Wednesday, in the men's quarterfinals, 2016 Wimbledon runner-up Milos Raonic was to meet No. 28 Lucas Pouille during the afternoon, while 14-time major champion Novak Djokovic was scheduled to face 2014 US Open finalist Kei Nishikori at night.