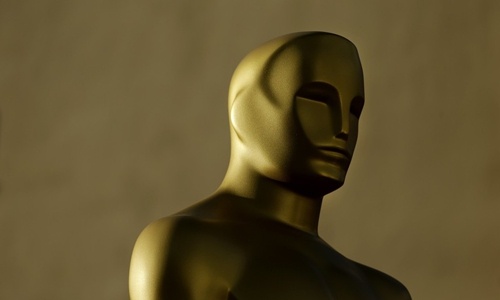 The film Do Not Split, which recorded the protests and violence in Hong Kong in 2019 and was nominated for an Oscar for the best short documentary, should not win the award as it lacks artistry and is full of biased political stances, Chinese film industry observers said on Wednesday.

They warned the Oscars should not be reduced to political tools; otherwise, it will hurt Chinese audiences' feelings and may lead to a heavy loss in the Chinese film market, which exceeded North America to be the largest box office market in the world for the first time last year. This lead is expected to continue in 2021.

The 35-minute feature, one of five nominated short documentaries, was directed by Norwegian documentarian Anders Hammer. He said on his Twitter account that "hopefully it can contribute to create attention around how basic human rights are suppressed by Beijing."

The nomination and Hammer's comments drew wide sarcasm from Chinese film industry observers, with Shi Wenxue, a Beijing-based film critic, saying that the film could not be called a "documentary" as it only represents the perspective of rioters and has no artistry at all.

"The filmmaker only recorded what he wants to see, or wants other people to see, about what happened in Hong Kong, instead of the full picture of the movement," Shi said, asking how a "faked" documentary could be nominated for an Oscar.

A large number of Hong Kong residents signed an online petition, calling for an end to violence in Hong Kong and condemning the rioters for destroying their homes and their futures.

It is ironic to see the filmmaker talk about "basic human rights" in the film. He does not know what human rights are at all, said many netizens on China's Twitter-like Sina Weibo platform.

"Hollywood movies, or movies that hope to be recognized by Hollywood, are more and more close to the political stands in Hollywood - that is, the US - to achieve so-called political correctness, which is contrary to the pursuit of the art of cinema," a Beijing-based film industry analyst and screenwriter told the Global Times on Wednesday on condition of anonymity.

"In recent years, China-US relations have become increasingly tense. Some US media, including some Hollywood practitioners, have taken it as a kind of 'political correctness' that anyone who has anything to do with or supports the Chinese mainland and the Communist Party of China must be opposed and boycotted. It is in line with Western media reports that demonized China, which misled readers," said the analyst.

Promotion of "politically correct" movies will have a bad impact on reporting the truth, the history and the creation of art, a manager of a filmmaking company surnamed Song told the Global Times on Wednesday.

Such movies, if they win awards, will hurt the feelings of Chinese audiences. This will also dent the Oscars' reputation among Chinese moviegoers, turning them from artistic prizes to political tools, and Hollywood may face a heavy loss in China, Song said.

In 2019, the total box office of Chinese movies was close to that of North America, with only Avengers: Endgame in the top three and The Fast and the Furious in 10th place on the list of the 10 highest-grossing movies in China that year. The rest were all Chinese films.

In 2021, the movie market has become so heated that it was even hard to buy a ticket during China's Spring Festival holidays.

After 12 years, Avatar is back with a surprise second screening in China. It took just two days and four hours for the movie to pass the 100-million-yuan ($15 million) box office record, bringing the movie back to the highest-grossing film of all time.

In October 2019, the then-Houston Rockets General Manager Daryl Morey posted on Twitter an image saying, "Fight for freedom, stand with Hong Kong" - a slogan used by Hong Kong rioters. He quickly drew the ire of Chinese people and National Basketball Association (NBA) fans. Morey later resigned, which Chinese netizens said was overdue, as he obstructed ties between China and the NBA with his irresponsible remarks.