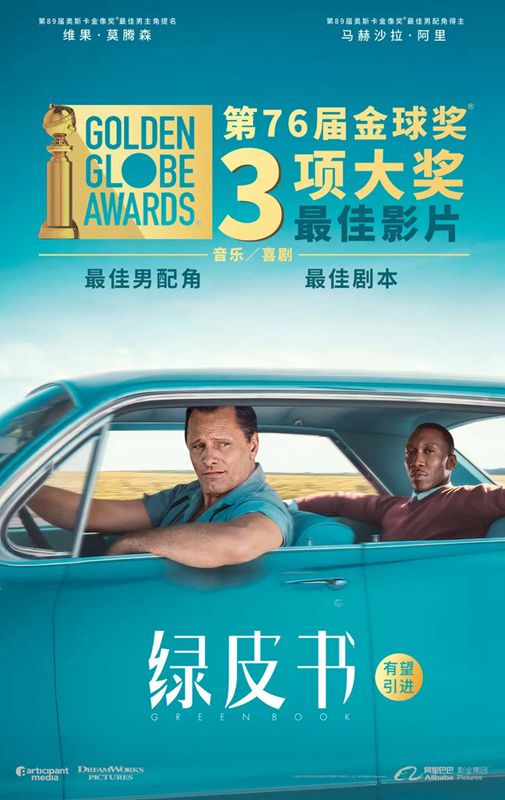 A congratulatory poster released by Alibaba Pictures on Jan. 7, 2019 to celebrate the triumph of "Green Book" at the 76th annual Golden Globe Awards held at the Beverly Hilton Hotel in Beverly Hills, California, Jan. 6, 2019. (Photo courtesy of Alibaba Pictures)

"Green Book," a comedy drama film that has just won three Oscars, is set to debut on the Chinese mainland on March 1, the film's co-financier Alibaba Pictures said Monday.

Set in the 1960s, "Green Book" is based on a true story about a tour of the racially divided South by African-American classical and jazz pianist Don Shirley and Tony Vallelonga, an Italian-American bouncer who served as Shirley's driver and bodyguard.

The film is directed by Peter Farrelly and stars Viggo Mortensen and Mahershala Ali. It won the awards for Best Picture, Best Original Screenplay and Best Supporting Actor at the 91st Academy Awards ceremony in Los Angeles on Sunday.