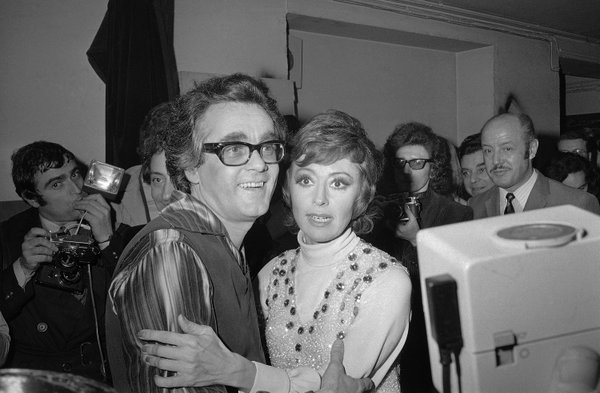 Oscar-winning composer and pianist Michel Legrand, whose hits included the score for the ’60s romance “The Umbrellas of Cherbourg” and the song “The Windmills of Your Mind” and who worked with some of biggest singers of the 20th century, has died at age 86.

Legrand last performed on stage just last month, and was still composing and practicing piano an hour a day even as fatigue increasingly forced him to economize his energy, said Claire de Castellane, a musician and producer who organized a series of recent solo piano concerts by Legrand. De Castellane confirmed his death Saturday, without providing details.

“MICHEL LEGRAND Feb. 24, 1932-Jan. 26, 2019,” read the home page of his official website Saturday, followed by photographs of Legrand with Barbara Streisand, Miles Davis, Yves Montand and others. Tributes poured in on Twitter and Facebook, and French radio and television replayed songs from his vast repertoire.

French President Emmanuel Macron announced condolences to Legrand’s wife and children, hailing him as an “indefatigable genius.” ″His unique tunes that run through our heads and are hummed in the streets have become like the soundtracks of our lives,” he said.

Legrand won three Academy Awards, five Grammys and two top awards at the Cannes Film Festival among other honors, according to his official website. He worked with famed lyricists in Hollywood and on Broadway — including Alan and Marilyn Bergman and Sheldon Harnick — as well as with French New Wave directors.

“The Windmills of Your Mind” won him his first Oscar, as the theme song for 1968′s “The Thomas Crown Affair,” sung by Noel Harrison. The song was later recorded by Dusty Springfield and many others. His songs marked some of the most memorable musical moments in French cinema, including 1964′s “The Umbrellas of Cherbourg” with Catherine Deneuve and “The Young Ladies of Rochefort.”

Over a six-decade career he worked with performers ranging from Frank Sinatra to Aretha Franklin and Sting, and played an outsized role on the French musical scene. He continued touring into his 80s, last performing a month ago at the Paris Philharmonic, and was scheduled to give his next concert in February.

Though he had rich and rigorous musical education, Legrand sought to reach ordinary people. “He wrote very elaborate music, but for a regular audience,” de Castellane said.

Performing right up until the end “was a very beautiful way to say goodbye,” de Castellane said. “He was not afraid of death, he talked about it. He said it made him nervous” — like the nervousness performers feel before going on stage — “but it didn’t frighten him.”