CULTURE Oscars fashion through the years: The great and the puzzling

Oscars fashion through the years: The great and the puzzling 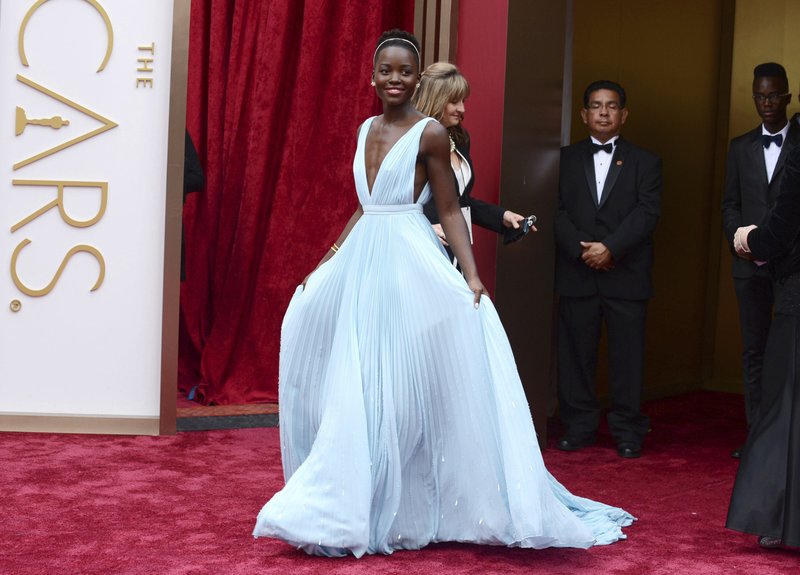 A radiant Grace Kelly glided from her seat, pulling up her long opera gloves, her little evening bag balanced on one arm, as she collected a best actress trophy for “The Country Girl” at the 1955 Academy Awards.

She kept her speech short and sweet: “The thrill of this moment keeps me from saying what I really feel. I can only say thank you with all my heart to all who made this possible for me. Thank you.”

It was a moment that might not have endured without the cool mint satin gown designed for her by Edith Head. At the time, Kelly was the screen’s most memorable blonde, radiating a sophisticated glamour pre-Princess of Monaco. Today, the thin-strapped gown is among the top fashion moments in the Oscars’ 90-year history.

It was also an inspiration for designers to come, said Hal Rubenstein, who wrote the book “100 Unforgettable Dresses.” The gently draped sheath with a near-bustle effect received a riff in soft pink by Ralph Lauren for Gwyneth Paltrow (albeit a little saggy up top) for the 1998 ceremony. Escada’s take in sherbet green was made for Kim Basinger’s Oscars turn the year before.

Kelly wore the gown two other times, at the film’s premiere before the Oscars and on the cover of Life magazine after. It offered a level of glamour that didn’t exist in 1929 at the very first Academy Awards, when best actress winner Janet Gaynor wore a simple skirt and sweater with a casual scarf draped cross her shoulders.

“Edith Head was a costume designer rather than a couturier. Worn with elbow length gloves and little other adornment, Grace Kelly set the bar for a new modern glamour and yet the color is deliciously unorthodox,” said Jo Ellison, fashion editor at the Financial Times and author of the book “Vogue: The Gown.”

The 1960s and ’70s provided some fashion wow, of course, but red carpet frenzy reached stratospheric heights among designers in the 1980s, Rubenstein said.

“If it wasn’t for Armani, nobody would have cared,” he said. “He’s the one who discovered the PR quality in dressing people for the Oscars. He’s the one who latched on to Anjelica Huston and Jodie Foster and Michelle Pfeiffer.”

Among Ellison’s top Oscar moments: Lauren Hutton in 1980, in a shiny gold short playsuit by Zoran.

“Wearing gold to the Academy Awards is today such a cliche. I hardly notice, but this gold lame stops me in my tracks every time — the glossiest, most glamorous and most glorious gold outfit to grace the red carpet ever,” she said.

Today, the Oscars is the most important carpet of the awards season, but those moments depend as much on the human inside the outfit.

It was her vibrant red Ralph Lauren gown with cape at the 2014 Golden Globes that launched her as a fashion It Girl in 2014, but it was her soft blue Cinderella Prada later that year, with its crystal sparkle in the pleats, low V neck and delicate headband that secured her spot, let alone on screen with “12 Years a Slave” and, now, “Black Panther.”

“She took it to the next level,” said Joyann King, editor of HarpersBazaar.com. “It was stunning and it really set her apart.”

The next year, Nyong’o wore a white faux pearl-embellished dress by Calvin Klein to the Oscars. Yes, it’s the one that was stolen soon after but later returned by the thieves.

Sometimes, it’s all about color. Oscar fashion moments based on that factor include Michelle Williams in her ruffled buttercup yellow Vera Wang in 2006 and Nicole Kidman’s 1997 embellished chartreuse Dior by John Galliano, Ellison and others said.

“Nicole Kidman completely transformed the red carpet culture,” Ellison said. “It was one of the rare times an actress had worn a designer gown from a French couture house, cementing the union between high fashion and the film aristocracy.”

For Williams’ look, it was as much about style and personality, she said.

“The dress was totally captivating with the strong color and the red lip, all accessorized with her beaming smile. It earns my nomination for the best Academy look of all time,” Ellison said.

King points to precursors who took some risks.

Arnold Scaasi put Barbra Streisand in a see-through sparkly trouser look in 1969, the year she tied with Katharine Hepburn for an Oscar for “Funny Girl.” The sheer set with a white Peter Pan collar, black bow at the neck and wide white cuffs remains one of the more puzzling fashion moments for a major star in Oscar history.

The pants included huge, swishy flares that began below the knee and tripped her up a tad on the stairs on her way to collect her statuette, which she greeted with a resounding: “Hello, gorgeous.”