Will "Black Panther" get a best picture nod? Will "Roma" be Netflix's first contender for the Academy's top prizes? Will "A Star Is Born" rebound from a thumping at the Golden Globes? 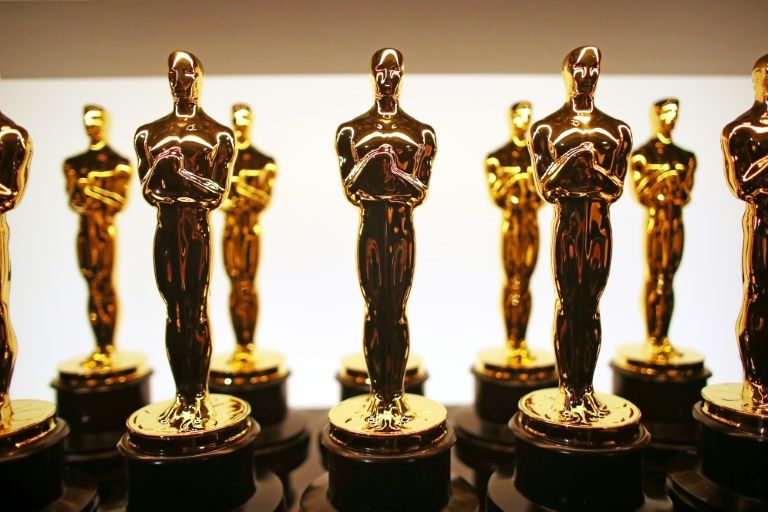 All will be revealed on Tuesday morning before dawn in Los Angeles, when the nominations for the Oscars -- Hollywood's most coveted awards -- are unveiled, just over a month before they are distributed.

So far, the awards season has been a bit surprising, with prizes sprayed among a variety of films. So Tuesday's announcement should give the race to the Academy Awards on February 24 a bit more clarity.

One of the most buzzed-about films is "Roma" from Alfonso Cuaron -- a black and white ode to his childhood in 1970s Mexico City that took home two Golden Globes, including best director.

The film was produced by streaming giant Netflix, which has come under criticism from its more traditional rivals for its strategy of massive online distribution of original content -- and screenings in only a few cinemas.

"Roma" would be the first Netflix film to vie for glory in major Oscar categories.

Also atop the list is "A Star Is Born," the latest iteration of the classic musical romance led by the powerhouse duo of actor-director Bradley Cooper and pop diva Lady Gaga.

It disappointed at the Globes with only a win for best original song, but Gaga's best actress win (in a tie with Glenn Close in "The Wife") at the Critics' Choice Awards gave the film a bit more momentum.

Civil rights dramedy and surprise three-time Globes winner "Green Book" moved up in the conversation over the weekend when it won best film at the Producers Guild of America awards.

Twenty times out of 29, the PGA award winner has gone on to take the best picture Oscar, including "The Shape of Water" last year.

Also in the mix are a wide variety of films including offbeat royal romp "The Favourite," Dick Cheney biopic "Vice" and superhero blockbuster "Black Panther."

For many pundits, the thousands of voters in the Academy of Motion Picture Arts and Sciences are at a crossroads: do they go with Cuaron's auteur masterpiece, or a quality crowd-pleaser that raked in oodles of money?

"'Black Panther' offers a choice. It ticks off enough boxes to make people feel okay about themselves supporting it," she said, referring to the Marvel film's mainly black cast, black director and boffo box-office numbers.

"The other path is pure cinema: to reward the artistic achievement of Alfonso Cuaron's 'Roma'... It says that they're now saying okay to the hybrid cinema future of streaming + theatrical."

Last year, the awards season was marked by the Harvey Weinstein scandal, and the birth of the #MeToo and Time's Up movements against sexual misconduct and harassment in the workplace.

This year, multiple controversies are plaguing the Oscars -- none of them related to last year's bombshell.

In August, the Academy -- under fire for being too elitist -- announced it would add a "best popular film" award. But many saw the new category as a booby prize for blockbusters like "Black Panther" that would keep them out of contention for top honors.

The plan was scrapped a month later.

Then actor-comedian Kevin Hart had perhaps the briefest tenure ever as Oscars host -- a few days. He withdrew after homophobic tweets he had written years ago sparked a crippling backlash on social media.

By all accounts, with many stars reportedly unwilling to grasp the poisoned chalice, the Academy has opted to go forward without a host.

Of course, on Oscars night, the focus will revert to the nominees, and the red carpet glamour.

In the best actor category, Christian Bale looks to be the frontrunner for his uncanny portrayal of Cheney in "Vice."

But Rami Malek's Golden Globe win for his work as Freddie Mercury in Queen biopic "Bohemian Rhapsody" put him into the conversation. Viggo Mortensen ("Green Book") and Cooper ("Star") are also contenders.

For best actress, Close's momentum is soaring after her twin Globe and Critics' Choice wins for "The Wife," in which she plays a woman author whose marriage boils over when her writer husband wins the Nobel Prize.

But Gaga and Olivia Colman, who plays Queen Anne in "The Favourite," are expected to give her a fight.

The nominations will be announced on Tuesday starting at 5:20 am Pacific time (1320 GMT). Actors Tracee Ellis Ross and Kumail Nanjiani will do the honors.