CULTURE Our parks are alive with the sound of music

Our parks are alive with the sound of music

Performances in the park are common summer fare in cities across the world, but not all of them are necessarily professional productions.

An amateur orchestra of retirees delights onlookers with its music-making in Lu Xun Park. (Photos: Shine.cn)

In Shanghai parks, both pocket-size and expansive, local people are out displaying grassroots talent.

Musical bands formed of retirees play in Lu Xun Park, much to the delight of area residents for whom parks are often social outings. 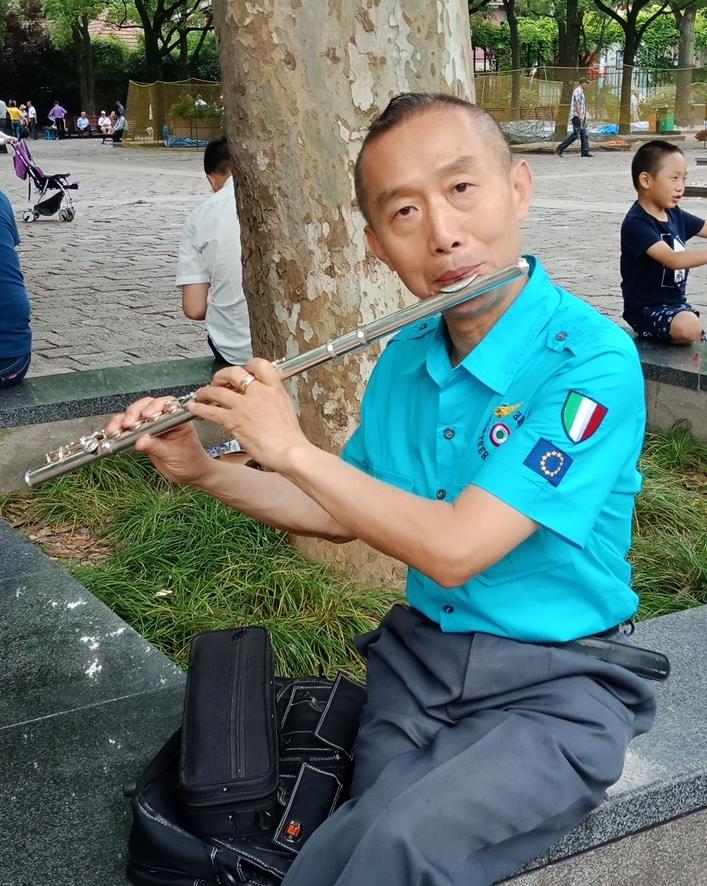 Flutist Yang practices under the trees.

“I come for walks every day, sometimes alone, sometimes with a group of friends,” says Qian Changbao, 71. “Old people usually have few places to go. Here is great because the air is fresh and there is space for us.” 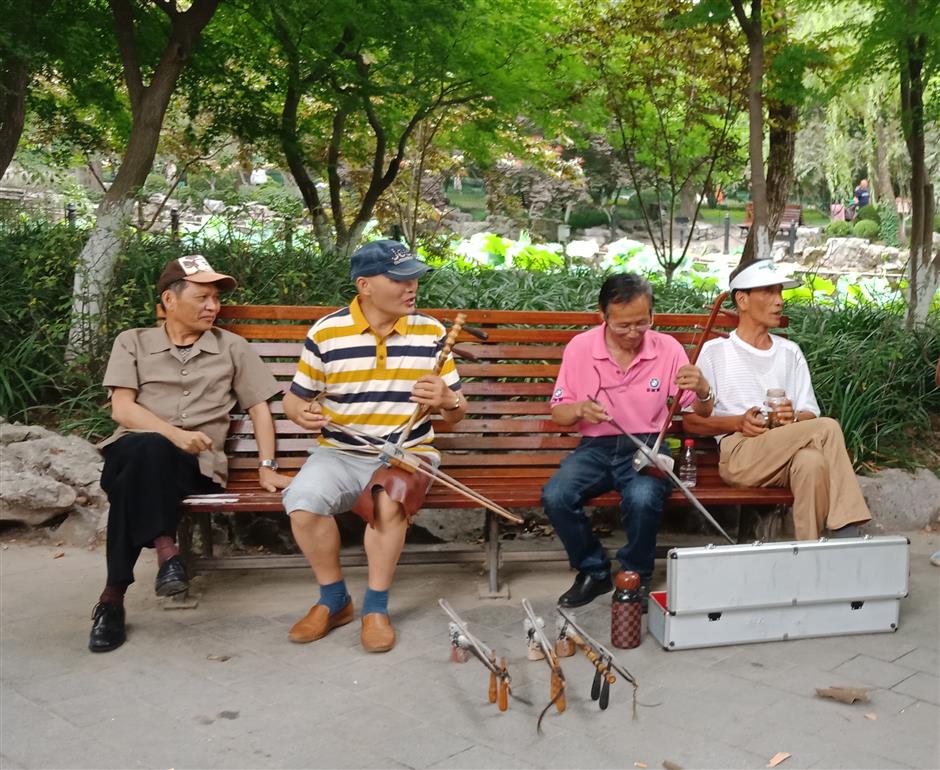 Qian is part of a crowd of onlookers who have stopped to listen to a retirees’ band. Every weekend, locals bring stools and cameras to the park and listen to two-hour amateur concerts.

The conductor, himself a senior citizen, sets the tempo with an improvised baton. The musicians in front of him sit in an ersatz orchestra formation with their trombones, trumpets, saxophones, flutes, drums and other instruments.

The players may not always be in perfect harmony, but what they lack in precision they make up for in enthusiasm.

“Everyone sings out together!” a band member says as he announces the next piece.

The onlookers are only too happy to comply. The songs are often pieces of nostalgia from bygone days. Qian stands next to a tree, mouthing the lyrics inaudibly and tapping his feet silently.

“Old songs keep my spirits up,” he says. “I know some of those performers. They are very dedicated.”

It’s all music to the ears of local authorities. The Shanghai Greenery and Sanitation Bureau is trying to promote more entertainment and social activities in city parks. Chess benches, pavilions and children’s funfairs are among the attractions in various parks.

Guangchangwu, or line dancing, is popular with park-goers. At Heping Park, residents are busy doing the jiamusi, a low-impact workout line dance that takes about 30 minutes.

At 4:15pm sharp, seniors of all ages gather in a line. At the front, women wearing pink-and-white workout gear lead the group in a series of moves carried to the rhythm of a march. The participants keep the formation precise, giving the appearance of a military ensemble.

“Many who don’t dance at all are willing to join in,” says a woman in her 50s, who coordinates a session every day.

Her group is good enough to participate in district-run line dancing competitions.