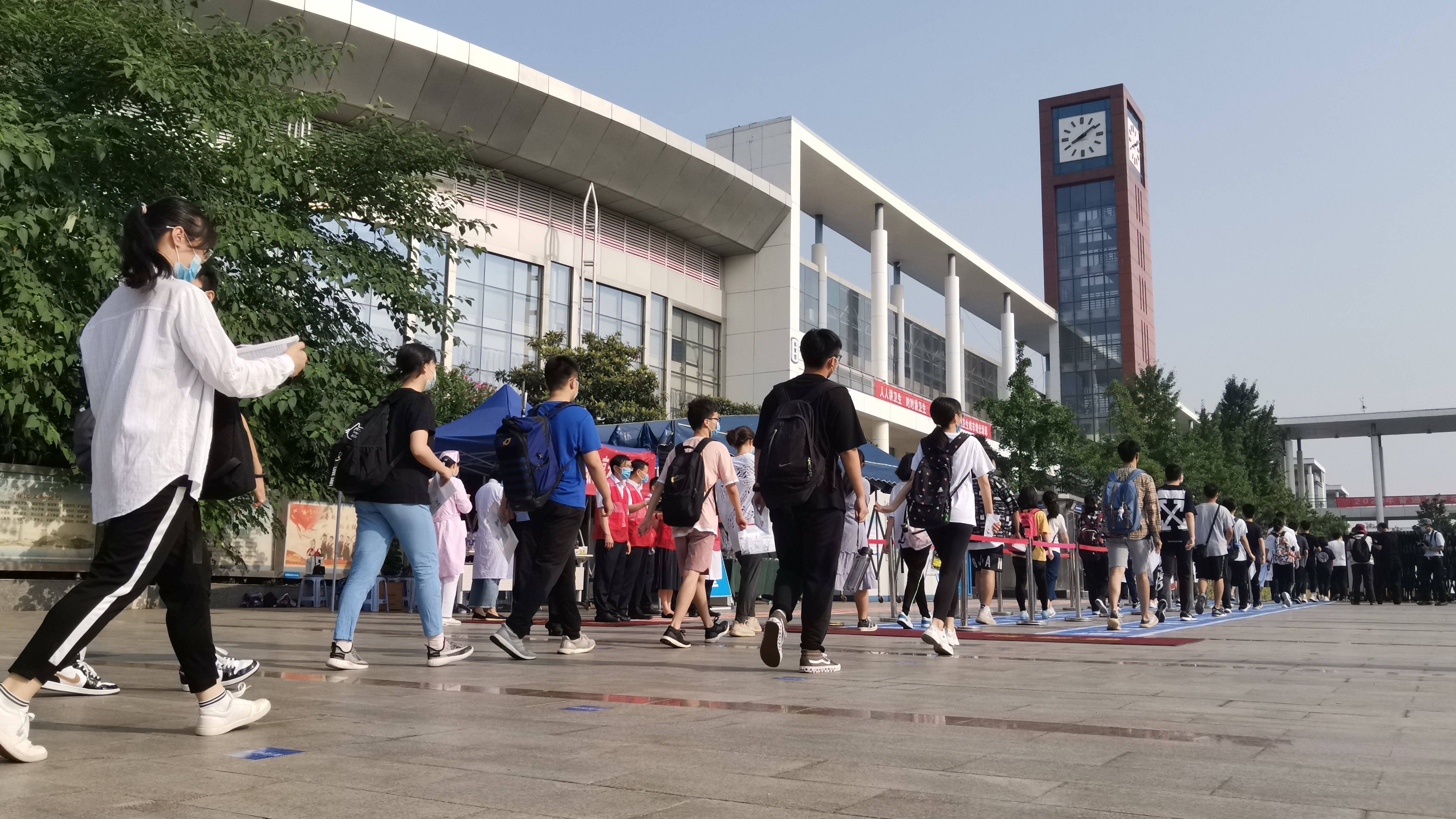 This year's Gaokao, the most important event for Chinese students, has been delayed by one month due to the epidemic. More than 7,000 exam centers have been set up, with around 400,000 examination rooms, while 945,000 people work as invigilators or service providers.

In Xi'an, capital of northwest China's Shaanxi Province, body temperature checkpoints have been set up at the entrance of exam centers, and disinfection is carried out after every exam.

At Xi'an Huanghe Middle School, students went through two temperature checks before entering the exam rooms. In between the checks, students waited in the school playground for ID verification.

The school also set up three spare exam rooms for quarantine, where students with fever and cough are sent after a diagnosis.

In Yinchuan, the capital of northwest China's Ningxia Hui Autonomous Region, local educational authorities reduced the number of students in each exam room from 30 to 25 and replaced fingerprints with facial recognition to avoid contact.

According to the Ministry of Education, daily temperature checks and health monitoring of Gaokao candidates and staff began across the country 14 days before the exam. Emergency plans have also been drawn in flood-hit areas.

With the one-month delay, China has entered one of the hottest months and educational authorities have adopted measures to mitigate the impact of heat on students' performance.

In south China's Guangdong Province, local educational authorities said air conditioners had been installed at all exam centers across the province this year for the 674,000 students.

Similar measures have also been taken in central China's Wuhan, a city formerly hit hard by the novel coronavirus, where about 59,000 students are taking Gaokao at 58 air-conditioned test centers.

Society has also been mobilized to make it more convenient for students to take the Gaokao.

In Haikou, capital of south China's Hainan Province, 10 volunteer service stations have been set up across the city to provide students and parents with epidemic control information, psychological counseling, free rides to exam centers, and traffic guidance.

The service has been provided for over 10 years during the Gaokao, but this year volunteers serve with extra care, requiring students and parents to wear masks and providing disinfectants.

Xiao Dan, a health worker in northeast China's Jilin Province, is serving during the Gaokao for the first time in her 23-year career, and admits to being under pressure.

In charge of epidemic prevention at an exam center, she determines whether a student needs to use spare exam rooms or undergo nucleic acid tests.

One week before the exam, Xiao and her team had started disinfecting exam centers and making preparations. She arrived at the school two and a half hours before the first exam Tuesday to rehearse the process again.

"My child is in the second year of high school, so I very much understand how the parents feel. I am also trying my best to make sure all goes well for the students," Xiao said.