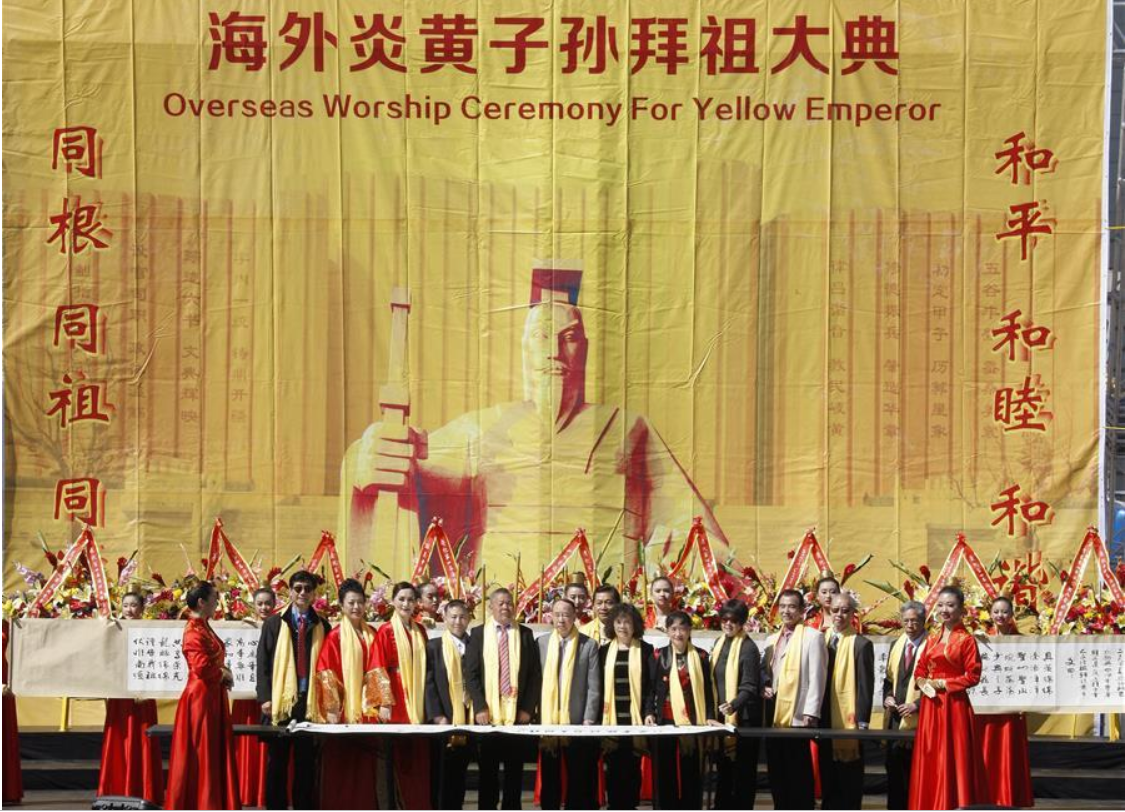 SAN FRANCISCO, March 31 (Xinhua) -- Thousands of overseas Chinese held an annual grand ceremony here on Sunday to pay tribute to the Yellow Emperor, who is considered as one of the common ancestors for all Chinese, in an effort to better integrate the Chinese heritage into the diversified American culture.

The Fourth Overseas Worship Ceremony for Yellow Emperor kicked off at the Civic Center in downtown San Francisco, starting with the performance of thunderous drum-beating and lion dancing by a local lion dance association.

Proceeding in nine traditional rituals includes the offering of flower baskets, hand-washing and incense-offering, bowing to the statue of the Yellow Emperor, and reading of memorial orations. Sunday's ceremony underlined the theme of "Same Root, Same Ancestor, Same Origin, Peace, Amity and Harmony."

Representatives of Californian government officials, the state assembly, mayors and deputy mayors of the state's local governments, leaders of the Chinese American community in San Francisco, various local Chinese cultural organizations and students attended the event that aims to tighten the cultural link between the United States and China.

The ritual commemorations incorporated the strong Chinese cultural heritage represented by the performance of Chinese Kong Fu (martial arts), Peking Opera, and a chorus by various art groups of the Chinese community in the city.

Lili Zhang, president of the Overseas Chinese Cultural Heritage Foundation, said the grand worship ceremony will help overseas Chinese remember their ancestors and carry forward the Chinese culture in their residing country to co-exist peacefully with other American communities from different cultural backgrounds.

"This is an important event ... we can celebrate our cultures, celebrate humanity and the heritage that we bring together," he said.